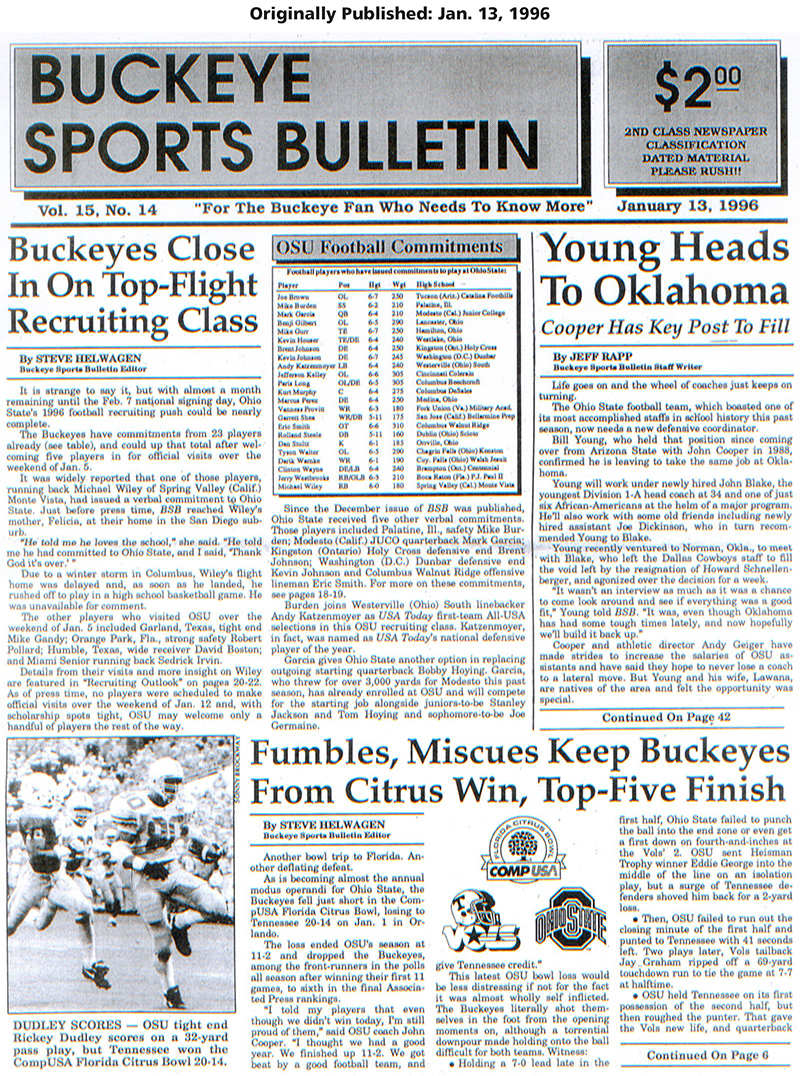 Before he was a surefire Pro Football Hall of Famer, Peyton Manning was a collegiate standout at Tennessee. He had his chance to face Ohio State on Jan. 1, 1996, in the Citrus Bowl. The Buckeyes led, 7-0, early, but Manning led his team to a 20-14 victory.

It was a pedestrian day from the future NFL quarterback, who completed 20 of 35 passes for 182 yards with one touchdown. Ohio State’s Bobby Hoying was 19 for 38 for 246 yards with a touchdown and an interception.