BSB Reprints: Anthony Gonzalez In The News: Now And Then 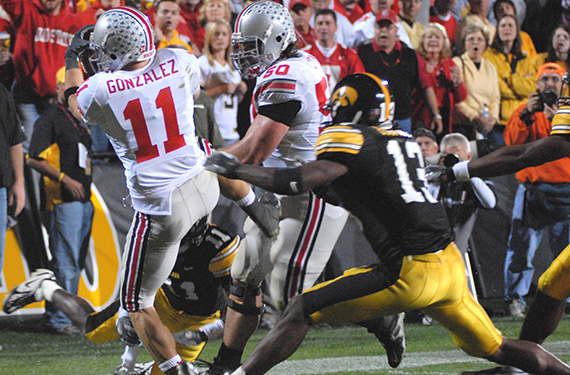 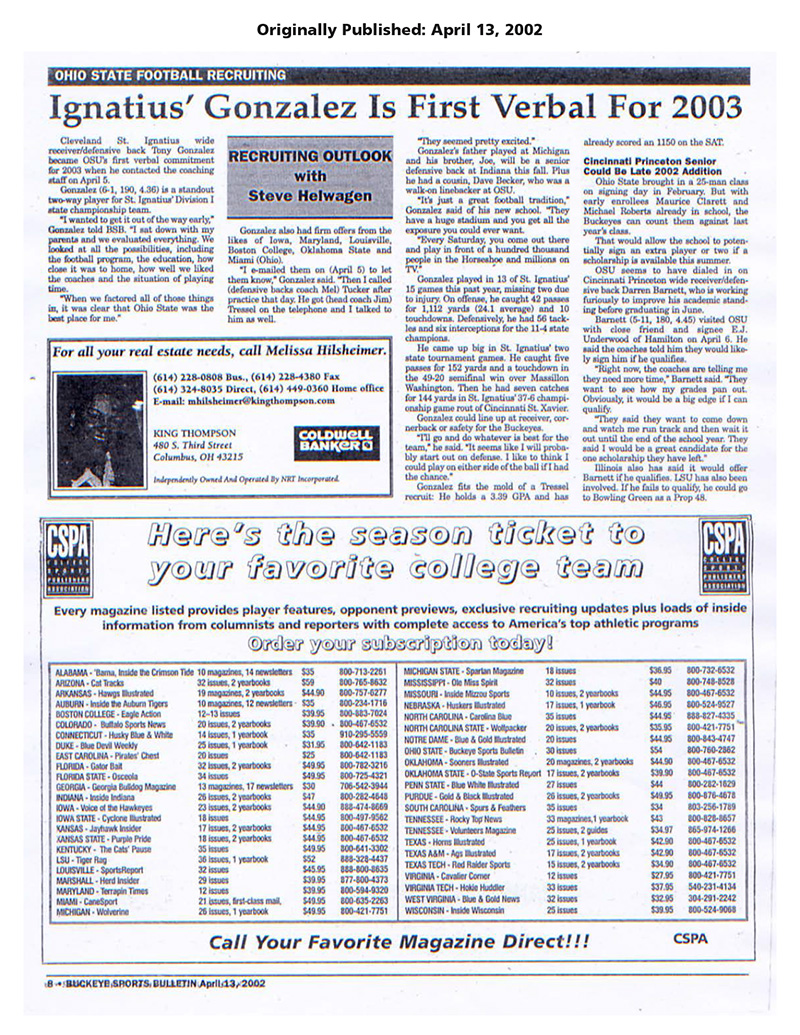 While the former first-round pick in the 2007 NFL Draft said he’s in favor of compensating athletes as a general rule, the bill signed by Newsom allowing athletes in California to benefit from their likeness is not the best way to compensate athletes.

Gonzalez said there needs to be one federal law put in place alongside the NCAA to prevent players from “choosing the state with the most favorable law.”

“I actually think we should have one federal law that allows this to take place, alongside of regulation at the NCAA level that will even the playing field for everyone and it will provide important benefits to athletes who I think absolutely deserve them,” Gonzalez said.

With Gonzalez’s push for fair compensation of college athletes garnering national attention, we decided to look back through the Buckeye Sports Bulletin archives at his time as a standout wide receiver for the Scarlet and Gray.

This installment of BSB Reprints travels back to the spring of 2002 when Gonzalez committed to Ohio State out of Cleveland St. Ignatius, to the spring of 2005 when he impressed teammates in camp, and to the fall of 2005 when Gonzalez ripped the hearts out of the Wolverine faithful with a clutch catch, setting up a game-winning touchdown in the Buckeyes’ 25-21 win in the Big House.