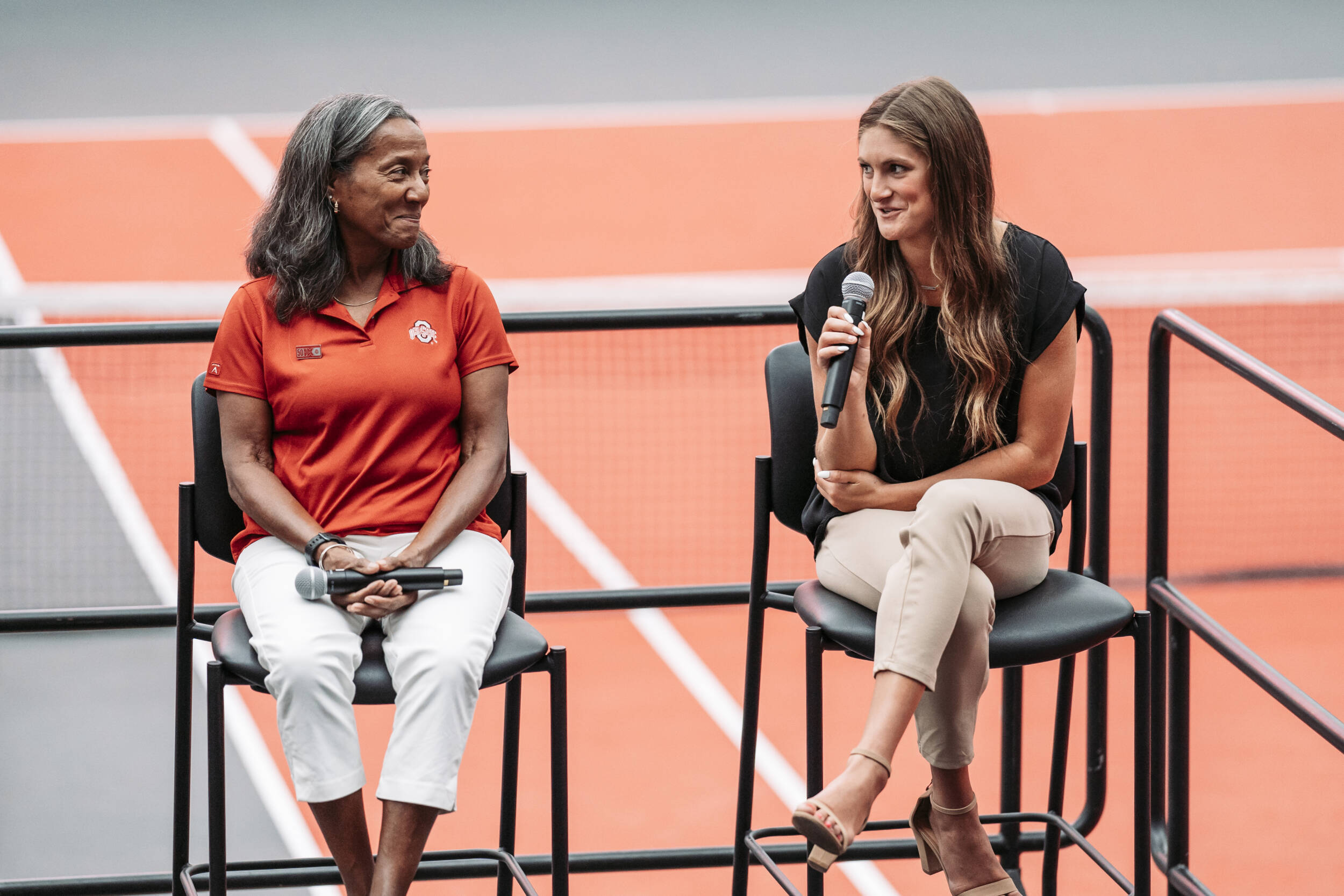 Miechelle Willis accomplished much during her academic, athletic and administrative careers. The longtime Ohio State athletics administrator is a Buckeye at heart but wore several different hats in an almost 50-year relationship with sports in higher education.

Willis was a standout track and field athlete at Grambling State, a school where she earned an undergraduate in physical education and a master’s in athletic administration. Her work continued as a track and field coach and field hockey coach at Montclair State, positions she held for nine years. With added experience as a flight medic in the United States Air Force, Willis started as an athletic administrator at Temple before finally joining the Scarlet and Gray.

A 23-year employee for Ohio State, Willis sparked significant change during her time with the Buckeyes, becoming a symbol of inclusivity for women and people of color at the university.

Buckeye Sports Bulletin staff writer Chase Brown spoke with Willis for the annual interview issue and in a two-page Q&A, Willis discussed her administrative career and her time in the military.

Here is a sampling of questions Brown asked Willis about:

BSB: After seven years at Temple, you moved to Columbus and joined the Ohio State athletic department during Jim Jones’ final year as athletic director and Andy Geiger’s first year. Which person hired you, and what were your first duties?

Willis: “Andy Geiger hired me. He had been at the university all of six months, and I think I was one of his first hires. How I came to Ohio State was during that time I was doing drug education – I was actually at Montclair State at the time – attending a drug education conference associated with an NCAA seminar. Archie Griffin and John Lombardo were speakers in one of the sessions. When it was over, I walked up to Archie and told him that he played on the Bengals with a classmate of mine, Mike St. Clair. He said he knew him, and we hung out and developed a friendship from there.

“When I was at Temple, I continued my communication with Archie and we would get together and communicate. We would usually grab dinner when he was in New York for the Heisman Trophy ceremony. Seven years into my time at Temple, he called me and told me about an open position at Ohio State. I weighed the schools, right? Ohio State against Temple. Ohio State against Temple. It was clear. I interviewed for the position and ended up winning.

“It was great, but it took some learning, too. Archie and I had an agreement that I would teach him sport administration – because he really didn’t know much at the time – and he would teach me Ohio State. We made a great team, and I loved working together with him. He is a great individual, a great person. He taught me a lot, and I hope I taught him a lot as well.”

BSB: Many would consider Archie Griffin their favorite Ohio State athlete of all time. Who has been your favorite Buckeye athlete over the years?

Willis: “It would definitely be Archie. I’ve learned so much from him, and I hope the athletes at Ohio State emulate their lives after his life and who he is as a person. I’ve never seen him have a bad day. If he was having a bad day, you wouldn’t know it. He can’t walk five feet without being stopped in Columbus. People always wanted pictures and autographs, and he never denied them. He never seemed irritated by that. Archie was always humbled by the affection and love that people have for him here. So often with high-profile athletes, it is all about them. For Archie, it was never about him.

“I never saw Archie play in person, but watching him on tape I always thought to myself, ‘Man, he was fast!’ I enjoy going back and seeing some of that footage of him playing, but I think his impact on me as a person makes him an easy pick for my favorite Buckeye. I have all the respect and love in the world for Archie.”

Brown’s full interview with Willis features 12 more questions that can be seen in the July print edition of Buckeye Sports Bulletin available to subscribers. Subscribe at this link to receive immediate online access, or call 614-486-2202 to subscribe and receive online access, and ask about receiving our July interview issue.