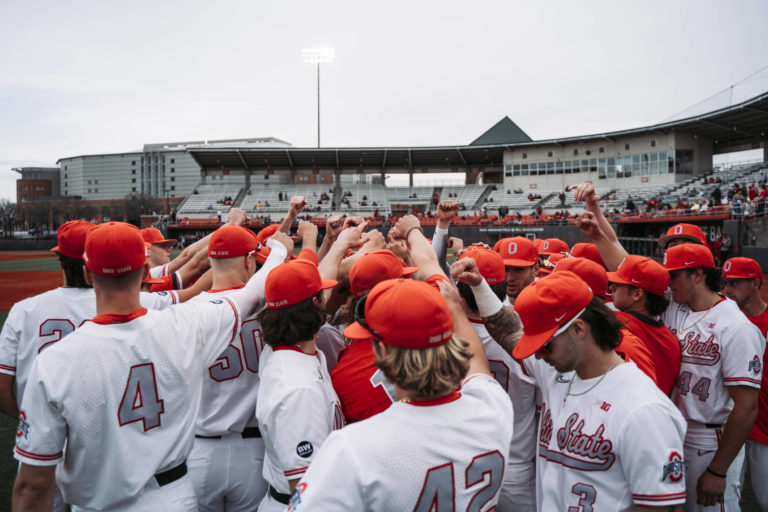 Ohio State head coach Bill Mosiello has made his first additions to the Buckeye baseball coaching staff, adding Andrew See and Greg Wallis as assistants and Damon Lessler as the director of operations.

“These three guys are great character guys with a ton of integrity and I’m excited for our program,” Mosiello said. “I was looking for guys who were smarter than me and worked harder than me. The smarter part wasn’t hard, and they are all extremely hard workers. We’re going to have a family atmosphere, and our players are going to grow up with these guys’ families, and that’s important to me. I can’t wait to get everyone together.”

See will be Ohio State’s pitching coach after spending seven years at Clemson in the same role. The Tigers made four NCAA Tournament appearances during his tenure, and the pitching staff was amongst the best in the ACC during that stretch. See also spent time as a pitching coach at Duke before his time at Clemson. In college, See played for three seasons at Ohio University and returned to be a pitching coach and recruiting coordinator for the program from 2007-12.

Wallis spent the last nine years at Grand Canyon as an assistant coach and recruiting coordinator. He was with the program during its transition to Division I and wrapped up his time there with back-to-back trips to the NCAA Tournament. Wallis’ final two recruiting classes at Grand Canyon were ranked as one of the top 10 best at the mid-major level.

Lessler will be a director of operations after serving as an assistant at Charleston Southern in 2022. He was also designated as the program’s hitting coach, helping the Buccaneers’ offense surge toward a Big South Championship series berth last season.

Before Lesser landed at Charleston Southern, he coached at California-Berkeley for three years, serving as the Golden Bears’ infield, catching and base running coach while working with the team’s hitters. He also held roles as Cal’s third-base coach and assisted in recruiting.