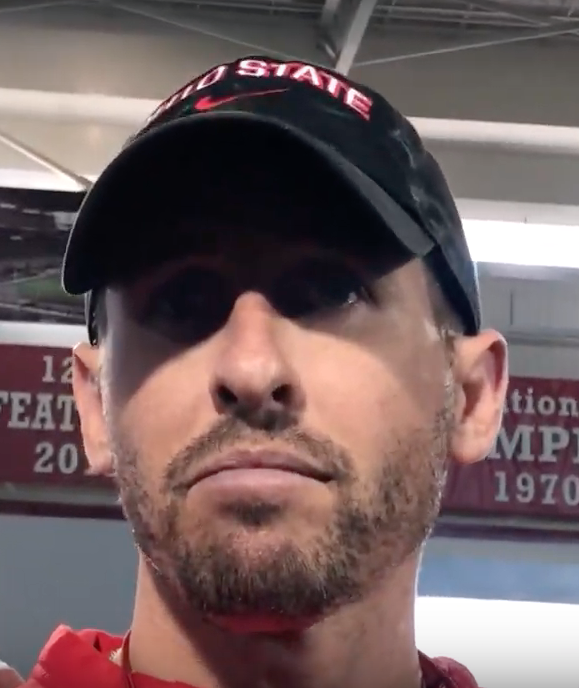 At Ohio State, position groups such as wide receiver possess far too much talent to not reload.

Since the 2018 season ended, Brian Hartline has worked around the clock to make sure the Buckeyes pick up where they left off.

“To me, it’ll be all based … on opportunities and how we’re going,” Hartline said. “Obviously, I think there’s going to be some things that we’re going to be doing a little different than we did last year — just like anything. Our offense is always geared to our skillset and what our skillset is best throughout the board, whether it be O-line, the quarterback or running back, or ourselves (as coaches). Offense, fundamentally, maybe could be tweaked a little bit. But execution wise, there’s going to be opportunities and I’m very confident in our group.”

OSU transitions from Dwayne Haskins as its one-year starter at quarterback, likely putting the ball in the hands of dual-threat Justin Fields when the 2019 campaign gets underway.

Despite the tweaks to the personnel, head coach Ryan Day remains in charge of the scheme with pass-heavy principles, positioning Ohio State’s receivers for more production going forward.

“A lot of that credit goes to the quarterbacks,” Hartline said. “They’ve done a great job reaching out to us and, again, it’s a two-way conversation. So we’ve done a good job of reaching back and I think that that’s continuing to grow.”

Fifth-year seniors K.J. Hill (6-0, 195) and C.J. Saunders (5-10, 190) return to H-back with competition from “most improved” redshirt freshman Jaelen Gill (6-0, 195), while a blend of upperclassmen and underclassmen round out the receivers’ post-spring depth chart.

“Back to last spring, when we kind of had a new quarterback stepping in, the growth we had from spring to fall was paramount and we have to have that again,” Hartline said. “But I think we’re on a really good track.”