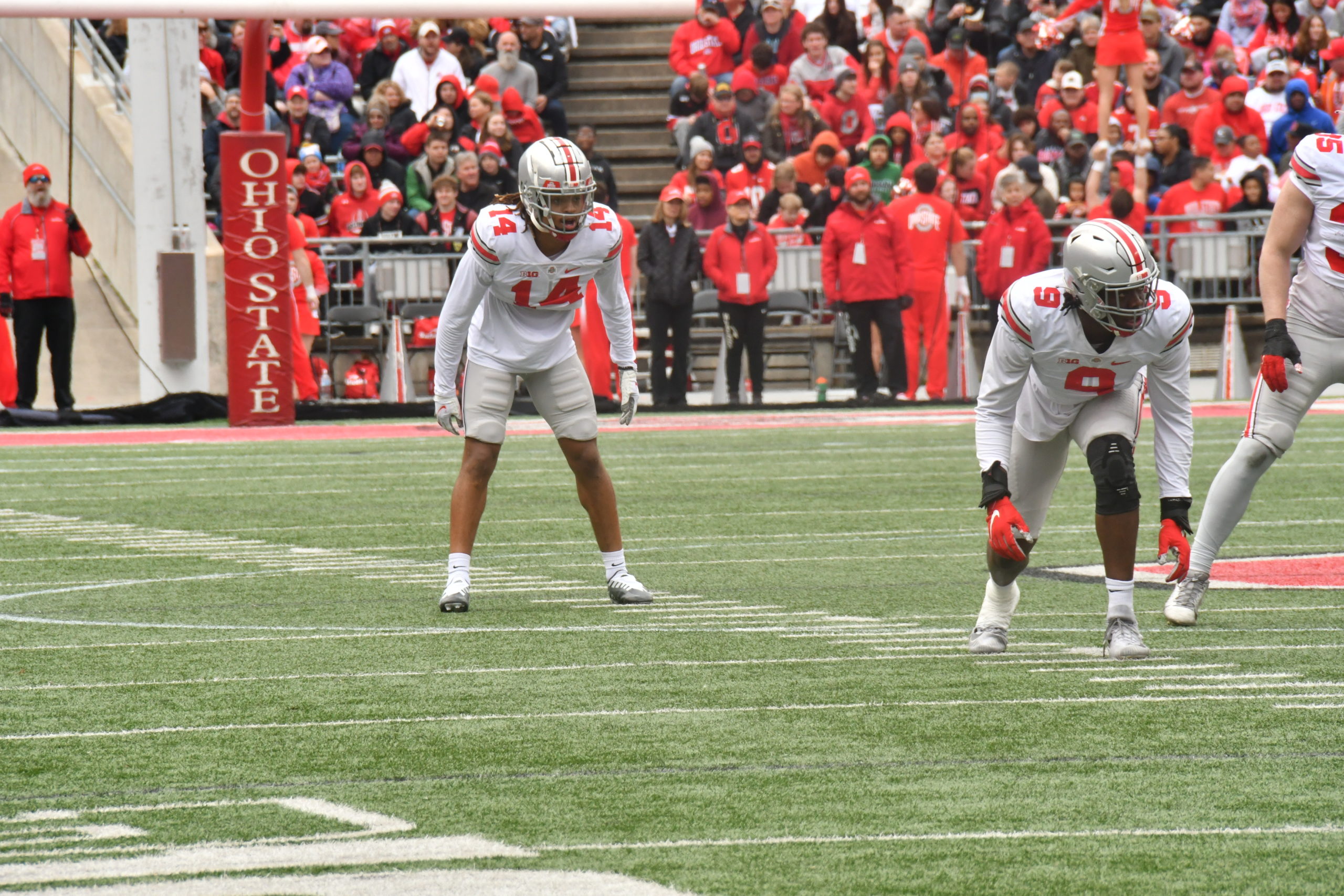 Ohio State football continued to collect preseason recognition on Tuesday, as a total of four Buckeyes were placed on the Bronko Nagurski Trophy and Outland Trophy preseason watch lists.

Both of Ohio State’s starting tackles, Paris Johnson Jr. and Dawand Jones, were named to the Outland Trophy watch list on Tuesday. The Outland Trophy is awarded to the best offensive lineman in college football, as voted on by the Football Writers Association of America.

Johnson spent last season on the interior, lining up at guard for a majority of snaps, but will shift back to his natural position of tackle in 2022. He garnered All-Big Ten honors by both the conference’s media and coaches last season. Jones started all 13 games for the Buckeyes last season at tackle while collecting All-Big Ten second team honors. Both Johnson and Jones helped the Ohio State offense lead the nation in yards per game and points per game in 2021.

Flipping over to the defensive side of the ball, defensive end Zach Harrison and safety Ronnie Hickman were elected to the Bronko Nagurski Trophy watch list, which is granted to the best defensive player in college football and voted on by the FWAA.