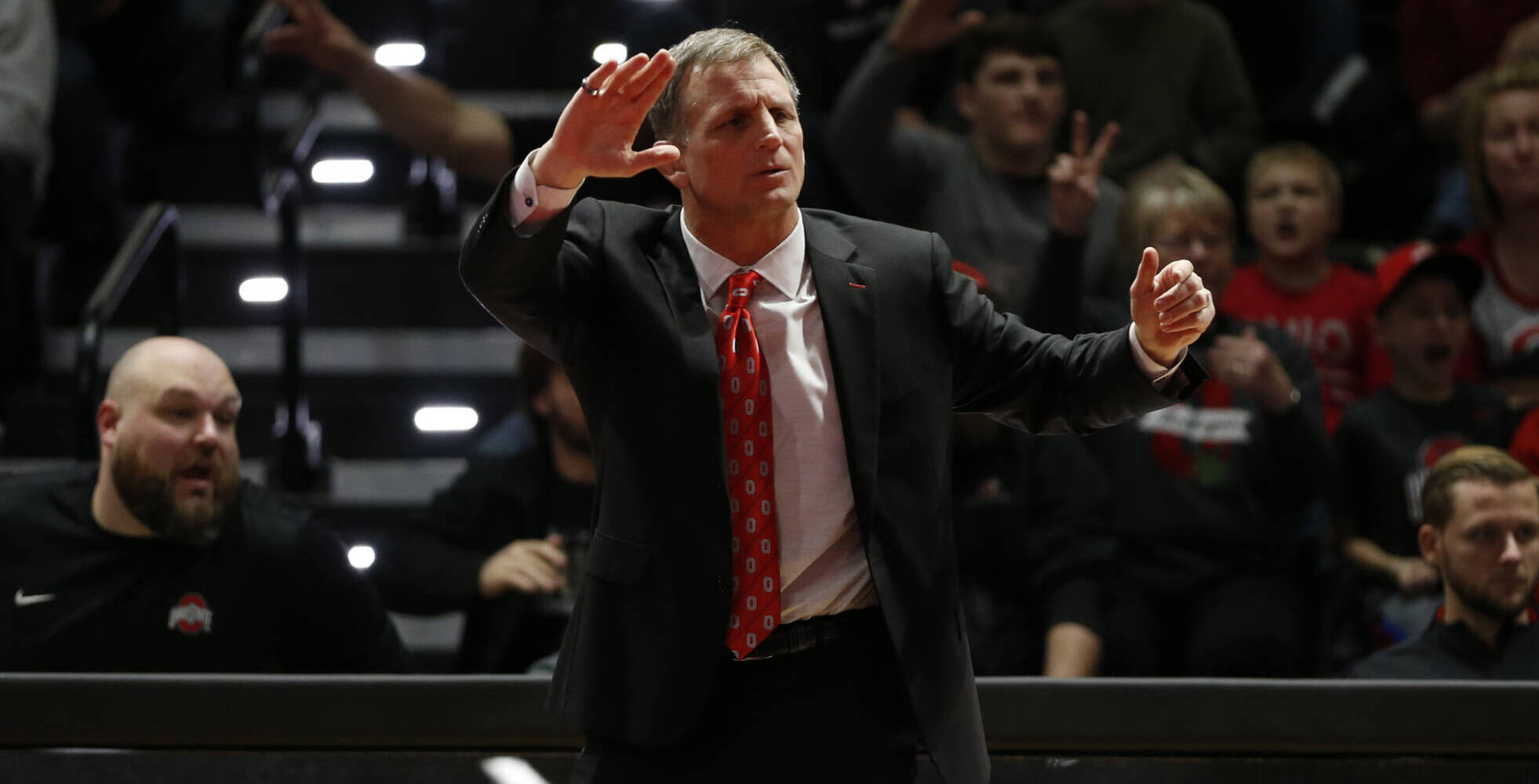 Ohio State wrestling will start its 2022-23 season with three non-conference opponents, including a rematch with Virginia Tech and duals against Columbia and Kent State in the Covelli Center in Columbus.

The Buckeyes traveled to Blacksburg, Va., last season to face a then-ranked No. 10 Hokies squad at the Cassell Coliseum. Ohio State earned a 17-13 win that was not decided until the final heavyweight bout between Tate Orndorff and Virginia Tech’s Nathan Trexler.

Orndorff and Trexler were scoreless after the first period, but the Ohio State wrestler was awarded the match’s first point with an escape to start the second. He earned a two-point takedown at the end of the frame to take a 3-1 lead. In the third, Orndorff was called for stalling, which awarded Trexler his second point, but Orndorff kept his composure and secured a 3-2 victory and a dual win for the Buckeyes.

This season, Ohio State will host Virginia Tech on Nov. 11 for the second part of a home-and-home series with the Hokies.

Ohio State’s next non-conference matchup will be against Columbia on Nov. 18. The programs have only met once previously — a dual the Buckeyes won 37-0 in New York. In 2021-22, the Lions went 4-11 in the regular season with losses to Big Ten champion Michigan and Maryland. They also competed in the Cliff Keen Las Vegas Invitational.

The Buckeyes’ final non-conference contest will be against Kent State on Dec. 11. Ohio State has a record of 18-6 against the Golden Flashes, with wins in the last nine meetings. The series dates back to 1930, when OSU defeated the Mid-American school 19-8 in Columbus.

Ohio State wrestling will sell season tickets to its non-conference and Big Ten duals in the Covelli Center this season. In a press conference with media after the 2021-22 season, head coach Tom Ryan said the program would look to compete at least once inside the Schottenstein Center, with the opponent likely being Penn State. Should the Buckeyes have Michigan and Iowa on their schedule, they would face those schools on the road.