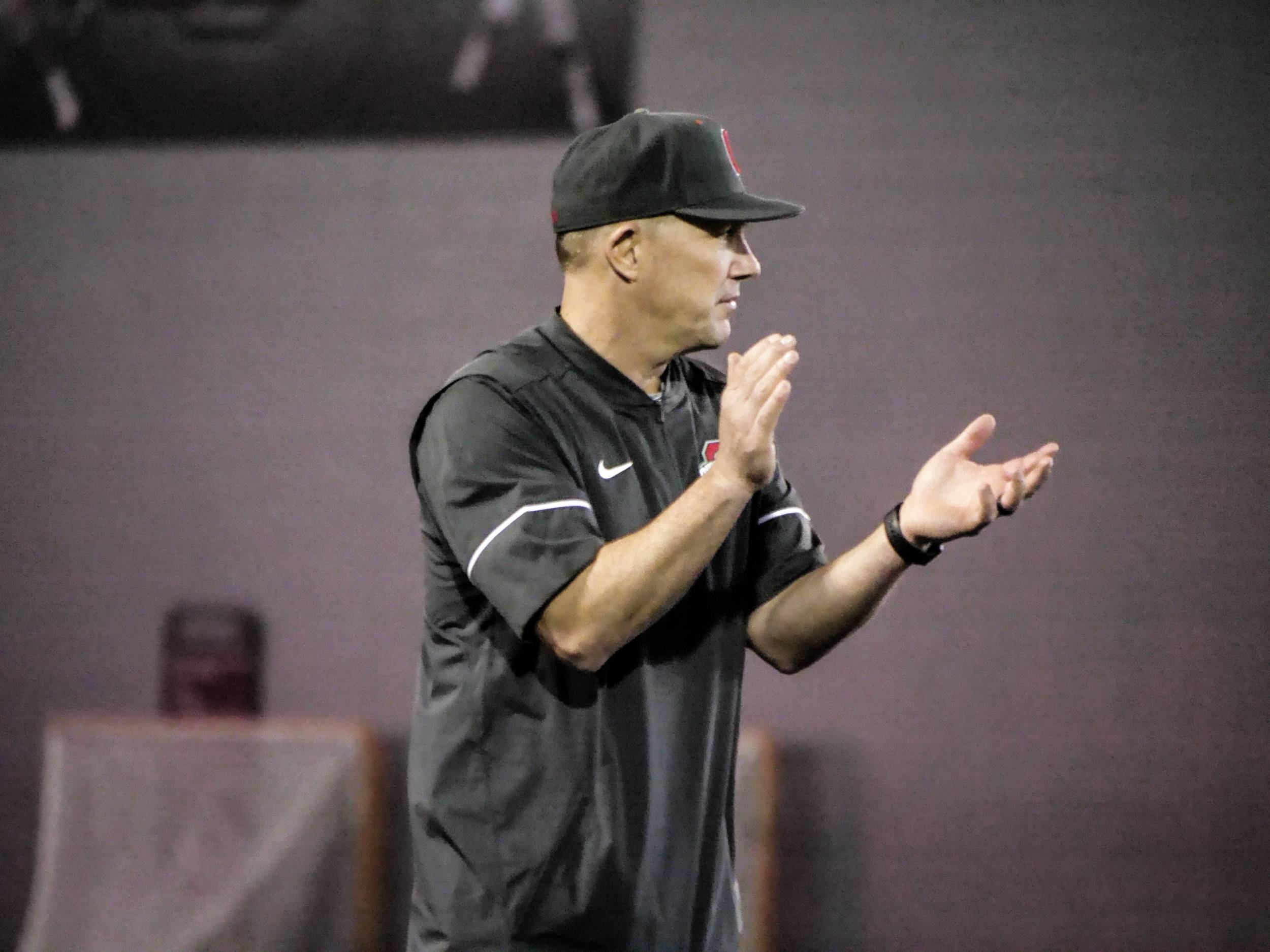 Ohio State head coach Greg Beals knew that his team was going to have to rely on a young pitching staff this season after much roster turnover. While he said his young pitchers were very talented, he did not know what to expect when they finally took the mound against another team.

The Scarlet and Gray kicked off the 2019 season with a three-game sweep of Seton Hall and a victory against Florida Gulf Coast, returning to Columbus with a 4-0 record.

Redshirt freshman southpaw Seth Lonsway started the season strong with a six-inning outing in his collegiate debut, where he struck out six while allowing only one run on three hits and two walks against the Pirates.

“I’m excited about how well some of the question marks were as far as the young, inexperienced pitching staff,” Beals said. “They came out and pitched very, very well. I think it’s going to be very critical that we continue to move forward and we move forward in the same way that we have been — that we prepare at an elite level, nothing changes just because we had one good weekend. Better is more consistent.”

After Lonsway’s excellent performance on opening day, next to take the hill was freshman right hander Garrett Burhenn, and the 6-3, 210-pound starter did not disappoint.

“You can’t say that you’re going to expect a guy like Garrett Burhenn to go out and give you eight innings of shutout baseball,” Beals said. “And a nubbing infield base hit is the only hit they got off of him.”

In addition to impressing his coach, Burhenn earned more respect from his new teammates, too. Junior shortstop Noah West knew the strong-armed freshman was physically capable, but noticed Burhenn’s mental fortitude late in the game.

“I could see that that seventh inning came around and he looked like he was getting a little tired,” West said, “but you could see the competitor in him, and he was willing to go the distance, or try to go the distance. And he wanted to compete for the team and do his best and whatever he could do for us. And it was just incredible to see.”

Burhenn’s fastball command was excellent throughout his debut against Seton Hall, but the Indianapolis native’s success was not just because he was hitting his spots that day. The Buckeyes have emphasized the importance of attacking the zone, especially with such a young staff.

A one-hit shutout win through eight innings and Big Ten accolades were a great way for Burhenn to start his career in Columbus. Despite the fact that he is a freshman and it was his first collegiate outing, Burhenn was prepared — largely because of the guidance of his teammates.

“I’ve asked so many questions to different people and all these guys have helped me a lot,” Burhenn said. “The older pitchers, the returning pitchers — just ask them sort of how it’s going to be and what to expect a little bit. Obviously, I didn’t know what to expect going into that game, but I was definitely ready mentally. Couldn’t predict the outcome, but it was a good one.”