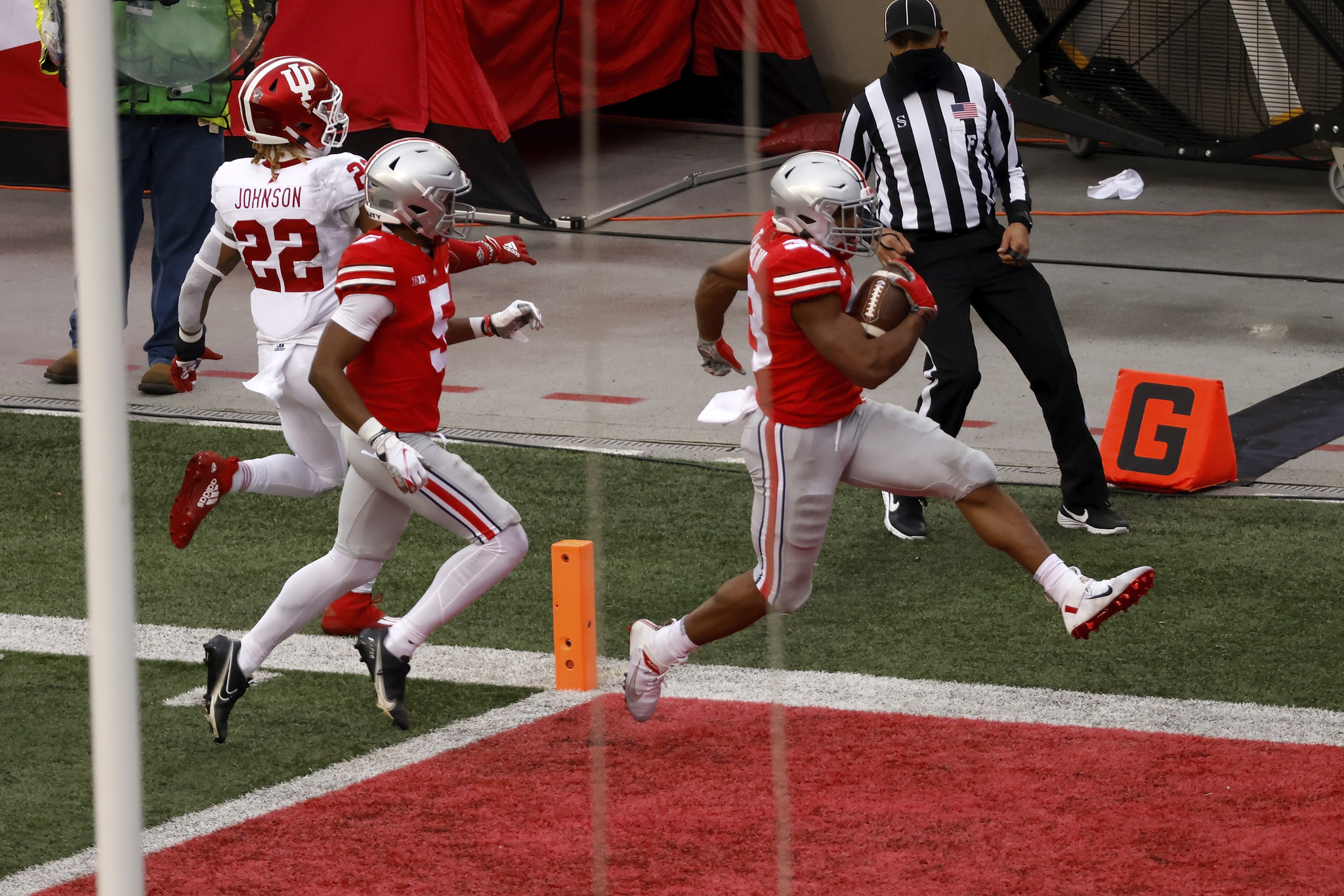 Ohio State pounced on Indiana early, taking a 28-7 lead into halftime, but the Buckeyes let up late and allowed the Hoosiers back into the game.

Despite the second-half struggles, the Scarlet and Gray won 42-35 against Indiana, and several players stood out as worthy of Buckeye Leaves.

It was a whirlwind of a game for Ohio State, and much of the concerns with this team moving forward lies with the defensive performance displayed in this matchup with Indiana.

That being said, Baron Browning still managed to stand out as a highlight on that side of the ball for the Buckeyes, ending the game with eight tackles, tied for the team lead, seven of which were solo, and also recovered a fumble that he helped force, despite Pete Werner getting credit.

Browning has thrived at his transition from inside to outside linebacker for much of this season, as he has been able to use more of the explosiveness and athleticism that he clearly possesses.

I would also like to give an honorary Buckeye leaf to Michael Penix, who put up one of the most heroic efforts I have seen from an Ohio State opponent in recent memory, throwing for an astonishing 491 yards and five touchdowns in the losing effort. 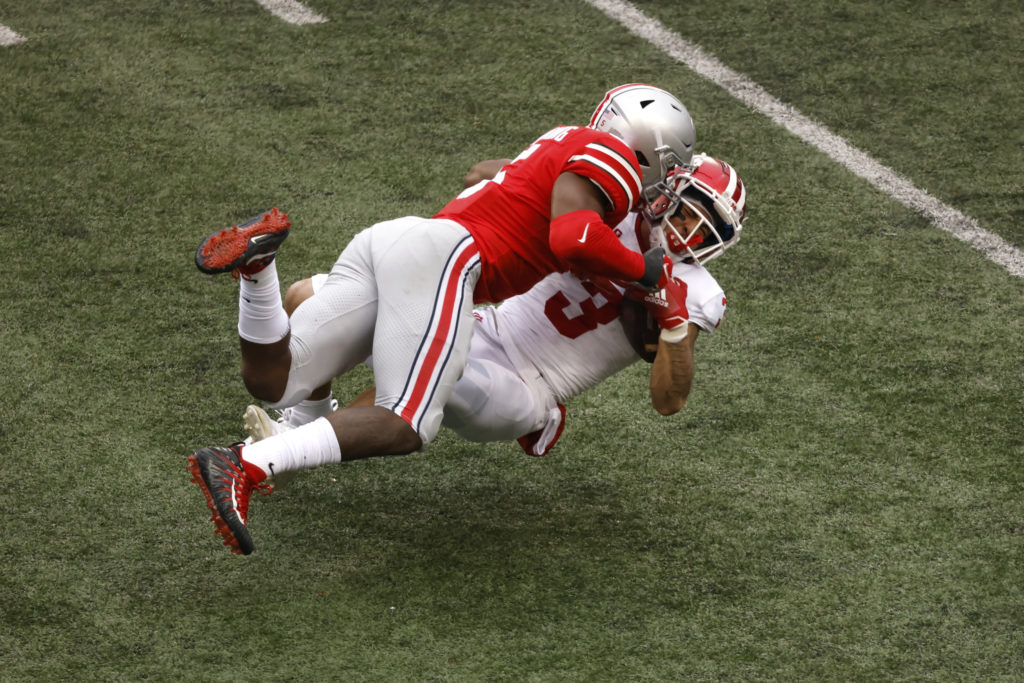 Shaun Wade has faced criticism after his move to outside cornerback has not produced the results some have expected. Those doubters may have been quelled when the fourth-year junior corner intercepted a Michael Penix Jr. pass and took it to the house for a pick-six.

Indiana had cut Ohio State’s lead to 35-21 and a Hoosier touchdown could have made it a one-possession game, but Wade had other plans. The standout captain made his first interception of the season and turned it into his first touchdown as a Buckeye with 49 seconds left in the third quarter.

Along with pick-six, Wade added one pass breakup and three tackles, including two solo stops in the Buckeyes’ 42-35 victory over Indiana. The game-changing touchdown was enough for Wade to earn a Buckeye leaf. 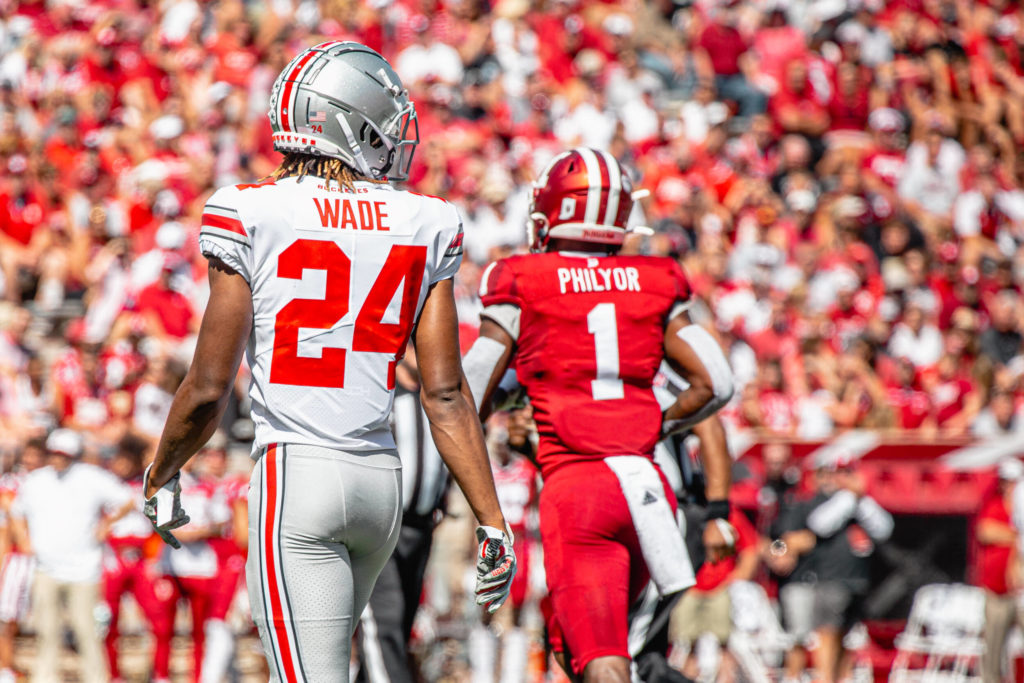 Coming into the game, Ohio State’s running back unit seemed to be the weakest link of a potent offensive attack. But after quarterback Justin Fields threw his second interception of the game late in the first quarter, head coach Ryan Day called upon sophomore running back Master Teague.

Teague, who worked his way back from an Achilles injury in spring practice, finished the game with 169 yards and two touchdowns. The touchdowns came on back-to-back series in the second quarter and helped the Buckeyes turn a 7-7 ballgame into a two-score lead.

Teague’s play was underwhelming in the first three games of the season as he split time with Oklahoma transfer Trey Sermon. But provided he’s healthy after twisting his ankle late in the game, he should be Ohio State’s primary option moving forward. 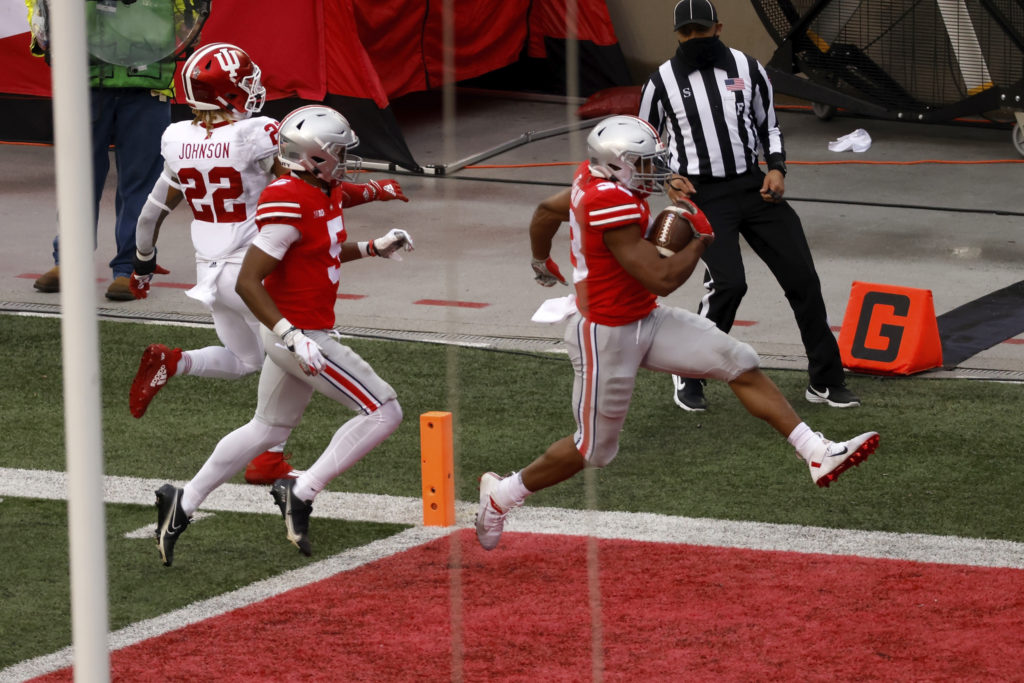 Ohio State’s passing attack ran into a few more hitches than it usually does in a 42-35 win over Indiana, but it was through no fault of Garrett Wilson’s.

Wilson was as excellent as he has been all season, hauling in seven receptions for 169 yards and finding the end zone twice while providing a consistently reliable target for Justin Fields as he dealt with heavy pressure from the Hoosiers.

Ultimately, were it not for Wilson, Ohio State could have found itself in some real danger offensively. Chris Olave drew star cornerback Tiawan Mullen in coverage and while he still contributed, Mullen put up a strong showing against the star wideout, forcing Fields to frequently look elsewhere.

Without a third threat on the roster in the receiving game, that usually meant Wilson and he usually delivered. It’s becoming harder to believe with each passing week that Wilson is only a sophomore. 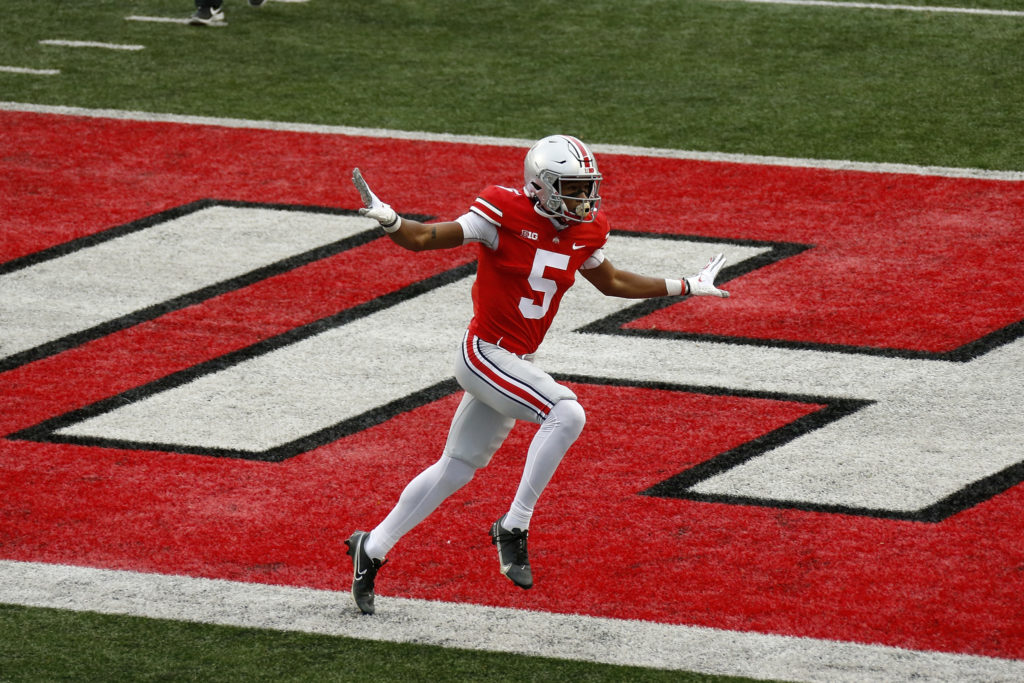