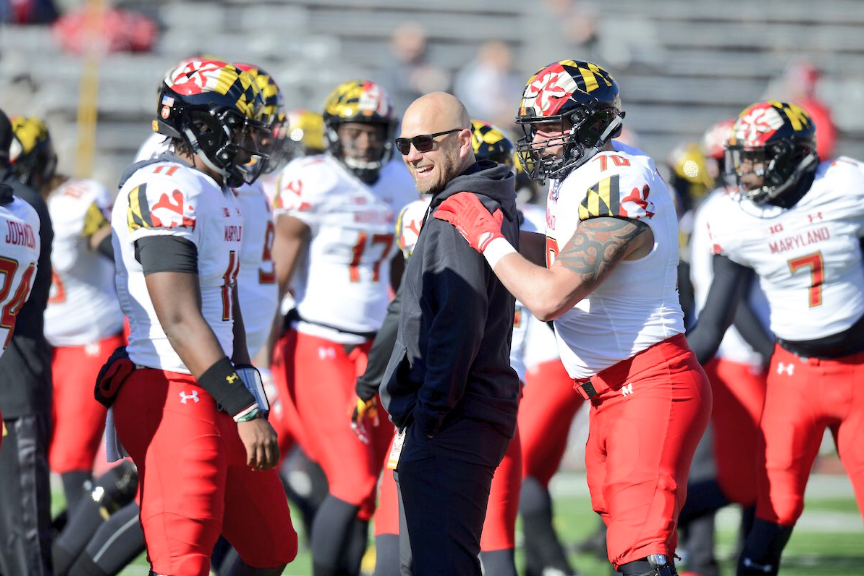 Near the end of Maryland’s roller-coaster campaign, interim head coach and first-year offensive coordinator Matt Canada gets his team prepared for a “tremendous challenge” Saturday when he faces a tall task in Big Ten powerhouse Ohio State.

Ahead of senior day for the Terrapins (5-5, 3-4) with the No. 10 Buckeyes (9-1, 6-1) coming to Maryland Stadium in College Park, Md., for Saturday’s noon kickoff on ABC, Canada fielded questions from reporters Tuesday on the Big Ten coaches teleconference.

With updates on UMD’s starting quarterback and a take on OSU’s defense, below are quotes and notes from Canada’s session.