Assessing Ohio State’s Defensive Back Depth, Commitments And Targets For The 2021 Recruiting Cycle 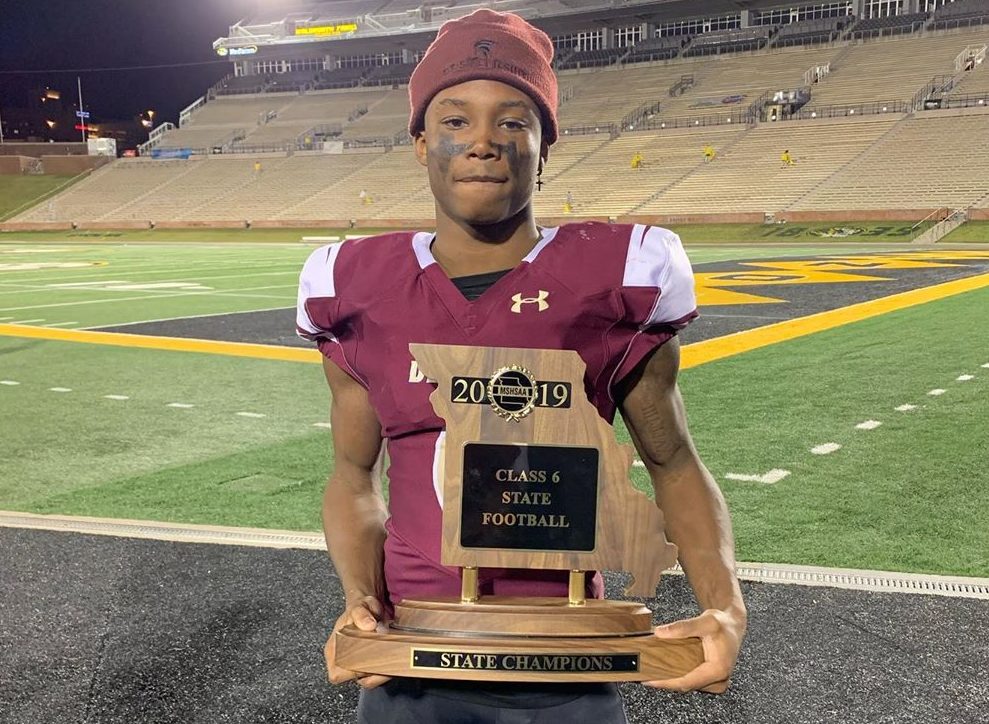 Up first are the defensive backs.

With cornerbacks Jeff Okudah and Damon Arnette and safety Jordan Fuller off to the National Football League and cornerback Amir Riep and linebacker/safety Jansen Wint dismissed from the team this winter amid rape and kidnapping charges, Ohio State’s secondary is going to look much different this fall.

Redshirt sophomore slot cornerback Shaun Wade opted to put his NFL dreams on hold for at least one more season in an effort to prove himself on the outside, giving the Buckeyes a much-needed veteran presence in a defensive backfield that — while still talented — lacks experience in critical moments.

Senior Marcus Williamson will look to fill Wade’s shoes in the slot, while juniors Sevyn Banks and Cameron Browns aim to fill the void opposite of Wade. Williamson will exhaust his eligibility this season, while Banks and Brown could potentially test NFL waters with a strong season, leaving Ohio State with sophomore Tyreke Johnson and incoming freshmen Lejond Cavazos, Cameron Martinez and Ryan Watts as the only cornerbacks on the roster in 2021.

Junior Josh Proctor, meanwhile, has long been considered the heir apparent to Fuller at the single-high safety position. Sophomore Marcus Hooker will look to have an expanded role, particularly if the Buckeyes’ go with more two-safety sets in 2020, while redshirt freshmen Ronnie Hickman and Bryson Shaw and incoming freshman Lathan Ransom all hope to have an impact, as well.

The time between former co-defensive coordinator Jeff Hafley’s departure from Boston College in mid-December and new defensive coordinator Kerry Coombs’ hiring in late January put Ohio State at an early disadvantage in the current recruiting cycle, but the Buckeyes rebounded quite well with a string of commitments in mid-March.

St. Louis De Smet Jesuit four-star Jakailin Johnson was the first to announce his pledge on March 15, and that was followed by Cincinnati La Salle three-star Devonta Smith and Nashville Ensworth four-star Andre Turrentine making their college decisions on March 16 and 17, respectively. Defensive back suddenly went from a position of significant need to a position of strength in just a matter of three days for Ohio State.

Fast forward a few weeks, and the Buckeyes seemed ready to ride out the NCAA-imposed recruiting dead period with just those players in the fold. But things changed when Bowling Green (Ky.) South Warren four-star athlete Jantzen Dunn teased some “big news,” which was going to be his commitment to Oklahoma. Coombs and head coach Ryan Day quickly made it clear to Dunn that he was among the staff’s top priorities, and he announced his pledge to Ohio State on April 20.

With four defensive backs in the fold — as well as a hybrid linebacker/safety in Cincinnati La Salle four-star Jaylen Johnson — Ohio State has effectively addressed one of its biggest needs this cycle. But that said, the Buckeyes are aiming to add one more player from the secondary to the class, which currently sits atop the 247Sports composite team rankings.

Georgia is considered the favorite for Grimes, who is the cousin of Ohio State junior linebacker Teradja Mitchell. He doesn’t plan to make his college decision until Dec. 1, though, which gives the Buckeyes plenty of time to change the tide in his recruitment.

Davis has also been on campus numerous times, and his recruitment is seemingly a battle between Ohio State and Penn State, while Burke, Davies and Johnson all hope to visit Columbus for the first time once the recruiting memorandum is lifted. The Buckeyes have notably picked up a handful of 247Sports crystal ball predictions for Davies, and it’s worth noting he wouldn’t be the first player this cycle to pledge his services to Ohio State sight unseen, as Hopewell, Va., five-star running back TreVeyon Henderson did so in late March.