A Look At Ohio State’s Defensive Line Depth, Commitments And Targets For The 2021 Recruiting Cycle 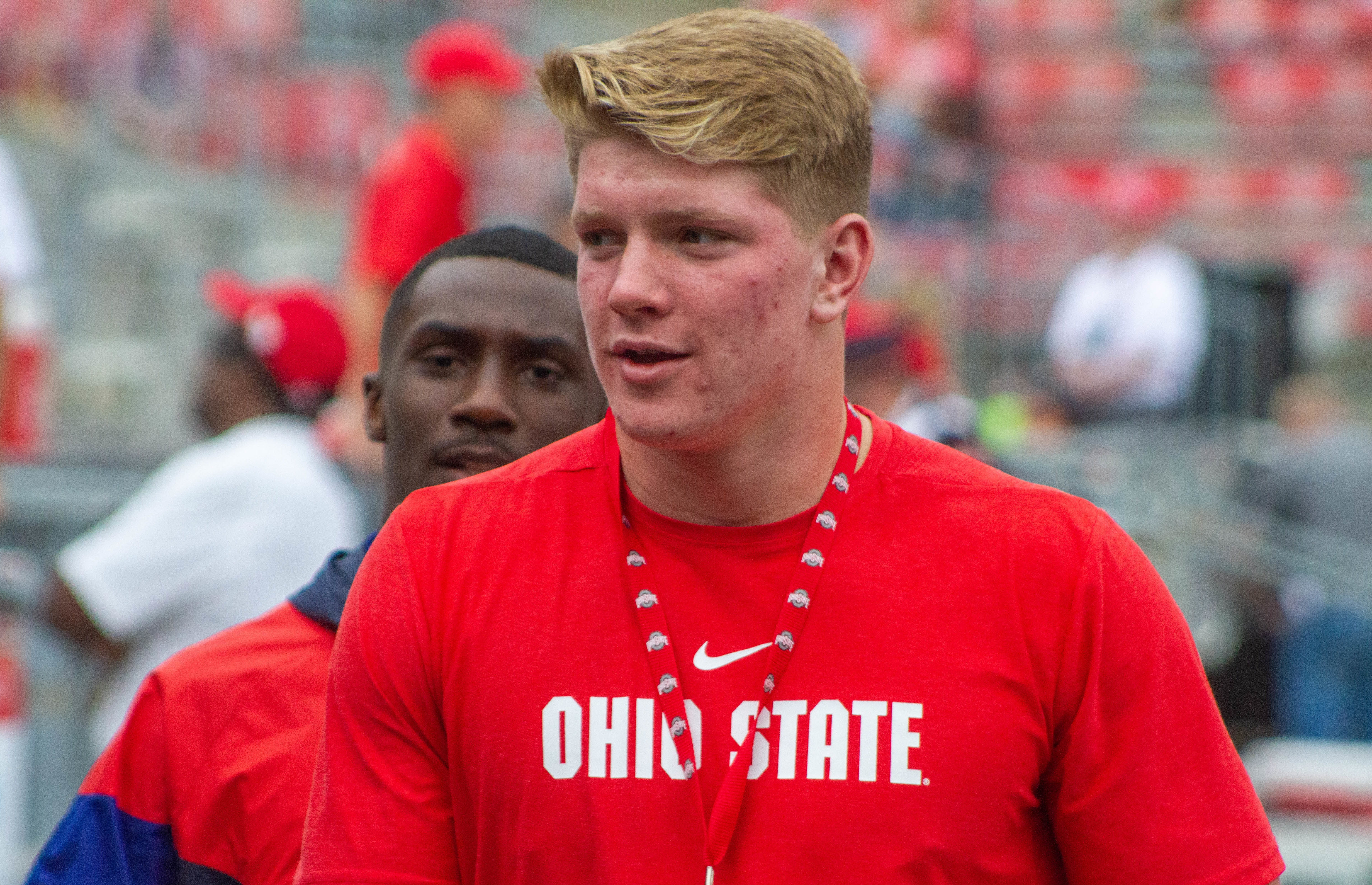 Up next are the defensive linemen.

With the departure of Chase Young at defensive end and DaVon Hamilton, Jashon Cornell and Robert Landers at defensive tackle, Ohio State seemingly would have a lot of experience to make up heading into next season.

But because associate head coach and defensive line coach Larry Johnson uses a rotation of players at both end and tackle, and that allowed a lot of depth to see significant time. The Buckeyes are also helped by the surprise return of defensive end Jonathon Cooper, a captain in 2019 who elected to redshirt after missing almost the entire season with an injury.

Cooper comes back on the end to join a strong core of sophomore Zach Harrison, junior Tyreke Smith, junior Tyler Friday and sophomore Javonte Jean-Baptiste, all of which saw more than 200 snaps in 2019.

Behind those three is redshirt freshman Noah Potter, who saw action in four games last season, as well as a pair of incoming four-star freshmen in Jacolbe Cowan and Darrion Henry-Young.

At tackle, Ohio State will be replacing three seniors with three other players who hit that 200-snap threshold last season in junior Tommy Togiai, senior Haskell Garrett and fifth-year senior Antwuan Jackson, as well as sophomore Taron Vincent, a former five-star prospect who missed all of last season due to injury.

Junior Jerron Cage, junior Zaid Hamdan and redshirt freshman Jaden McKenzie also saw some time last season, and could be given a larger role in 2020.

Ohio State started its 2021 class by earning the commit of not only one of the best defensive ends in the country in five-star Pickerington (Ohio) North end Jack Sawyer, but one of the best prospects overall, as Sawyer currently ranks as the No. 3 overall player in his class. Sawyer committed to Ohio State all the way back on Feb. 3, 2019.

But the Buckeyes did not stop there at defensive end, and earned the commitment of four-star Bradenton (Fla.) IMG Academy end Tunmise Adeleye on April 15. Adeleye ranks as the No. 4 strong-side defensive end and No. 41 overall prospect in 2021.

At tackle, Ohio State has earned one commitment thus far, and it came from four-star Streetsboro, Ohio defensive tackle Mike Hall, a 6-3, 290-pound prospect that ranks seventh at tackle and No. 92 overall in the 2021 class.

The impressive start has Johnson ranked seventh in the 247Sports national recruiting rankings, and his 97.95 average ranking per recruit is highest among any recruiter with multiple commitments.

Though Ohio State already has three commits on the defensive line for the cycle, the Buckeyes will likely be looking to add at least two more, with the biggest name still on the table being Sammamish (Wa.) Eastside Catholic five-star defensive end J.T. Tuimoloau, the No. 2 prospect overall in the composite rankings and the No. 1 overall prospect on 247Sports’ rankings.

Currently, Ohio State holds the edge in the crystal ball predictions with three out of five predictors choosing the Buckeyes. One expert, national recruiting editor Brandon Huffman, has his prediction as undecided, and another prediction is favoring the home-state Washington Huskies.

Past Payne and Bradley, names like Oradell (N.J.) Bergen Catholic four-star tackle Tywone Malone and Solon (Ohio) four-star defensive end Najee Story are ones to watch for with both Harris and Story listing Ohio State in their top five schools. However, the Buckeyes may only get involved if their pursuits of Tuimoloau, Payne and Bradley fall short.

Brooklyn (N.Y.) Erasmus Hall four-star defensive end Jahzion Harris was also in the mix for the Buckeyes, but he committed to Texas A&M on Tuesday.