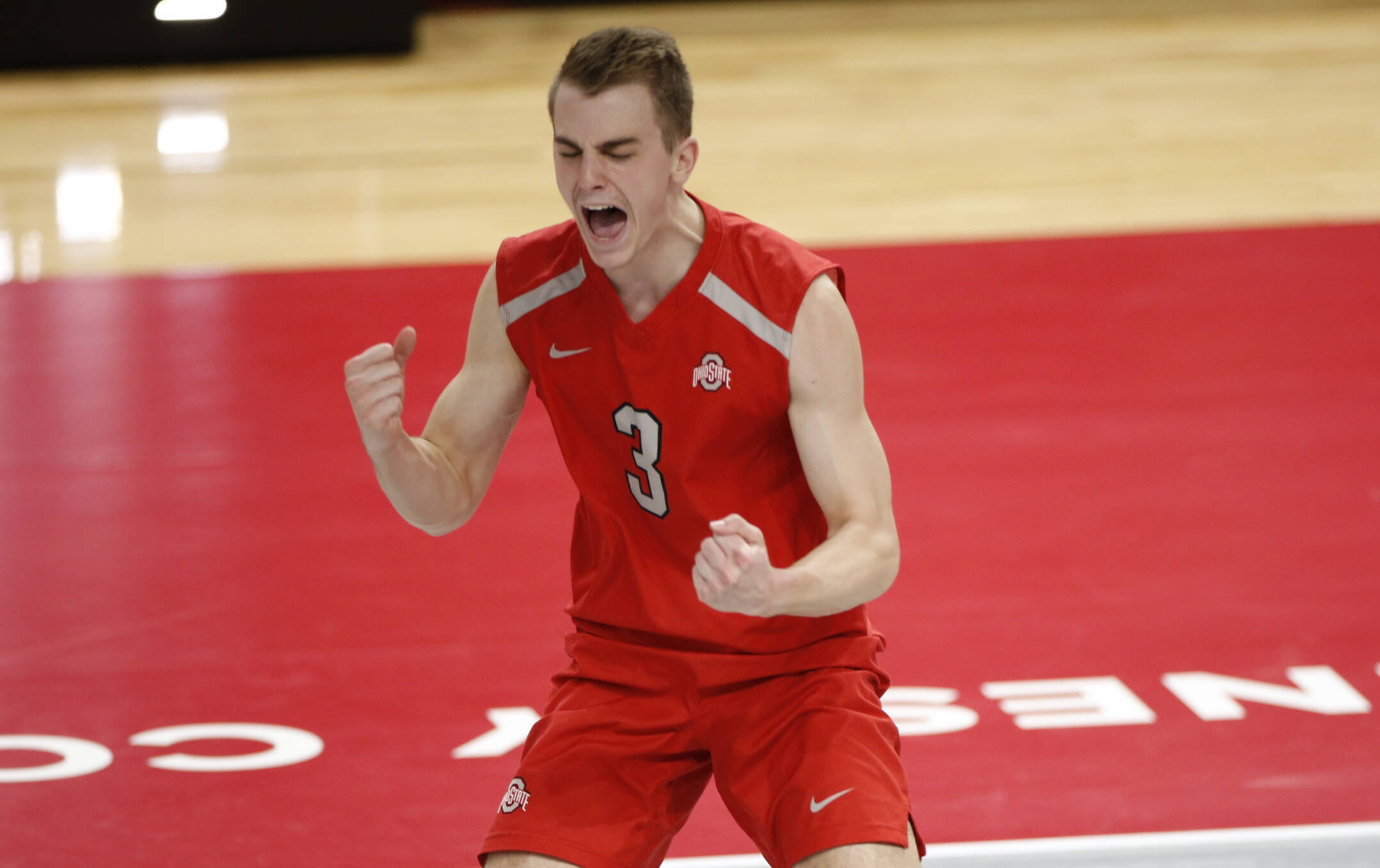 Michael Wright, a setter for the Ohio State men’s volleyball team, was named to the Freshman All-American Team by Off the Block.

A nationwide voting committee selected the 10-member team for Off the Block in the eighth year for the national award and the only Freshman All-American recognition presented in men’s volleyball.

Wright dished out 10.20 assists per set, ranking No. 7 overall in the NCAA and No. 1 among freshmen, while starting 15 of 18 matches for the 11-8 Buckeyes in head coach Kevin Burch’s first season.

The Glen Allen, Va., native did not just excel as a passer but also provided solid defense. Wright ranked second on Ohio State with 1.73 digs per set and posted three double-doubles, where he had 10 or more digs in addition to 10 or more assists.

Wright also added 28 blocks, 10 kills and six aces to his stat line on the season, which was cut short due to COVID-19.

Perhaps the highlight of Wright’s impressive freshman campaign came when he was named National Freshman of the Week by Off the Block on Feb. 3. The 6-foot-4 freshman helped lead the Buckeyes to road sweeps at Saint Francis and No. 7 Penn State, guiding the offense to a .396 team hitting percentage with 64 assists on the week.

Before coming to Ohio State, Wright led Deep Run High School to back-to-back Virginia state championships in 2017 and 2018 while earning Player of the Year accolades at the state, region and metro levels both seasons.

Below is Off the Block‘s entire 10-member Freshman All-American Team:

For four free issues of the now-monthly print edition of Buckeye Sports Bulletin, which is weekly during football season, with no card required, sign up at the link here: http://www.buckeyesports.com/subscribe-4issue-trial/