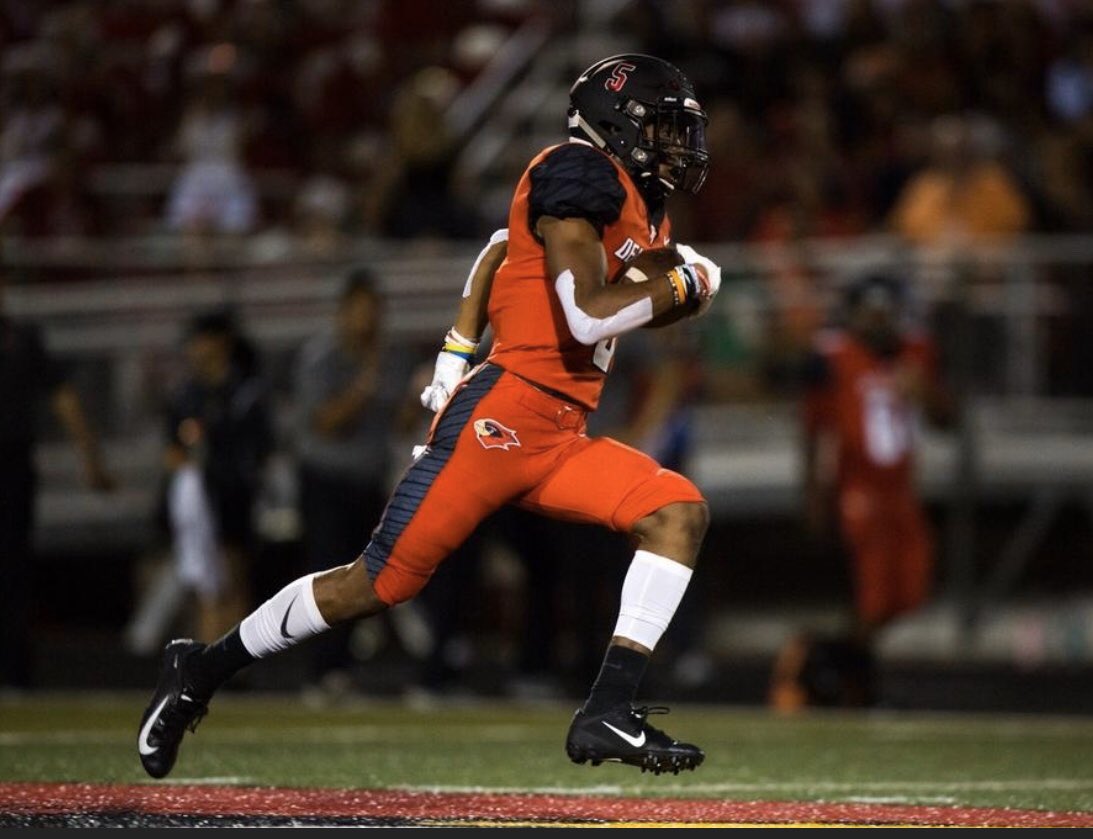 Ohio State added another one of the nation’s best prospects to its top-rated 2022 recruiting class when Del Valle, Texas, five-star wide receiver Caleb Burton committed to the Buckeyes on Monday night.

The 6-0, 165-pound Burton is considered the second-best wide receiver and No. 15 prospect overall in his cycle, as he’s caught 82 passes for 1,515 yards and 18 touchdowns in two seasons with the Cardinals. He suffered a knee injury during the first game of his junior year and is out for the rest of the season, however.

Burton, who is the son of former Syracuse linebacker and current Del Valle head coach Charles Burton, landed an offer from Ohio State in March. He’s never been to campus, but has established a strong relationship from afar with head coach Ryan Day and wide receivers coach Brian Hartline through daily phone and video calls.

Burton included Ohio State in his top 12 on Oct. 6 alongside Alabama, Auburn, Clemson, Florida, Georgia, LSU, Oklahoma, Oregon, Stanford, Texas and USC. But then the Buckeyes landed a commitment from Southlake (Texas) Carroll five-star quarterback Quinn Ewers on Nov. 19, and Burton jumped at the chance to join one of his close friends in Columbus.

With a favorable depth chart, the Buckeyes can afford to be selective in who else they bring on at the wide receiver position in 2022. Other names to keep in mind include Santa Ana (Calif.) Mater Dei four-star C.J. Williams; Chicago St. Rita four-star Kaleb Brown; Lewisville, Texas, four-star Armani Winfield; and Chandler, Ariz., three-star Kyion Grayes.