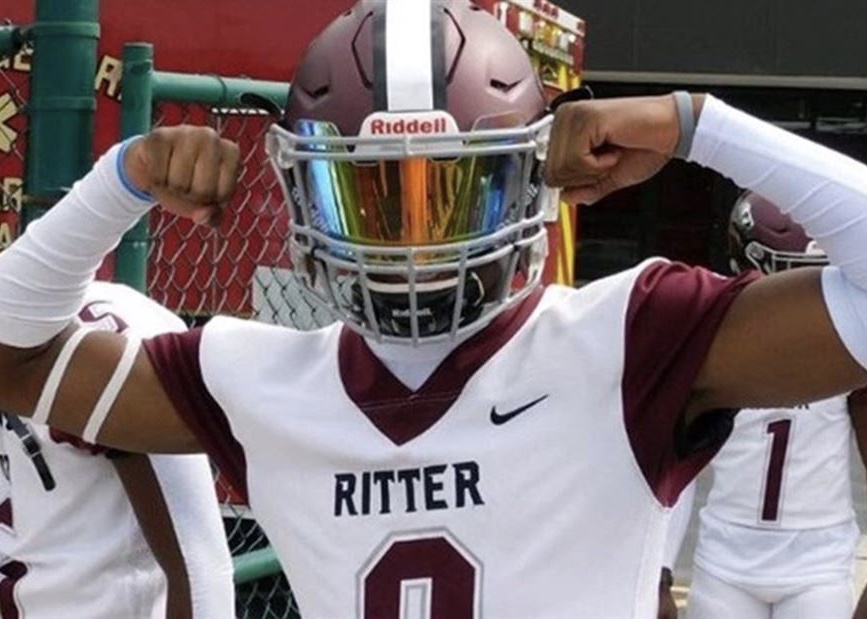 The 6-2, 194-pound Burden is considered the second-best wide receiver and No. 14 prospect overall in the class of 2022, as he’s hauled in 93 passes for 2,046 yards and 27 touchdowns in two seasons with the Lions. He landed an offer from wide receivers coach Brian Hartline in April, and though he’s yet to make his way to campus, the Buckeyes are expected to play a major role in his recruitment all the way to the end thanks to their ties in his hometown.

With a stockpile of wide receivers already in Columbus and two more on their way in January in Massillon (Ohio) Washington four-star Jayden Ballard and Philadelphia St. Joseph’s Prep four-star Marvin Harrison, the Buckeyes can be a bit selective in their pursuit of players at the position for 2022. Other names to keep in mind include Del Valle, Texas, five-star Caleb Burton; Santa Ana (Calif.) Mater Dei four-star C.J. Williams; Chicago St. Rita four-star Kaleb Brown; and Lewisville, Texas, four-star Armani Winfield.