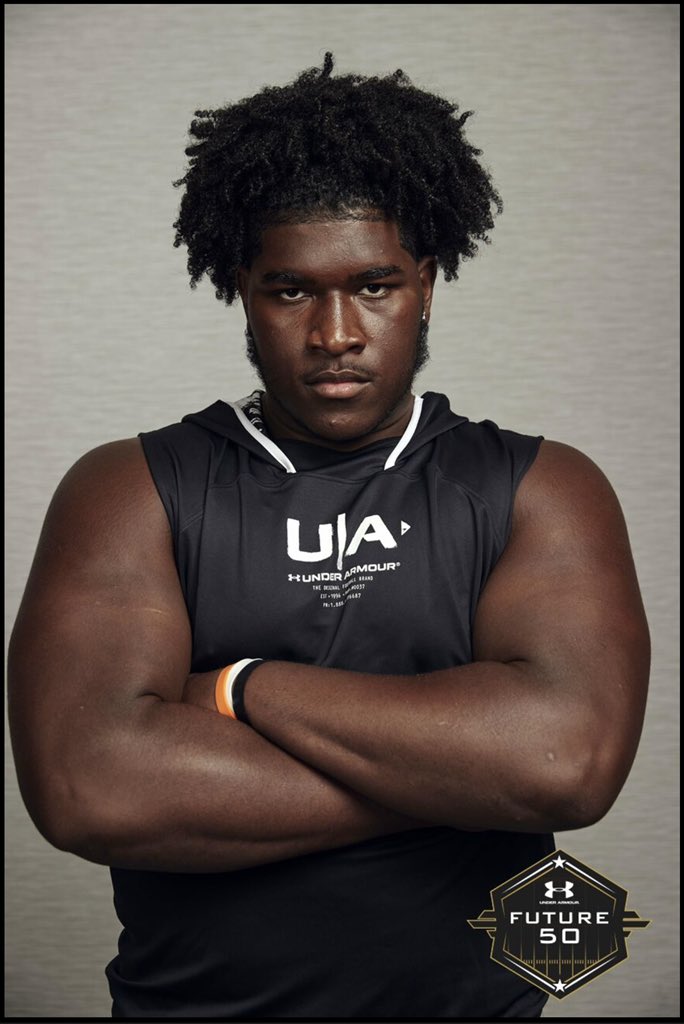 According to 247Sports, Booker is the No. 5 offensive tackle and No. 39 prospect overall in the 2022 class. Ohio State offensive line coach Greg Studrawa brought Booker to Columbus on June 21 but could not sway him from joining the Crimson Tide.

At 6-5, 325, Booker initially saw himself as a defensive lineman before transitioning to offensive tackle. Booker has improved in each season on the offensive line and finishes each play through the whistle, 247Sports’ Andrew Irvins wrote.

“Latches onto his target and is able to quickly find some leverage before steering would-be tacklers out of the way,” Irvins wrote of Booker. “Agile enough to get outside the tackle box and open up run lanes, at least at the high school level. Must get more consistent in his pass sets, but has shown that he can protect the corner with a relatively smooth kick step.

“Spent junior season working primarily at right tackle. Does have some additional length in the arms, but could find himself getting snaps at one of the two guard spots in college, if needed. Well respected by almost everyone in Bradenton and has drawn rave reviews from the strength staff at the national powerhouse. Will likely need some seasoning, but has the required traits – and mindset – to emerge as a multi-year starter for a Top 25 program.”

With Booker’s commitment, Alabama moves to No. 6 in 247Sports’ national recruiting rankings for the Class of 2022. Ohio State remains in the top spot with 17 total commits, including three five-stars, 12 four-stars and two three-stars.