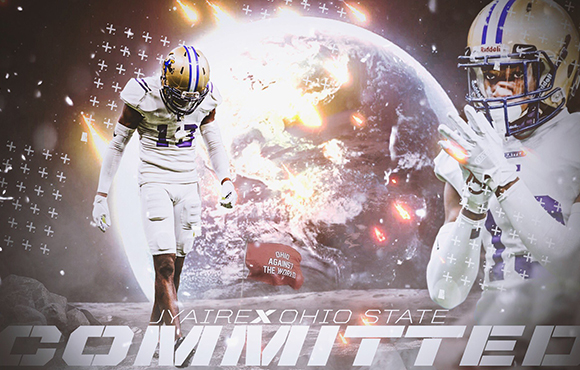 The 6-0, 165-pound Brown is considered the 16th-best cornerback and No. 122 prospect overall in his class, as he recorded 25 pass break ups and two interceptions to help the Eagles to the state championship game last fall.

Brown, a Cincinnati native who moved the New Orleans when he was four years old, landed an offer from Buckeyes defensive coordinator Kerry Coombs on April 17. The two were actually connected by Warren Easton’s offensive coordinator Munchie LeGaux, who was a freshman quarterback at Cincinnati during Coombs’ final season as the Bearcats’ defensive backs coach in 2011.

That common ground is one reason why Brown chose Ohio State without ever visiting campus and over scholarship offers from programs such as Alabama, Arkansas, Florida State, Georgia, LSU, Oklahoma, Tennessee, Texas, Texas A&M and Utah, among others. He could become the first player from the state of Louisiana to sign with the Buckeyes since Metairie Archbishop Rummel defensive tackle Nader Abdallah in 2004.