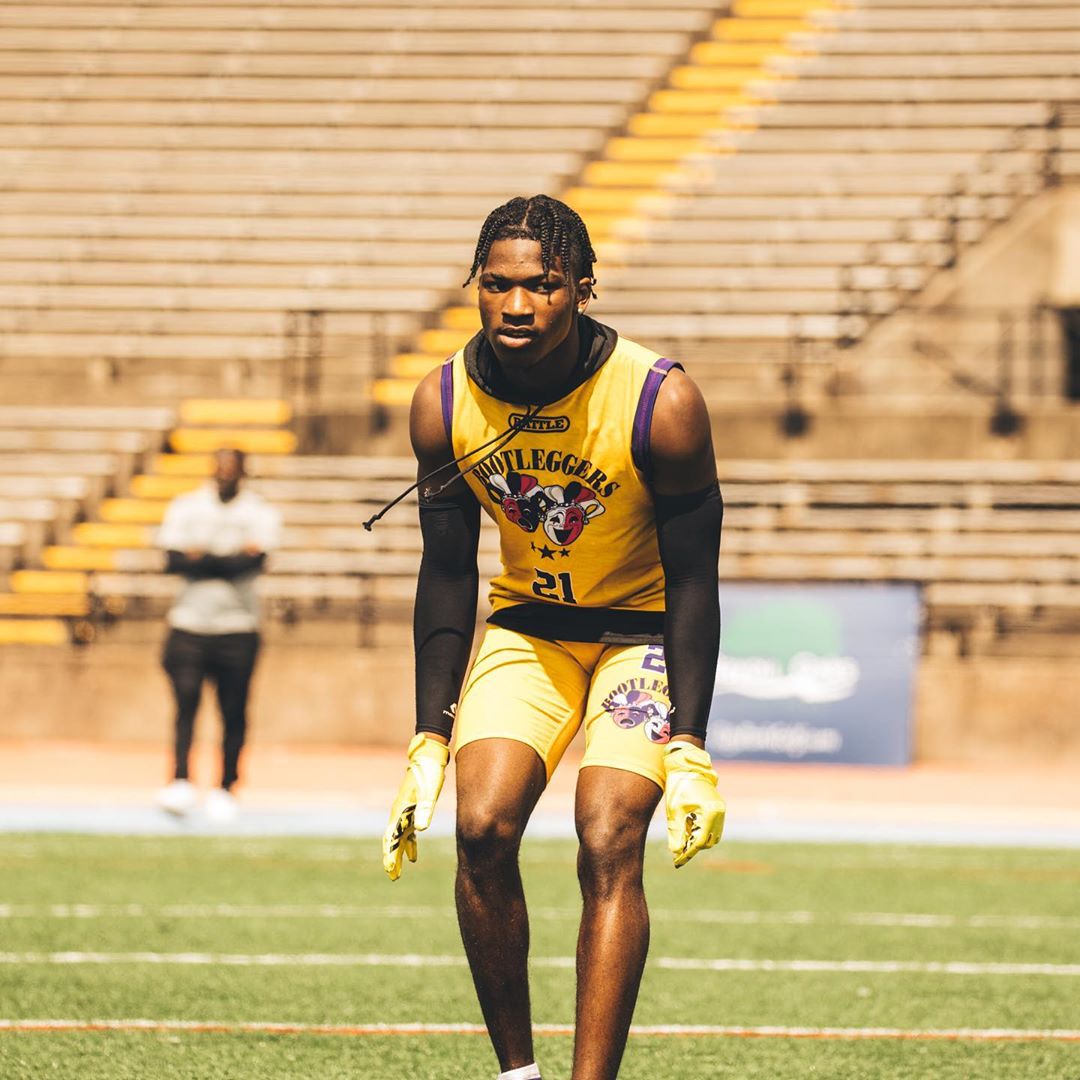 Ohio State may still have its focus primarily on the class of 2021, with several top prospects still sitting on the board, but no one ever said that the Buckeye staff can’t multitask, and defensive coordinator Kerry Coombs showed that off yesterday, landing the pledge of 2022 cornerback Jyaire Brown.

Brown is a four-star prospect, rated as the No. 122 in the class of 2022 according to 247Sports. More interesting, he’s a Louisiana product, and a blue-chip Louisiana product. To pull a blue-chipper out of Louisiana is a truly gargantuan task, and certainly gave Coombs quite a bit to celebrate.

He has plenty to celebrate about Brown as a player as well. At 6-0, 165 pounds, Brown already has the kind of length that Coombs loves out of his cornerbacks, and will only grow further into that frame, which means it’s pretty likely he’ll show up at Ohio State closer to 6-3 than he will 6-0, which is pretty ideal for what the Buckeyes want to do on defense.

Physically, he’s close to college level, if not already there. He has good-but-not-great speed, knows how to use his length, and isn’t afraid to hit, both at the line of scrimmage to disrupt a release and in open field when making a tackle. He’s not a big hitter by any means, but he’s going to be perfectly suitable for what Ohio State needs from its cornerbacks in the tackling category.

As for technique, there’s some sloppiness that will need to be cleaned up, and Brown doesn’t appear to have a ton of man coverage experience, but he does come with a pretty massive plus in the experience section: his high school runs a ton of quarters defense, which Coombs loved during his first stint in Columbus, and which may make a return to Ohio State if Coombs isn’t comfortable with Jeff Hafley’s single-high cover 3. Coming in as a freshman with the ability to read and react to the quarterback while dropping into a deep zone is pretty rare, and will serve as a huge boost for Brown to finding early playing time.

He shows all of that off on that play, where he lines up right on the line at far side of the field, jams his assignment hard at the line, and then drops into a deep zone. He keeps his eyes on the quarterback and shadows that wideout until the ball is thrown, at which point he jumps the route and uses every bit of his height to make a beautiful play and deflect the ball. There’s a whole lot of good on this one play.

In the “things that need fixed” category, Brown is flatfooted a bit to often when a receiver is running at him. He’s athletic enough to cover it in high school, but it will probably need to be addressed at Ohio State, though it shouldn’t make for a particularly difficult fix. He has all of the tools to refine this part of the game, so it will just be up to Coombs to get him where he needs to be.

That’s really the best way to describe Brown. There are ticky-tack things that will hold him back from being elite if not addressed, but he has all of the tools and potential to develop into an extremely well-rounded and talented cornerback. He doesn’t have the natural gifts of a Jeff Okudah, though few do, but he’s more than athletic enough to play on the outside, and his length is going to be a huge plus for him during his time at Ohio State.

It may be recency bias, but his high school tape is pretty reminiscent of a taller Damon Arnette, who played with a similar swagger and brought similar physical traits. It took five years to unlock Arnette’s talent with a system that fit it. That isn’t going to happen with Brown. He isn’t a day one starter, but it’s very easy to see Brown as a multi-year contributor and future high draft pick, even if his ceiling isn’t quite consensus top 10 pick.