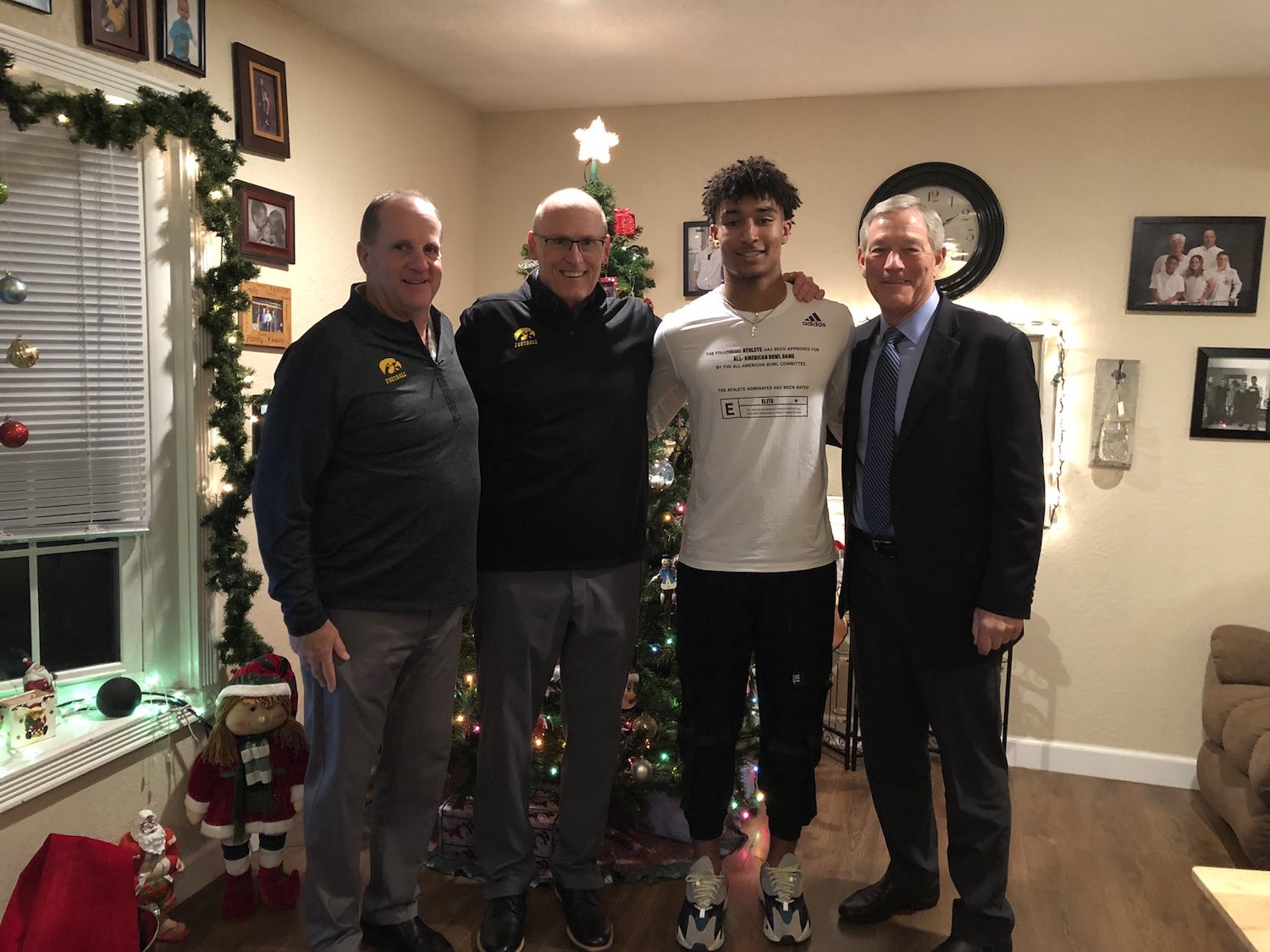 Four-star 2022 safety Xavier Nwankpa (6-2, 190) announced Wednesday that he’s committing to play for the Iowa Hawkeyes, who beat out Ohio State and Notre Dame for the Des Moines, Iowa, product.

Nwankpa, a four-star according to the 247Sports composite rating, is rated as the No. 45 recruit in 2022, as well as the No. 4 overall safety. He held offers from Alabama, Clemson, Georgia, LSU, Michigan, Oklahoma, Oregon, Penn State and Texas A&M, among others, but whittled his list down to the Hawkeyes, Buckeyes and Fighting Irish. He took his official visits to Ohio State (June 4), Texas A&M (June 11), Notre Dame (June 18) and most recently Iowa on Oct. 9.

Though Nwankpa was at one point considered an Ohio State lean, with crystal ball predictions for him to Ohio State dating back to last year, two predictions to Iowa came in following Nwankpa’s official visit, and others poured in over the following weeks before his verbal commitment to the Hawkeyes on his 18th birthday.

Ohio State made a late attempt to get Nwankpa’s commitment with head coach Ryan Day and Matt Barnes making an in-home visit on Dec. 1, but a responding visit by Iowa head coach Kirk Ferentz on Dec. 7, just one night before Nwankpa’s announcement, secured the verbal from the in-state recruit.

Even if the Buckeyes miss out on both safety targets, they’ll have some relief knowing there’s backup on the horizon with Pickerington (Ohio) Central five-star safety Sonny Styles reclassifying to 2022.