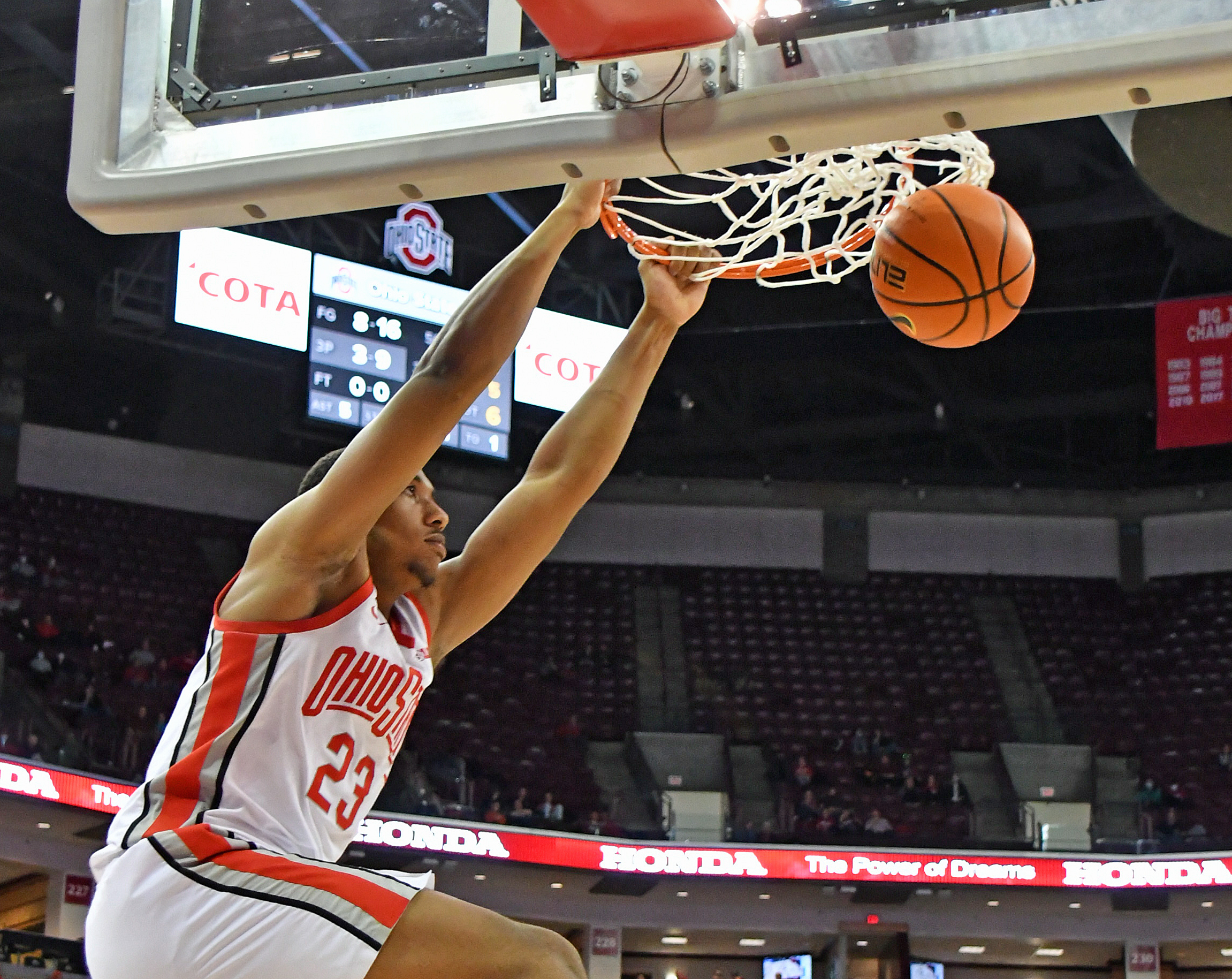 Ohio State’s second late-night tip in two tries wasn’t received quite as well as the first. Just over a week removed from a stunning victory over Duke in front of a sold-out Value City Arena, the Buckeyes opened their Dec. 8 game at 9 p.m. against Towson but were met with far less fanfare. Regardless, in front of a crowd of, generously, about 8,000 fans, Ohio State rattled off its third straight win with an 85-74 beating of those Towson Tigers.

The Buckeyes looked primed to run away with the game early off a 12-3 start, but Towson wasn’t quite so quick to go away. The Tigers answered that hot start with an 18-5 run behind a trio of triples from Jason Gibson, Cameron Holden and Antonio Rizzuto, the last of which capped nine straight points for the Tigers and forced an OSU timeout with just over 10 minutes to play in the half.

Young answered a Charles Thompson bucket with one of his own to snap the Towson scoring streak and in the process sparked the Buckeye offense back to life. Led by seven points from Key, including a long mid-range bucket deep into the shot clock with only seconds to play in the half, Ohio State stormed back to take a 33-32 lead into the half.

Towson kept up its fight into the second frame with nine quick points from Holden to maintain pace with the Buckeye offense, which started to open up after a brutal stretch from downtown in the first half, cashing in on three-point tries from Branham and Ahrens. His hand cooled, though, and three more points from Young chased a Branham layup to give Ohio State a five-point lead, 48-43.

After another Young basket plus a free throw, and four points from Wheeler, the Buckeyes had built out a snappy 12-2 run, snatched a 55-45 lead – their largest of the game – and placed Towson firmly against the ropes.

And though the Tigers kept the game within reach for a few more minutes, Ahrens all but ended the fight with his third and fourth three-pointers of the game, the latter through a foul, extending Ohio State’s lead to 16 at 73-57 with just over six minutes to play. He would connect again two possessions later, quickly subduing a minor Towson run.

Roughly two dozen fouls and several video reviews later, and Ohio State was able to dribble out the final moments of a physical matchup that, despite several big Towson runs, never saw the Buckeyes falter after opening up that 10-point lead at 55-45. The closest Towson would get was eight points, immediately after Ohio State nabbed that lead.

Gibson led the game with 19 points, while Young led the Buckeyes with 18. Ahrens and Holden combined for eight three pointers and scored 16 points each, while Liddell pitched in 15 and Key notched 13, as well as a game-high nine rebounds.