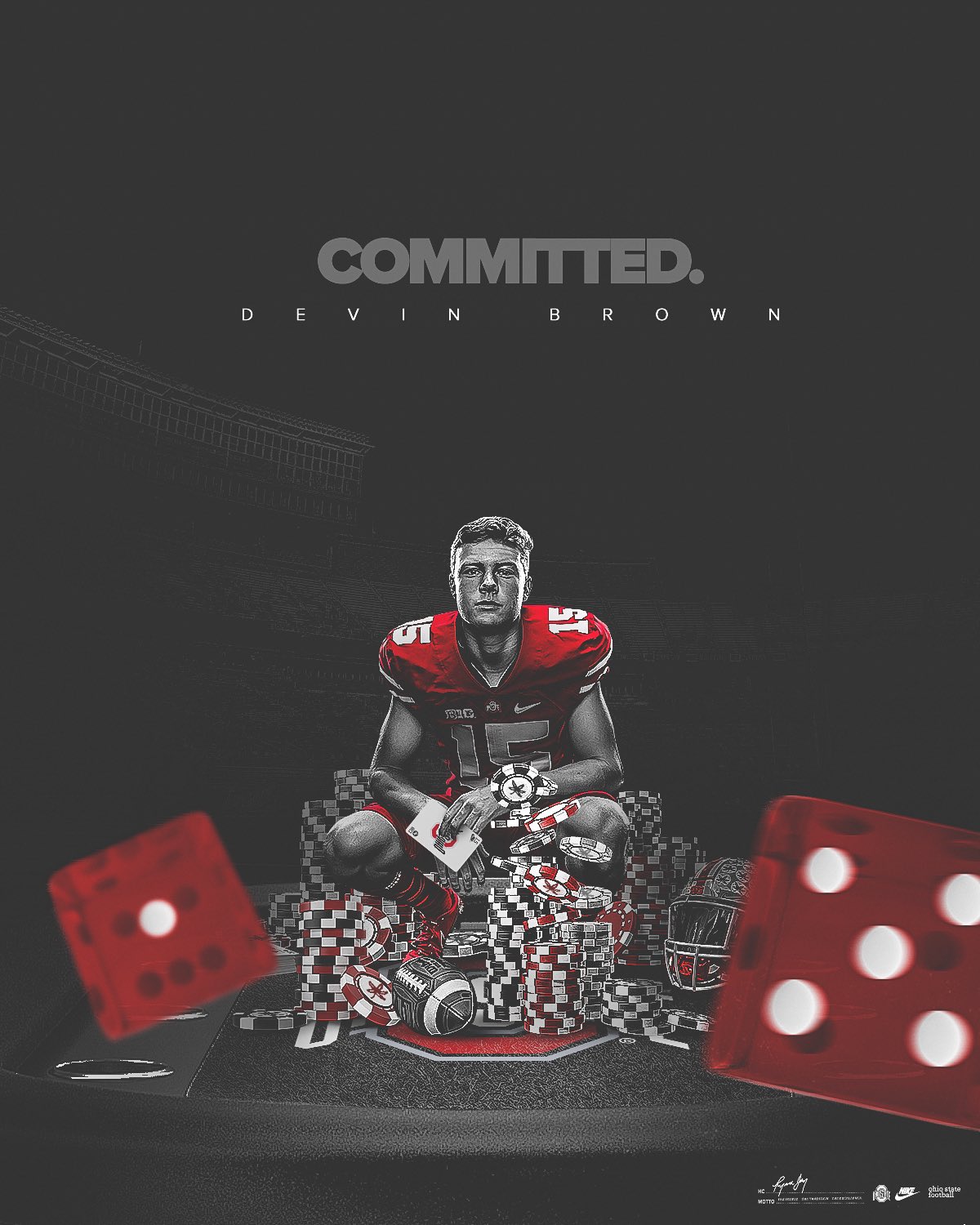 Ohio State picked up one of the most important commitments in the Class of 2022, as Draper (Utah) Corner Canyon four-star quarterback Devin Brown (6-3, 189) issued a verbal commitment to the Buckeyes on Wednesday evening.

He is the No. 52 overall recruit in 2022, and is the No. 5 quarterback in addition to being the top recruit from Utah. He led Queen Creek in Arizona to back-to-back playoff appearances in 2019 and 2020, and after transferring to Corner Canyon, helped lead them to a runner-up finish his senior year. He intends to early enroll at Ohio State, according to reports.

Brown had previously been committed to USC since Sept. 19, 2020, but he decommitted from the Trojans on Nov. 24 following a visit to Ohio State for its game against Michigan State on Nov. 20. While Ohio State was not on the scene for Brown’s early recruitment, just recently offering the signal caller on Oct. 12, they beat out Texas, Ole Miss and USC, who remained in contacted with Brown following his decommitment.

Brown will be Ohio State’s lone quarterback commit in the class after the Buckeyes missed out on Medina (Ohio) four-star Drew Allar, who is locked in at Penn State following James Franklin’s contract extension.

Freshman quarterback Quinn Ewers was part of Brown’s class, but reclassified to 2021 earlier this year and enrolled at Ohio State. Ewers’ reclassification left a potential hole at quarterback down the line for the Buckeyes and head coach Ryan Day, but Brown figures to keep things rolling with his commitment.

The commitment marks the 17th for Ohio State’s Class of 2022, which ranks fourth in the nation behind Texas A&M, Alabama and Georgia, and ranks first in the Big Ten.