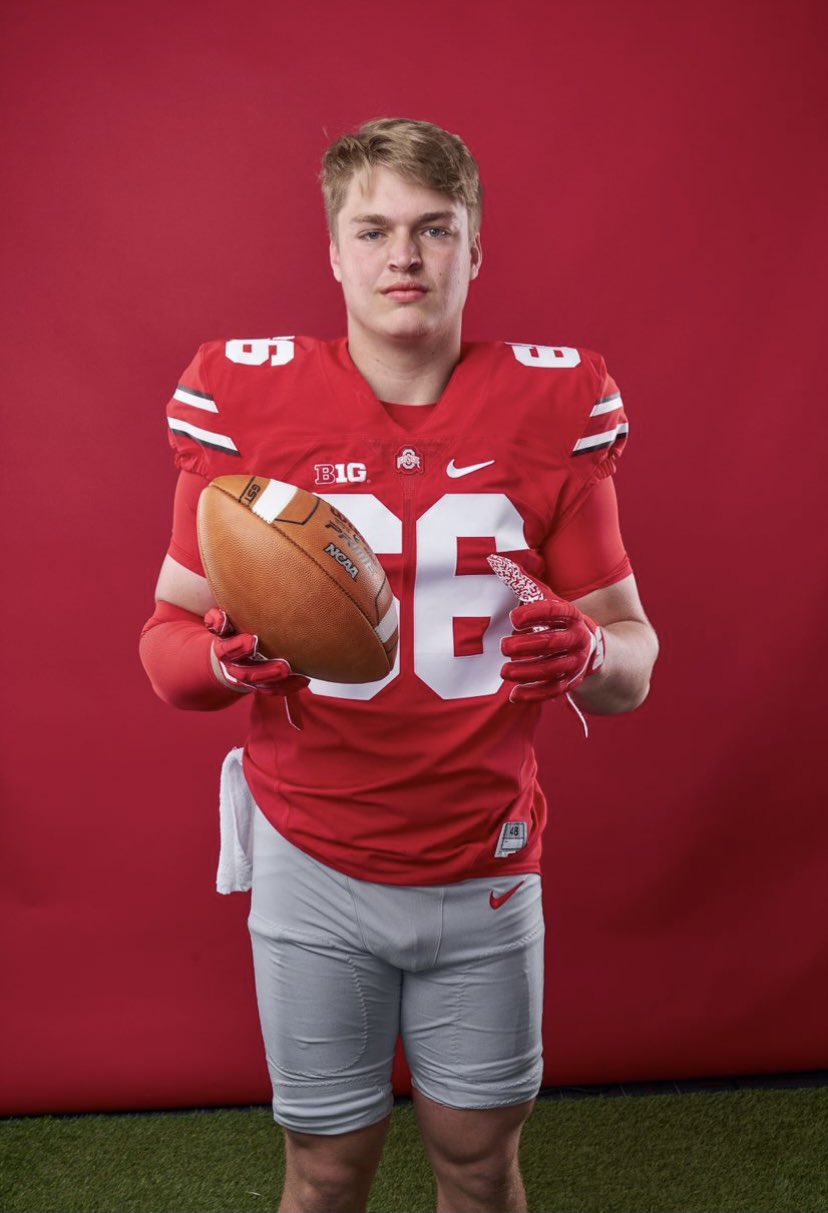 Those predictions remain hypothetical, though. Today’s news is not. The Buckeyes landed a pledge from Englewood (Colo.) According to a Tweet from the prospect himself, Cherry Creek four-star offensive lineman George Fitzpatrick just moments ago.

Fitzpatrick is an almost brand new name on the Buckeye recruiting board, at least to the public eye. Ranked as the No. 292 player and No. 27 offensive tackle, Fitzpatrick was considered a lean for staying west of the Mississippi River. Oklahoma and Oregon were sitting atop his list and earning official visits from him in June. Ohio State earned a visit too, though, all the way back on June 4. It seems that the visit made quite the impact because Fitzpatrick opted to join the Buckeye class, giving offensive line coach Greg Studrawa his second pledge of the class, alongside West Chester (Ohio) Lakota West four-star tackle Tegra Tshabola.

The 6-6, 285-pounder is the 17th member of Ohio State’s top-ranked class and will be one of what looks to be a four-or-five-man offensive line class, with the Buckeyes in hot pursuit of several other four-star linemen, Dewberry chief among them. The Colorado native projects as a tackle at the next level.