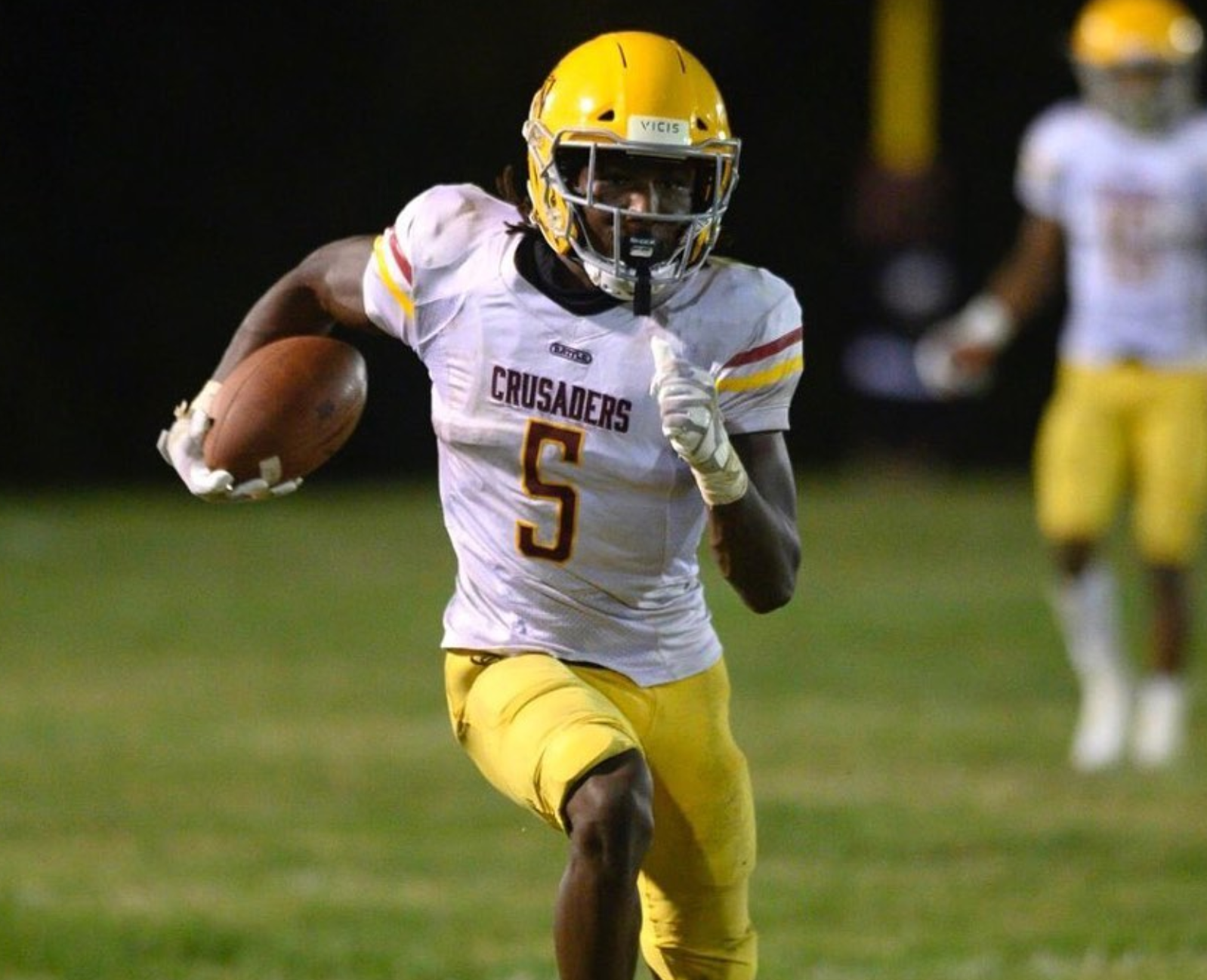 Pride is the No. 23 cornerback and No. 187 prospect overall in the 2022 class. He visited Ohio State on June 4, but it was not enough to sway his decision.

“Solid makeup for the position hovering right around 5-foot-11. A fluid athlete that looks like one of the top match-and-mirror cornerbacks in the class of 2022 given play speed and ability to change directions,” Ivins wrote of Pride. “Efficient in his backpedal. Springs in and out of his breaks almost like a rabbit. Closes in a hurry allowing him to mask most mistakes. Understands how to attach his hip to a wide receiver. Sniffs out screens rather quickly. Very comfortable in off-man coverage, but does have some experience working closer to the line of scrimmage.

“Two-way player at the high school level that made a difference as both a wide receiver and running back on Friday nights. Offensive snaps have helped hone ball skills. Will need to adjust to the speed of the college game and get better as an open-field tackler, but coverage skills and overall fluidity suggest that he should carve out a role as a starting cornerback for a top-end Power 5 program after a year or two on campus.”

The recruiting win for the Tigers comes after a prior loss in the secondary to the Buckeyes. Hollywood (Fla.) Chaminade-Madonna Prep three-star cornerback Ryan Turner committed to Ohio State over Clemson, another finalist, back on May 5.

Pride is Clemson’s seventh commitment of the 2022 class, and puts the Tigers at No. 23 in the 247Sports recruit rankings.