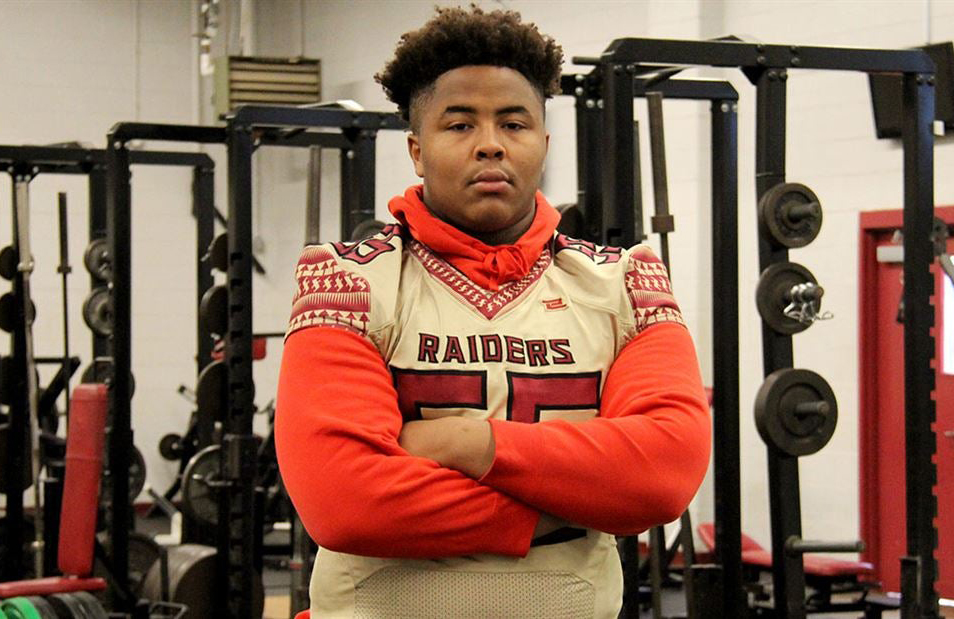 Ohio State’s recruiting efforts have not been slowed by the Big Ten’s decision to postpone fall sports, as Manassas (Va.) Unity Reed four-star defensive tackle Tyleik Williams announced his commitment to the Buckeyes on Thursday evening.

The 6-4, 317-pound Williams is considered the 10th-best defensive tackle and No. 160 prospect overall in the class of 2021, as he recorded 47 tackles and 3.5 sacks to help the Lions – formerly known as the Stonewall Jackson Raiders – to the state playoffs last fall. He chose Ohio State over finalists Alabama, LSU, North Carolina, South Carolina and Virginia Tech.

Williams has never been to Ohio State, though he was scheduled to take an unofficial visit with his teammate, 2022 four-star linebacker Shawn Murphy, in early April. That trip was cancelled due to the coronavirus pandemic, so defensive line coach Larry Johnson and linebackers coach/area recruiter Al Washington extended a scholarship over the phone instead.

The Hokies were long considered the favorite to land Williams, who hails from the same high school as former Virginia Tech defensive tackle Tim Settle and cornerback Greg Stroman. But a virtual visit to Ohio State earlier this month pushed the Buckeyes to the forefront of his recruitment.

Williams initially hoped to make his college decision after taking all five official visits this fall. But with his high school season pushed to the spring and seemingly no end in sight for the NCAA-mandated recruiting dead period, he decided to accelerate his timeline and commit to Ohio State.

Williams – who will cap his high school career in the Under Armour All-America Game in January – becomes the 19th commitment in the Buckeyes’ 2021 recruiting class, joining Pickerington (Ohio) North five-star end Jack Sawyer and Streetsboro, Ohio, four-star tackle Mike Hall along the defensive line. His pledge helps the program regain the top spot in the 247Sports team rankings, surpassing the Crimson Tide, who assumed the lead on Wednesday morning following a couple minor adjustments by the recruiting service.