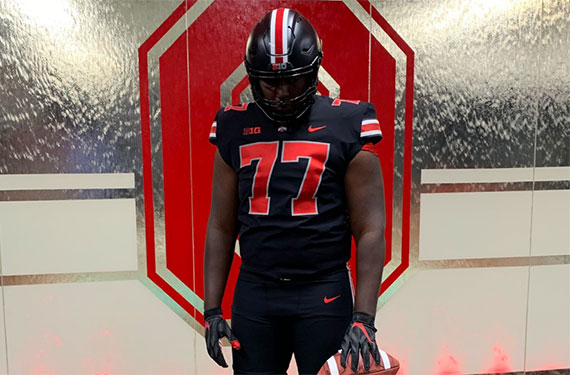 I will be committing January 8th.

The 6-4, 308-pound Jackson is considered the eighth-best offensive tackle and No. 49 prospect overall in the class of 2020. He included Ohio State in his Top 12 back in July alongside Alabama, Georgia, LSU, Michigan, Northwestern, Notre Dame, Oklahoma, Stanford, Tennessee, Texas and Texas A&M, though the Aggies have long been considered the biggest threat to the Buckeyes’ chances.

“Ohio State is unique because you not only graduate with a great degree, but they provide so much after football,” Jackson told Buckeye Sports Bulletin.