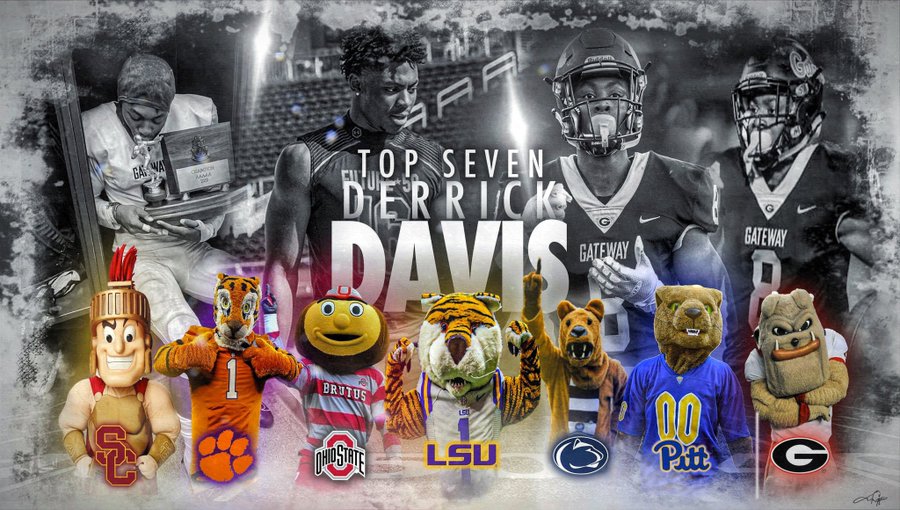 First, I would like to thank all of the schools that have recruited me and have taken the time to reach out to me over the past 3 years. I am extremely blessed and humble to announce my top seven schools!!! pic.twitter.com/DmskaGtepC

The Buckeyes have been recruiting the 6-1, 194-pound Davis – who is considered the second-best safety and No. 52 prospect overall in the class of 2021 – for more than two years, dating back when former co-defensive coordinator Alex Grinch offered him a scholarship in February 2018. He’s been to campus a half-dozen times since, which is a big reason why his relationship with the program has notably withstood changes at head coach, defensive coordinator and defensive backs coach.

Davis’ most recent trip to Columbus came in February, when he and his father made the trip for an exclusive visitors weekend that also included five-star defensive end commit Jack Sawyer and four-star defensive tackle pledge Mike Hall. That also marked their first meeting with new defensive coordinator Kerry Coombs, who made it clear that Davis was among his top priorities, as well as assistant secondary/special teams coach Matt Barnes.

Davis – who hails from the same high school as former Ohio State defensive back Corey “Pitt” Brown and linebacker Dorian Bell – hopes to take all five official visits this fall before making his college decision, though that could change if the NCAA decides to extend the current recruiting dead period. As things stand now, though, the Nittany Lions are the perceived favorite in his recruitment, holding 90 percent of the 247Sports crystal ball predictions.