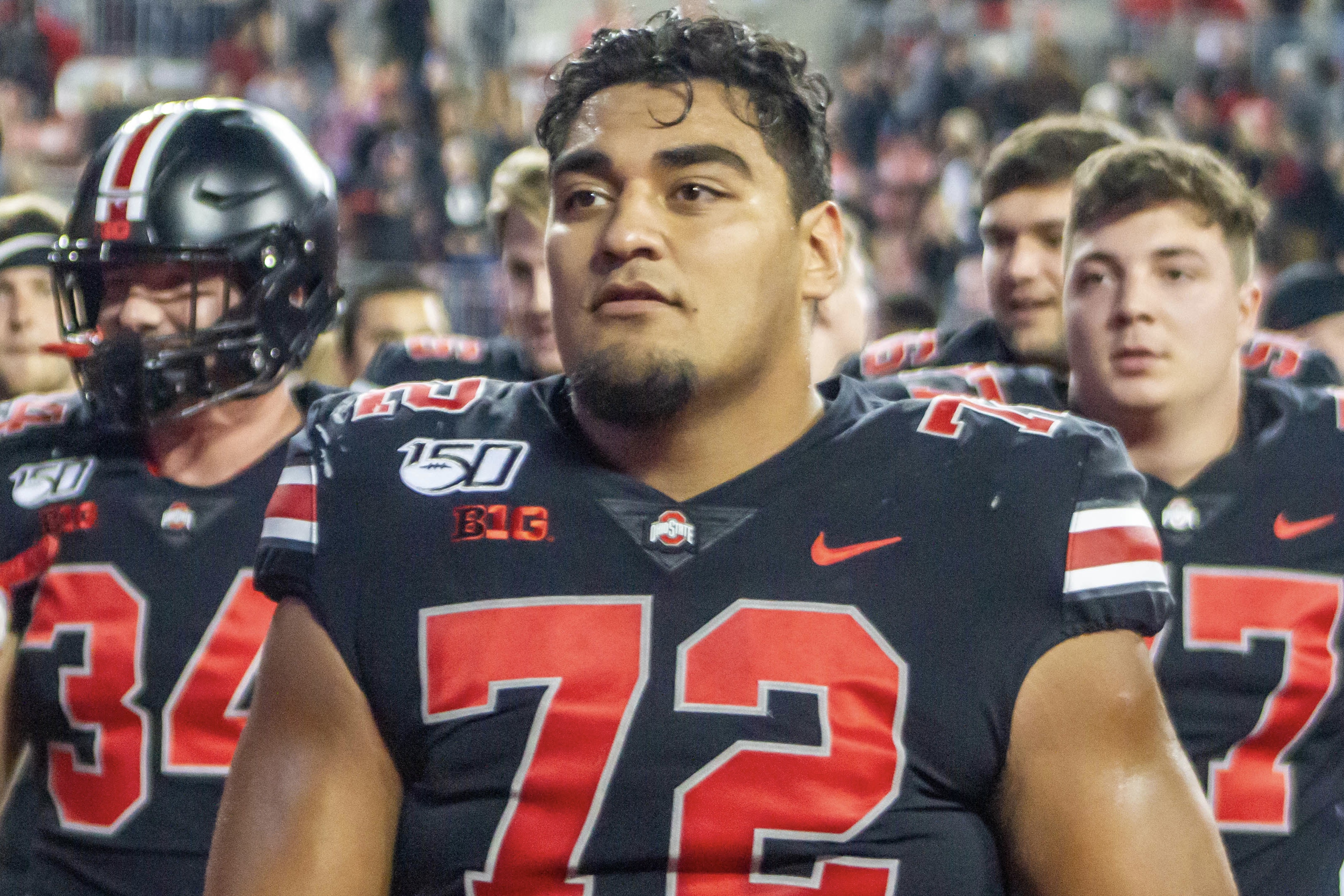 Day two was the day that many draft analysts slotted former Ohio State defensive tackle Tommy Togiai for, but he ended up falling to day three. Togiai, who started for the first time in 2020, was selected with the No. 132 pick by the Cleveland Browns in the fourth round of the 2021 NFL Draft.

Togiai starred on the defensive line for the Buckeyes in 2020. In seven games, he racked up 23 total tackles, 4 1/2 TFL and 3 sacks (all of which came in Ohio State’s win over Penn State). He also forced a fumble and broke up two passes, while serving as a force to be reckoned with against the run, combining with Haskell Garrett to create one of the better run defenses in the nation.

In his breakdown of Togiai, Dane Brugler of The Athletic described him as a developmental prospect and projected him as a third or fourth round pick.

Togiai is a bully in the trenches and has outstanding strength and flexibility through his hips to anchor, shed
and make plays at the line of scrimmage. He takes the “hard work always beats talent” mantra to heart, never taking plays off and competing with relentless effort.

Overall, Togiai needs to develop his handwork and timing as a pass rusher, but he boasts developed power, physical hands and budding instincts. He projects as a stout run defender with pass rush upside.