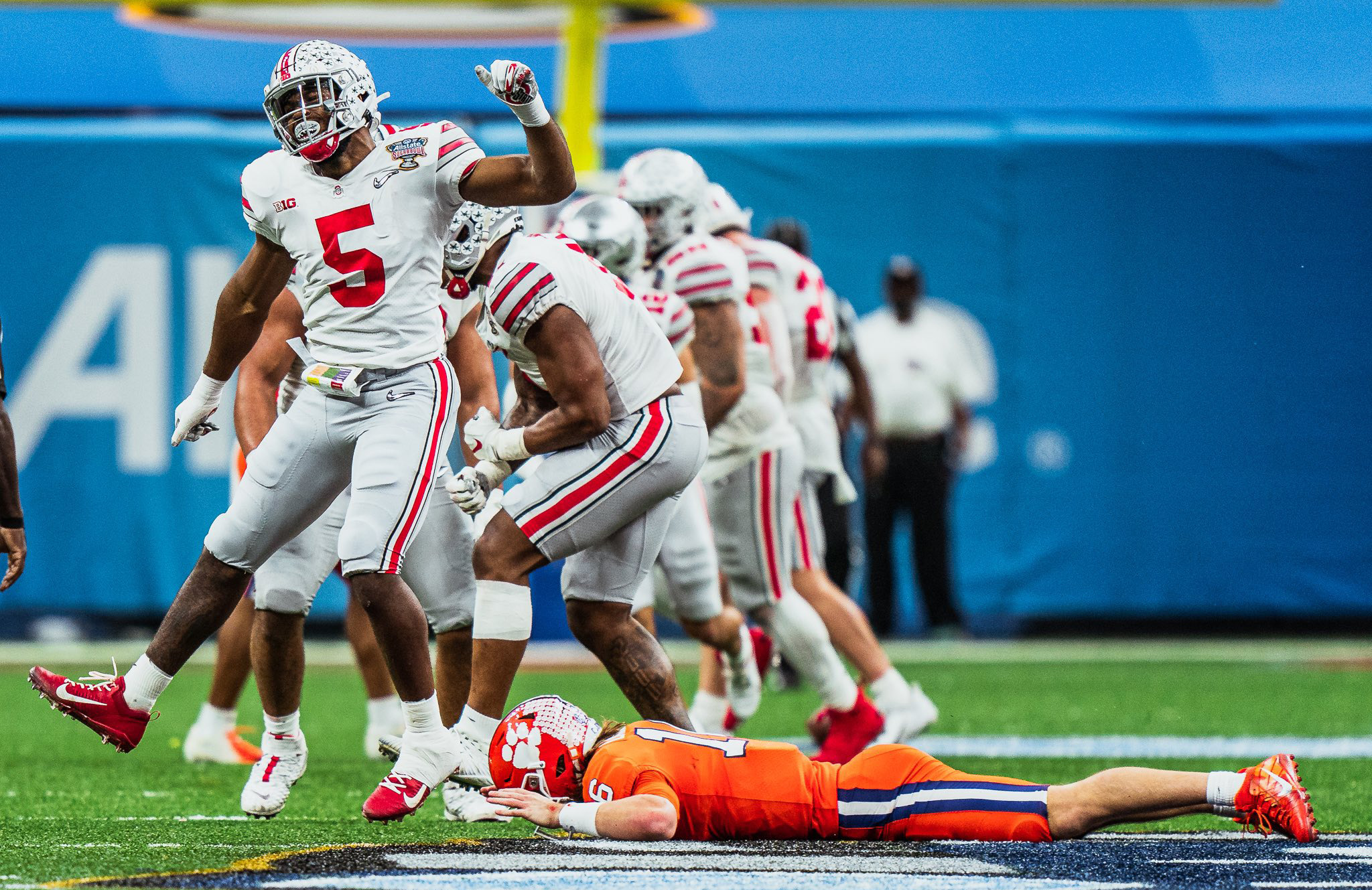 Ohio State linebacker/edge rusher Baron Browning’s name was called during day two of the 2021 NFL Draft, as the Denver Broncos ended his wait, selecting him with the No. 105 pick in the third round.

A former five-star recruit, Browning took a bit of a winding path to the NFL. He spent several seasons as a contributor before earning a starting role in 2019, but he didn’t seem to fully come into his own until 2020, when Ohio State moved him into the hybrid Sam linebacker role and used him as both a traditional box linebacker and a pass rusher off of the edge.

In that new role, Browning totaled 30 tackles, 3 TFL and a sack, along with a pair of pass breakups, two forced fumbles and two fumble recoveries. He’s expected to lean even further into that edge rusher job title with the X.

In his annual draft guide, Dane Brugler of The Athletic identified Browning as great athlete but a player with questionable linebacker skills.

A part-time starter at Ohio State, Browning split his time between strongside and middle linebacker in defensive coordinator Kerry Coombs’ scheme. A five-star recruit, he didn’t light up the stat sheet in Columbus, but his career was a slow burn as he steadily improved each year, especially when he played primarily on the outside as a senior. Browning’s next level role will be different from team to team because of his athletic versatility to play physical or hold up in space. The mental side of the position is still a work in progress as he shows inconsistent vision and block/fit recognition as an inside backer. Overall, Browning doesn’t consistently play with anticipation, but he is physically impressive with the size, length and athleticism to rush the passer or drop in coverage. He projects best as a SAM linebacker or designated pass rusher with down-the-road starting potential.

Browning waited longer than he expected on day two of the draft, but he didn’t last into day three, as he was selected with the final day two pick.