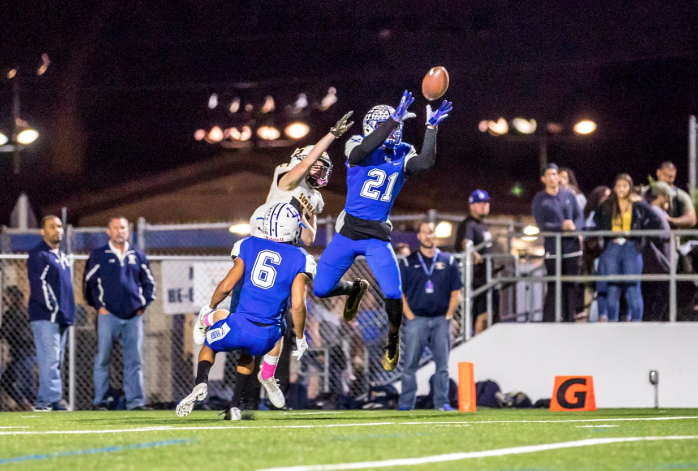 As he started his official visit June 21 with Ohio State, Clark Phillips became a part of the Buckeyes’ class for 2020 when he announced his commitment in the afternoon.

“The coaching staff, the legacy — everything about the program is for me,” Phillips said. “I’m excited.”

After the 2019 class resulted in zero commitments at cornerback, a miss Ohio State was able to afford with so much depth still at the position ahead of the fall, the 2020 cycle is needed to reload the secondary and is now on its way.

“(Ohio State is getting) impact,” Phillips said. “Impact as a player, versatility — everywhere in the secondary, I see myself playing. I just see myself making a big impact early on and the opportunity’s really, really exciting.”

Cavazos is considered the 247Sports composite’s No. 253 overall prospect, No. 20 safety and No. 37 player in Florida for 2020, but OSU recruited him as a cornerback.

“You see the clips of him making plays on the defensive side of the ball, but I think it’s impressive as anything that Clark Phillips does is what he accomplishes on the offensive side of the ball,” said 247Sports director of recruiting Barton Simmons. “And I say that because ball skills are so critical at the cornerback position these days. With the wide-open offenses these teams face, the need and necessity to create turnovers and capitalize on them. This is a kid with over 1,200 yards receiving as a junior and 19 receiving touchdowns. He has a couple picks as well, so he has fantastic instincts. But I love his ability to capitalize, turn teams over and make a play on the football. I think that makes him really unique in this class.

“I think he’s intensely competitive. He doesn’t shy away from competition. He doesn’t shy away from opportunities. I think you see it in pads, with his ability to make plays in run support. You see him in camps, willing to take on the best player out there and compete, rep after rep. He’s not the type of guy who’s going to go to an event and just sit in sandals and hang out. This is the type of player that wants to compete and I think you see that mentality on the field, at the cornerback position — a position where there’s so many 1-on-1 battles and you’re out there on an island. Man, what an important quality to have is that bulldog, intense, competitive mentality. Clark Phillips absolutely is, I think, one of the most defenders in this class.”

Ohio State offered the 5-10 ½, 178-pounder Jan. 24 and moved fast up his list of preferences. Phillips visited the Buckeyes March 28 for their eighth practice of spring camp and included them with California, Notre Dame, Oregon and UCLA in his final five May 1.

Phillips gave OSU its third commitment on defense at the time. While the unit only had Cavazos as its other pledge early in the month, Hafley — whom Day hired Jan. 7 after a three-year stint with the San Francisco 49ers from 2016-18 — dismissed the notion that the staff should be concerned without results on the defensive side of the ball.

“I don’t feel we’re behind,” Hafley said June 5. “Personally, we had a little bit of a later start since some of these guys are being recruited in September and I’m working to play the Rams in September. But that’s OK.

“I think the staff, the defensive guys and even the offensive guys helping, that’s the cool thing. It’s not like it’s just defensive guys recruiting defensive guys. I think everyone’s doing a really good job. We’ve got some pretty good guys coming I for a visit and we’ll swing away. I’m not concerned. It’s Ohio State. We’ll be OK.”