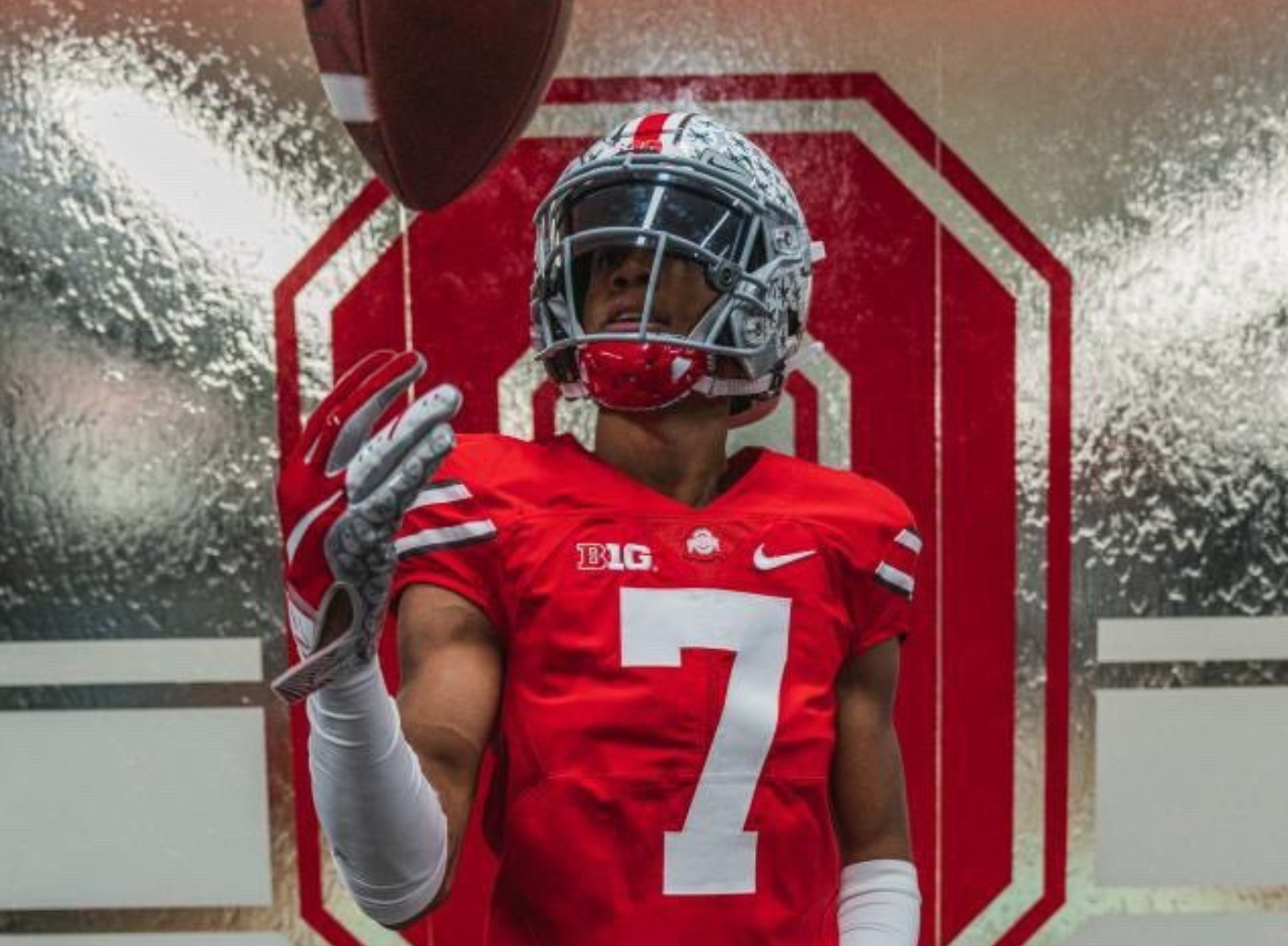 1000% COMMITTED 🌰⭕️
I AM A BUCKEYE FOR LIFE ❤️ pic.twitter.com/VKGkvXxDfu

The 6-1, 171-pound Hancock is considered the sixth-best cornerback and No. 77 prospect overall in the class of 2021, as he recorded 12 pass break ups, two interceptions and one forced fumble to lead the Bulldogs to the state semifinals last fall.

The Buckeyes were considered the early favorite in Hancock’s recruitment, as he grew up rooting for the program and even had a blanket and video game control with an Ohio State logo in his bedroom. He planned to take an unofficial visit to Columbus this spring, and most prognosticators expected him to announce his commitment to the program at that time.

Before that visit could happen, though, Hancock took an unofficial visit to Clemson in early March. He pledged his services to the Tigers just a few days later, citing the campus’ proximity to his hometown and their overall focus on faith as the reasons why.

Ohio State wasn’t deterred by Hancock’s commitment, with head coach Ryan Day, defensive coordinator Kerry Coombs and linebackers coach/area recruiter Al Washington making it clear there would always be a spot for him in the class if he ever wanted to flip to the Buckeyes. That persistence paid off when he reopened his recruitment on July 14.

While schools like Alabama, Georgia and Florida State hoped Hancock would take official visits this fall before making another decision, his quick decision makes it clear he wanted to be at Ohio State all along.

It’s also worth keeping an eye on Hancock’s high school teammate, Clemson four-star linebacker target Barrett Carter. He appears solid in his commitment to the Tigers, but the two have been vocal about their desire to play together at the next level and Ohio State was one of Carter’s final schools before he picked Clemson in May.