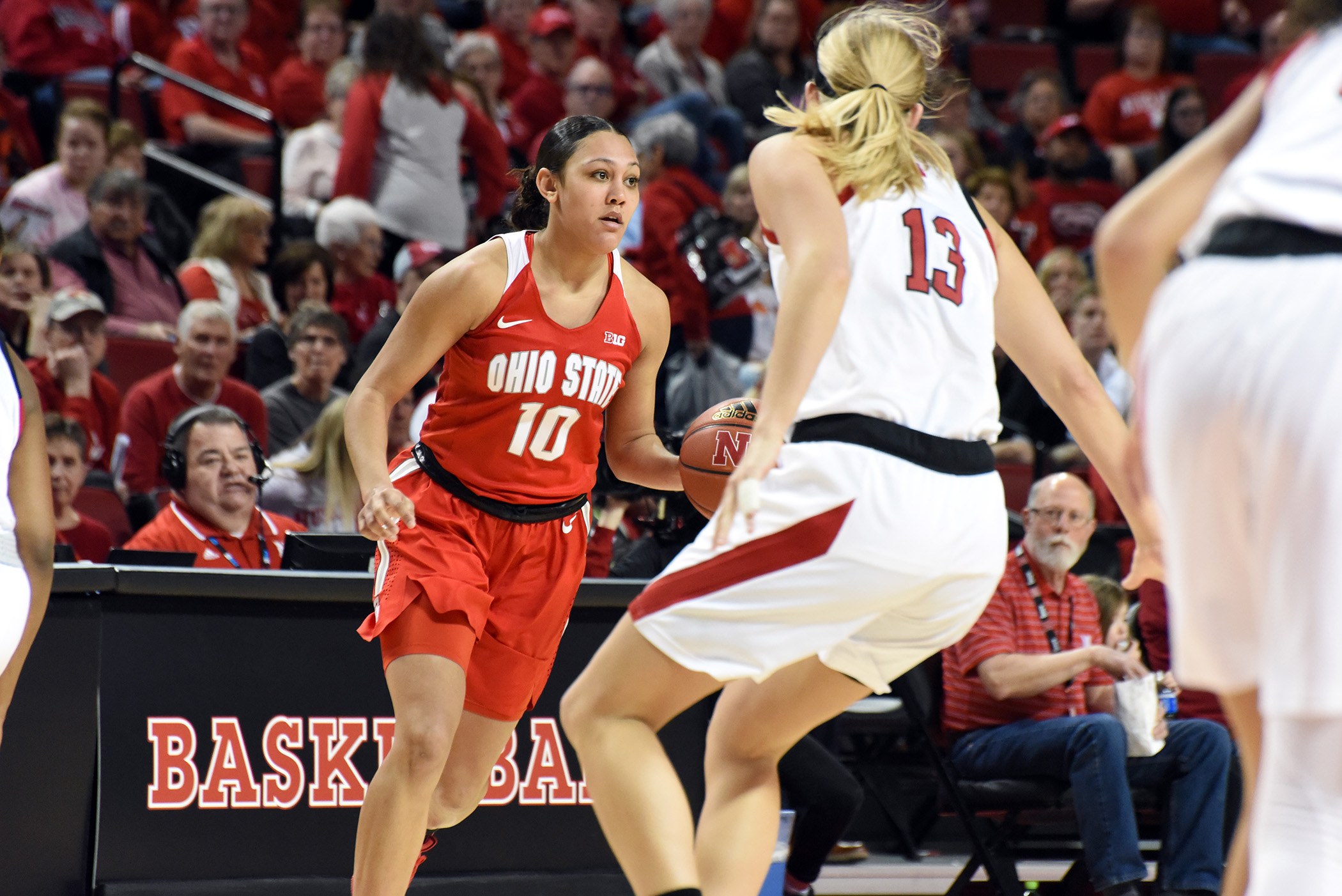 The biggest upset of the year for Ohio State women’s basketball came against No. 2 Louisville. The most impressive stretch of any game was when Ohio State made 11 straight shots in the fourth quarter to beat No. 20 Indiana on the road.

Those games were vastly important for the Buckeyes last season, but neither were quite as important as a Feb. 2 road battle with Nebraska.

Ohio State came into that game with an 11-9 record, usually a bad enough win-loss to be well out of NCAA tournament contention, but with a signature victory over Louisville and one of the hardest schedules in the country, the Buckeyes found themselves right on the bubble with the Cornhuskers, who held a 15-6 record themselves.

This game also came after back-to-back losses, both of which were to strong teams in Iowa and Maryland, but the latter of which came at home and by 20 points in am 85-65 defeat.

The Buckeyes absolutely needed a win in Lincoln, both to stay in the tournament picture and to buck momentum, and they did just that, but it surely did not come easy.

The first quarter was a high-scoring affair, with Nebraska taking a 25-23 lead into the second after shooting 9 of 16 from the field and 3 of 5 from deep, while the Buckeyes hit half of their 20 shots overall and 3 of 7 from behind the arc.

I bring these strong shooting numbers up for a reason: these rates would go downhill, and in a big way, as the game continued on.

The Cornhuskers got the two-point lead on the back of a 5-0 run, then immediately started the second quarter with five more unanswered points to make it a seven-point advantage.

That lead ultimately ballooned to a 44-29 lead with 2:14 to go in the half, thanks in part to bad defensive plays like this one, which let Sam Haiby make the easiest layup of her life when Jacy Sheldon and Rebeka Mikulasikova don’t communicate on a switch.

The teams exchanged baskets late in the quarter, ending with center Kate Cain, one of three Nebraska players with 10 points in the first half, finishing the half with this beauty of a hook shot to keep the Cornhuskers up 15, putting Ohio State in a deep hole that the program had not come back from at half since at least the 1978-79 season.

In the second quarter, Nebraska continued shooting well, hitting on 8 of 15 from the field and, again, 3 of its 5 attempts from three. Ohio State, meanwhile, went ice cold, hitting just 4 of 19, actually shooting better from three (3 of 10) than from two (1 of 9).

One would think that, for Ohio State to come back, it would take a shooting turnaround to match the hot shooting that was coming from the Cornhuskers. That would make sense, but that would also be brutally incorrect.

Instead, the Buckeyes continued to shoot terribly in the third quarter, but something remarkable happened: Nebraska’s shooting fell off a cliff. Ohio State upped the defensive pressure, took over on the boards, and held the Cornhuskers to one field goal on 12 attempts in the third.

The third quarter, despite a putrid 5-of-21 shooting and a nearly just as bad 7-of-14 shooting from the free-throw line, the Buckeyes used their 20-11 rebounding in advantage to start to cut in the lead, and they looked to junior guard Braxtin Miller to do it.

Miller, who was held scoreless in the first half, hit all three of her shots in the third quarter, and her 10 points helped Ohio State trim the lead to 59-53.

The fourth quarter was more of the same: two teams with offenses that were really struggling to get anything going. But, as in the third quarter, Ohio State’s defense was just a bit stronger, and it helped the team take advantage, but not without more issues from Cain.

This was Cain’s only basket in the second half, but she did her damage with 10 rebounds and five blocks in the half alone.

Still, Ohio State continued to inch its way back into the game, despite another awful (6 of 19, 1 of 5 from three) quarter of shooting.

Miller went just 1 of 4 in the fourth quarter, but her make was a crucial and-1 on a tough drive to the hoop that brought the Buckeyes within three.

Though Miller’s 14 points were easily the most in the second half of any Ohio State player, another guard, freshman Kierstan Bell, had eight key points to help make the comeback happen.

Two of Bell’s points came on this clutch jumper from just inside the line to tie the game at 68 and officially bring Ohio State all the way back from the halftime deficit.

Nebraska, following up a third quarter of shooting 8.3 percent, shot 18.8 percent in the fourth for a grand total shooting of 4 of 28 (14.3 percent) in the second half to let the Buckeyes sneak into overtime.

Still, Leigha Brown had a decent look to finish the game in regulation, but Miller completely smothered the opportunity with tremendous defense to get Ohio State into the extra frame.

In overtime, the shooting improved, slightly. The teams exchanged two-pointers to open the frame, then, with 3:18 to go, Hannah Whitish made a three to put Nebraska up one. A free throw by Isabelle Bourne upped the Cornhusker lead to 74-72 with 2:40 to play.

That lead would stay the same score for the next 90 seconds following six straight misses on both sides.

Finally, off a Miller miss, Aaliyah Patty caught Nebraska completely sleeping under the rim and put up a layup to tie the game. Even worse from Nebraska is that Whitish fouled Patty on the play, and the ensuing free-throw make put the Buckeyes up one heading into the final minute.

Following a steal by Madison Greene, Miller would have her chance to ice the game.

Off a nice pick play, Patty separates Brown from Miller and Cain is late on the switch, which leaves Miller wide open. She responds by calmly sinking the three that sealed the deal and finished off the best halftime comeback effort for Ohio State since at least 1978-79.

Here’s some stats for you from this insanely bizarre matchup:

This was a weird, weird game, but it was one Ohio State found a way to win against all odds. The Buckeyes completely shut down Nebraska’s attack after halftime, and managed to come back despite the shots not falling.

This victory was the start of a six-game winning streak that solidified Ohio State’s place as an NCAA tournament team – despite the tournament not happening – and was the ultimate turning point for a team that went 10-3 in its final 13 games.

It might not get looked at as much as a win over the No. 2 team in the country, or even as much as the Big Ten tournament run, but this 15-point comeback victory over Nebraska is what sparked Ohio State down the stretch of the season, and potentially the win that allowed the year to feel like such a success for such a young team.