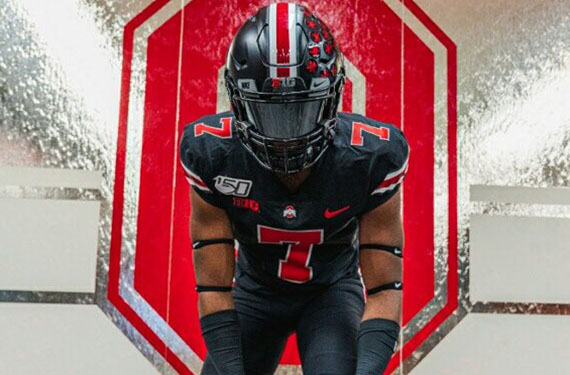 Ohio State landed a commitment from one of state’s top-rated prospects on Tuesday afternoon when Cincinnati La Salle three-star safety Jaylen Johnson announced his pledge to the Buckeyes.

Please respect my decision✌️ #Committed
Thank you to all the coaches that took their time to recruit me. pic.twitter.com/P1JKPXPY1T

The 6-1, 205-pound Johnson is considered the 18th-best safety and No. 421 prospect overall in the class of 2021, as he recorded 46 tackles while leading the Lancers to the Division II state championship this past season. He picked Ohio State over more than a dozen offers from programs such as Cincinnati, Indiana, Iowa State, Kentucky, Louisville, Michigan State, Penn State, Pittsburgh, Purdue and West Virginia, among others.

Johnson — who could potentially develop into a Bullet at the next level — was originally planning to make his college decision on May 22, his father’s birthday. But following an unofficial visit in mid-December during which he spent a considerable amount of time with head coach Ryan Day and linebackers coach Al Washington, decided he wanted to be a Buckeye.