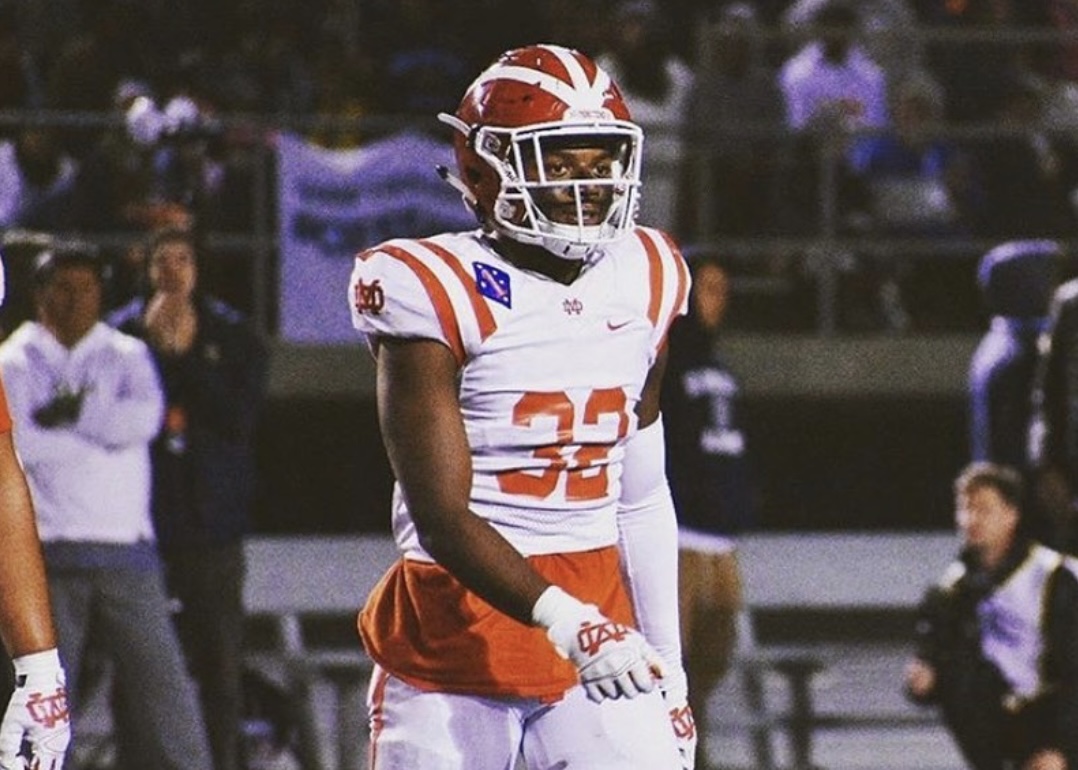 Along with Sammamish (Wash.) Eastside Catholic five-star defensive end J.T. Tuimoloau, the 6-1 and 215-pound Davis – who is considered the fourth-best outside linebacker and No. 45 prospect overall in the class of 2021 – is perceived to be one of just two targets remaining for the Buckeyes in the current cycle. He was committed to the Tigers but did not sign with the program during the early signing period and then reopened his recruitment on Dec. 31.

Davis visited Ohio State for a few hours last March as part of a country-wide tour that happened just before the coronavirus pandemic brought recruiting to a halt. His relationship with head coach Ryan Day, defensive coordinator Kerry Coombs and linebackers coach Al Washington has grown tremendously since, and he hopes to make it back to campus in the coming weeks before making a final decision, even though he won’t be able to meet with the coaching staff due to the dead period.

“Ohio State is a great program,” Davis told 247Sports national recruiting analyst Greg Biggins earlier this month. “When you look at what they’re doing now and how well they’re recruiting, it’s almost a sure thing if you go there, you’re going to make it to the playoffs and have a great shot to get drafted. They win and develop. That’s who they are as a program.

“Hopefully, I can find a time to visit out there. I’m not just saying that, either. I really do want to visit and even though I don’t have a date yet, it has to happen. My parents really want to check out the place, and my interest is definitely real.”

The Buckeyes just signed one linebacker in Ironton, Ohio, four-star Reid Carrico, and the depth on the current roster has allowed Washington to be selective in his pursuit of other players at the position. Davis would be an added luxury at this point, even if most prognosticators ultimately expect him to choose the hometown Trojans next month.