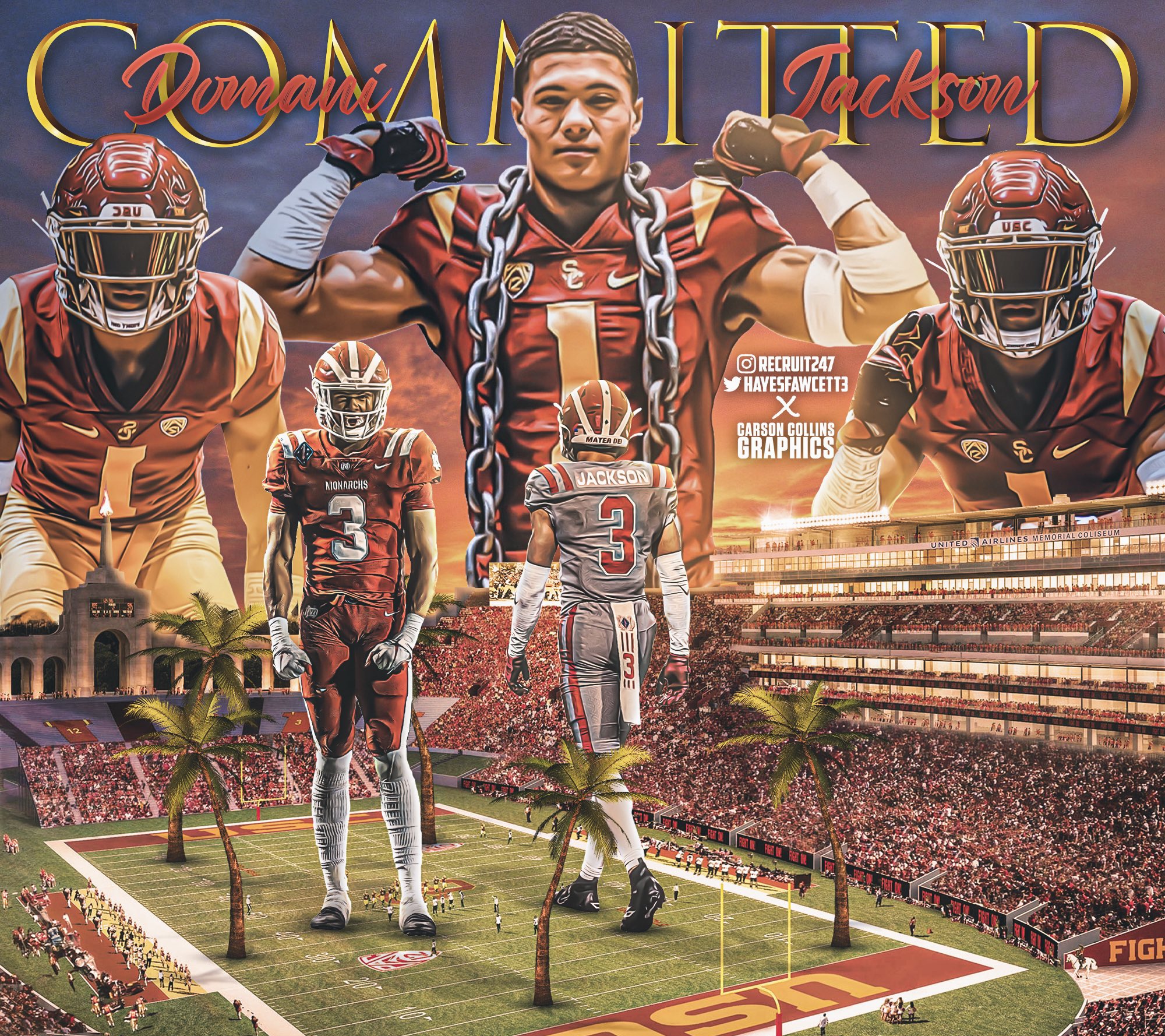 The 6-1, 185-pound Jackson is considered the top-rated cornerback and No. 3 prospect overall in the class of 2022, as he’s recorded 62 tackles, 12 pass breakups, three interceptions and one fumble recovery in 20 games with the Monarchs, who are set to begin their postponed fall season on Jan. 29.

Jackson landed an offer from the Buckeyes during a virtual visit last April, and although he’s never been to campus, his relationship with head coach Ryan Day, defensive coordinator Kerry Coombs and linebackers coach Al Washington is why Ohio State was widely viewed as the biggest threat to USC’s chances. He hoped to make his first trip to Columbus during the season but that never materialized due to the ongoing recruiting dead period.

On the other hand,Jackson is quite familiar with the Trojans, seeing as his high school is less than an hour from Los Angeles Memorial Coliseum. He’s made numerous trips to campus over the course of his recruitment, as a result, and the allure of playing for the the hometown program – coupled with his growing relationship with associate head coach/cornerbacks coach Donte Williams – was simply too much for the Buckeyes to overcome.