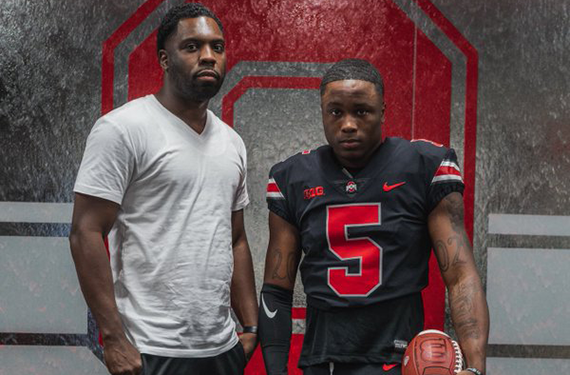 Ohio State added yet another one of the nation’s top-rated wide receivers on Monday afternoon when St. Louis Trinity Catholic four-star wide receiver Mookie Cooper pledged his services to the Buckeyes.

The 5-9, 193-pound Cooper is considered the 11th-best wide receiver and No. 64 prospect overall in the class of 2020, as he racked up 1,153 all-purpose yards and scored 18 touchdowns to lead the Titans to the state championship last season — where they defeated incoming freshman wide receiver Jameson Williams and Cardinal Ritter Prep, 45-19. He picked Ohio State over finalists Illinois, Miami, Texas and USC.

The Buckeyes extended an offer to Cooper back in October 2017, but didn’t become a player for his services until this spring when he reopened his recruitment following a three-week commitment to the Longhorns. The Illini were the perceived favorite to land Cooper’s pledge at that time thanks to his relationship with tight ends coach Cory Patterson (his former head coach at Trinity Catholic), but his first and only trip to Columbus in mid-May changed that.

Cooper becomes the 20th member of Ohio State’s 2020 recruiting class, joining three other Top 100 wide receivers in five-star Julian Fleming (No. 5 overall) and Gee Scott (No. 66) and Jaxon Smith-Njigba (No. 89).