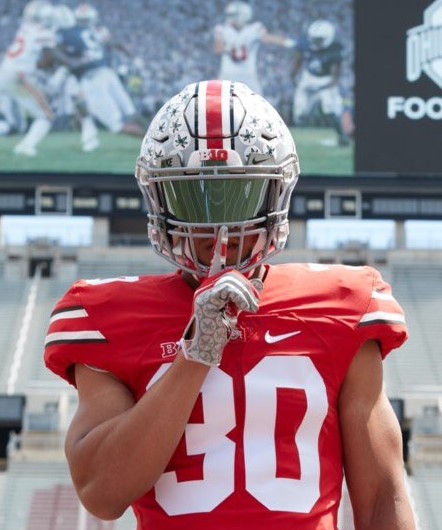 After much deliberation with my family and coaches, I have made the decision to attend THE Ohio State University‼️I am grateful to now be able to focus on my team and our success for the 2019 season. pic.twitter.com/e2CTj4U0VW

Simon picked up an offer from Ohio State May 7, made his official visit June 20 and committed to the Scarlet and Gray June 29, becoming the Buckeyes first linebacker commit in the 2020 class.

An incredible athlete, Simon, displayed his athleticism at The Opening April 7. He ran the 40-yard dash in 4.62 seconds and completed the 20-yard shuttle in 4.28 seconds, showcasing excellent speed at his size. Simon also leaped 38.9 inches in the vertical jump, indicating his bounce is comparable to high flyers in the NBA.

As a junior at St. Peter Prep, Simon recorded 89 tackles, 13 1/2 tackles for loss, 4 1/2 sacks, one forced fumble, two fumbles recoveries, four pass break ups and one interception, which he returned for a touchdown, per 247Sports.