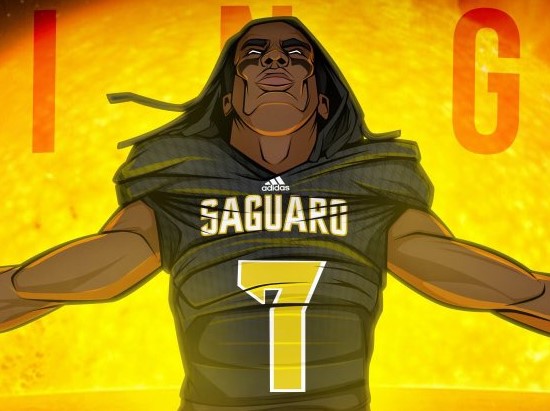 Thank you God for 17 years of blessings🙏 Respect my decision….. #top5 pic.twitter.com/Qig6bTROUT

The Scottsdale, Ariz., native is the nation’s No. 9 overall prospect and No. 1 corner for the 2020 class, as well as the No. 1 recruit in his state.

Ringo is the No. 176 highest-rated recruit of all time and is a top target for each of the programs in his top five.

At 6-foot-2 and 205 pounds, Ringo possesses excellent size for a cornerback, but does not lack speed. The athletic defensive back ran a blazing 4.35-second 40-yard dash at the Rivals Camp, crowning him as the fastest player at the event.

Ohio State offered Ringo on April 18, 2018 and he made an unofficial visit to Columbus for the Minnesota game on Oct. 13.