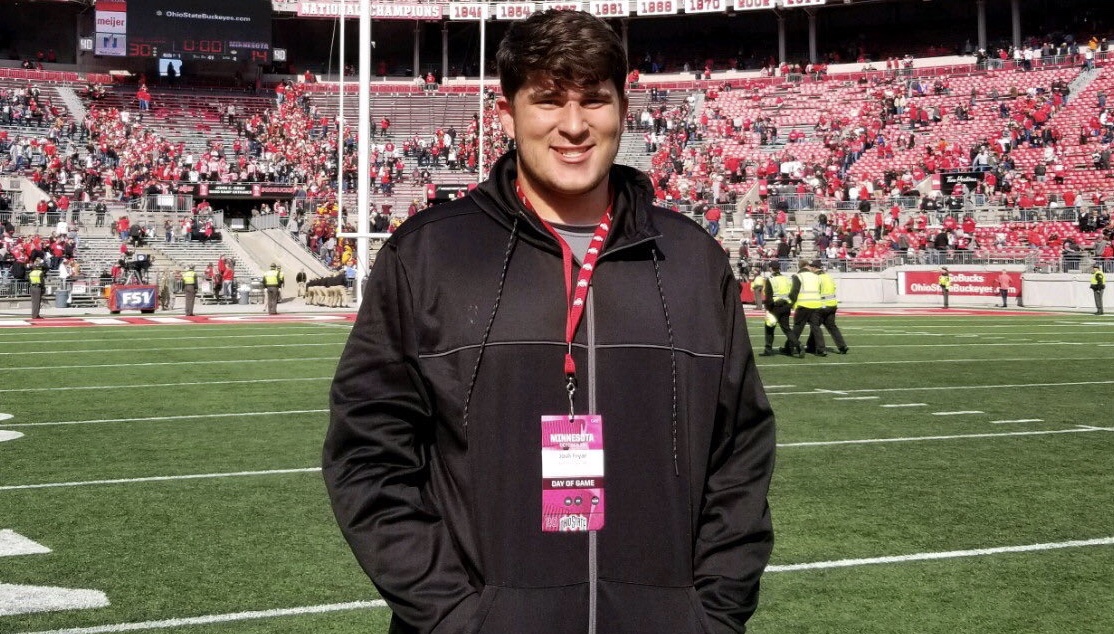 The 6-5, 294-pound Fryar is considered the eighth-best center and No. 414 prospect overall in the class of 2020, but has been recruited by Ohio State because of his ability to play multiple positions along the offensive line. After all, the Buckeyes already hold a commitment from New Jersey four-star Luke Wypler, the nation’s top-rated center.

Fryar has been on Ohio State’s radar for quite some time, as he attended the win over Minnesota last October. The Buckeyes then extended a scholarship offer in December, but he was not discussed as an option until recently because the staff had been focused on addressing other needs along the offensive line.

Fryar lined up several official visits for the spring with hopes of making a decision this summer, with schools like Indiana, Oregon and Penn State all seemingly taking control of his recruitment with each visit. But then his official visit with Ohio State the weekend of June 21 ultimately separated the Buckeyes from the Hoosiers, Ducks and Nittany Lions.