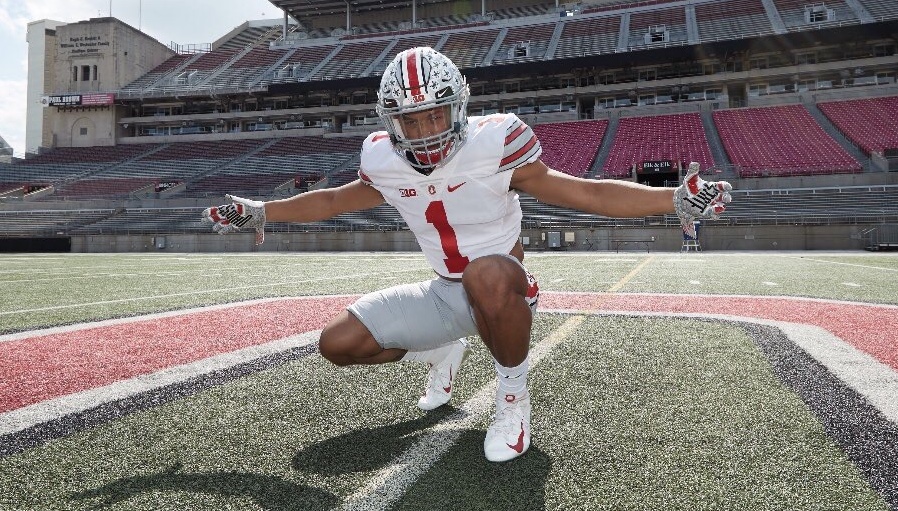 Ohio State landed its third commitment in as many days on Thursday morning when Muskegon, Mich. three-star athlete Cameron Martinez pledged his services to the Buckeyes.

The 6-0, 195-pound Martinez is considered the 21st-best athlete and No. 370 prospect overall, as he rushed for 2,526 yards and 38 touchdowns and threw for 649 yards and 12 more scores to lead the Big Reds to the state championship game last fall. His position at the college level very much remains up in the air, though it’ll either be wide slot receiver or hybrid linebacker/safety — otherwise known as the “Bullet” position.

Ohio State has been keeping tabs on Martinez for quite some time — dating back to early interest from former cornerbacks coach Kerry Coombs and transitioning through Taver Johnson’s tenure — and finally offered him a scholarship in February. He took several unofficial visits this spring, which allowed him to bond with head coach Ryan Day, wide receivers coach Brian Hartline, defensive coordinator Jeff Hafley, assistant secondary coach Matt Barnes and director of player personnel Mark Pantoni.

His official visit to Ohio State the weekend of June 21 was the third and last official visit for Martinez, who also visited Northwestern in May and Minnesota last month. It was at that time he decided he wanted to be a Buckeye.