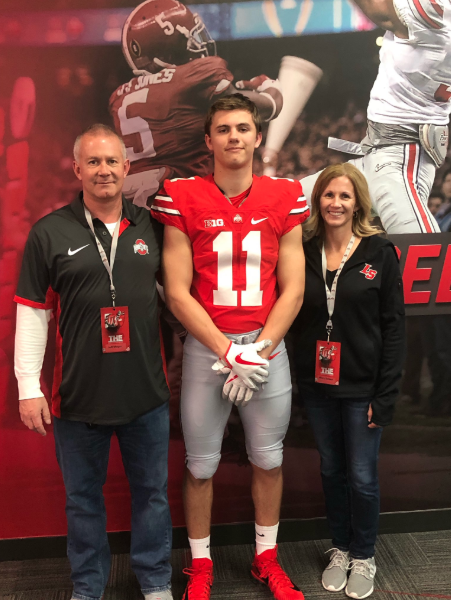 Fifteen days after he announced an offer May 20 from Ohio State, Jake Seibert jumped on his chance to join the Buckeyes’ 2020 recruiting class Tuesday when he announced his commitment.

According to Chris Sailer Kicking, Seibert is the No. 1 kicker in the nation for 2020.

“Jake is a special kicking talent. He is an amazing athlete with a big time leg and natural ability,” Seibert’s evaluation read. “He hits a great ball off the ground on field goal. He has 60+ yard range and gets excellent lift on his ball. His kickoffs are D1 ready right now. Jake drives the ball deep into the end zone with 4.0+ hang time. He is a competitor that thrives under pressure. The sky is the limit here. Jake is a fine young man with a great attitude and work ethic. Big things ahead for this Chris Sailer Kicking Kicker. Look for Jake to dominate this 2019 off season and pick up multiple D1 offers. Excellent prospect. OFFER NOW!!!”

Seibert racked up scholarships after he completed his junior season of high school, starting Feb. 19 when Temple offered.