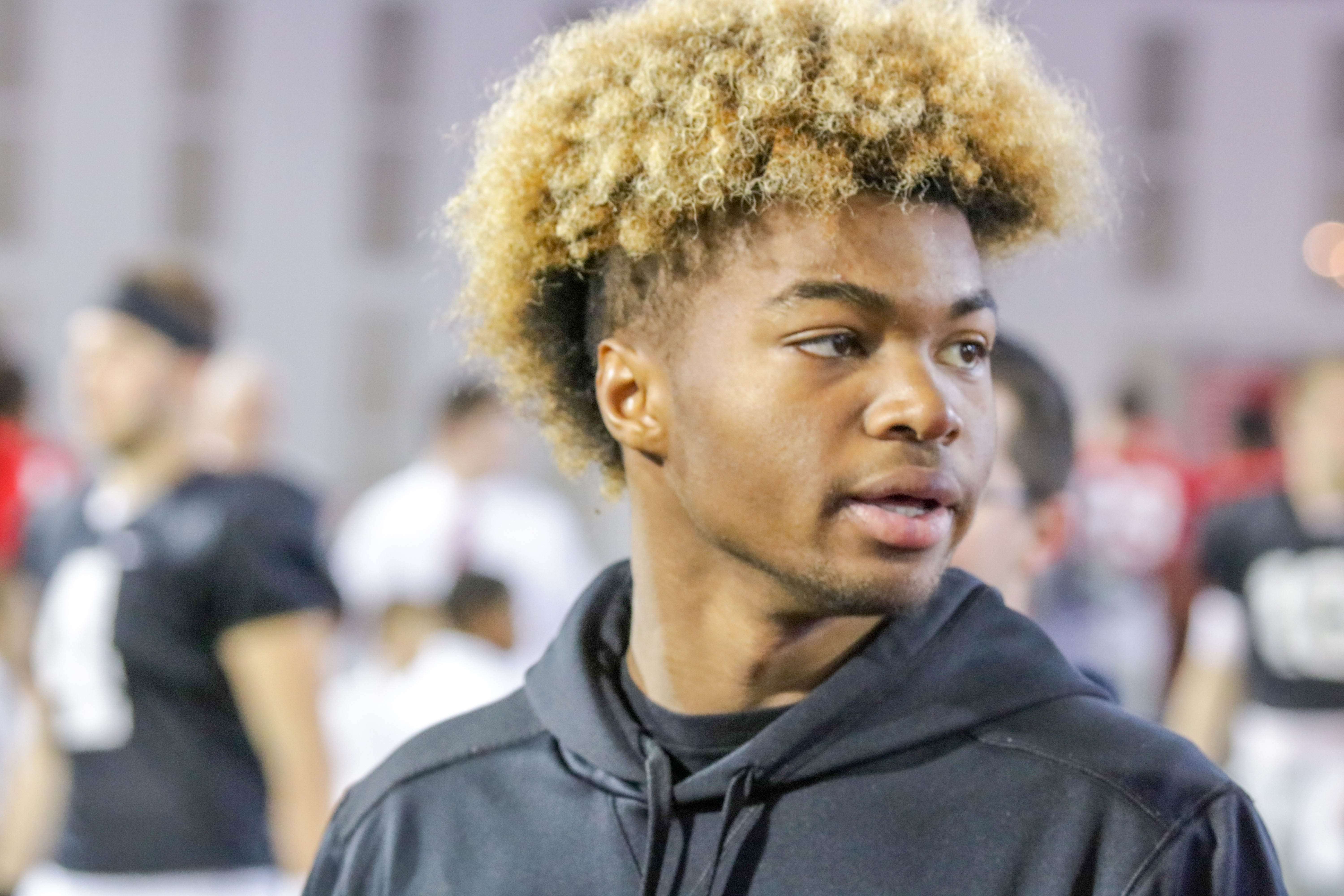 Late last June, Michael Drennen walked into the Woody Hayes Athletic Center, emerged from Urban Meyer’s office with an offer and became one of Ohio State’s top targets for the 2020 recruiting class.

Close to a year later, the four-star all-purpose back from nearby Dublin (Ohio) Coffman remains chief among the Buckeyes’ priority prospects with Meyer’s head-coaching baton passed to Ryan Day.

Just a 20-minute drive across Interstate 270 east and down Ohio State Highway 315 south, Drennen has been back and forth from Dublin to Columbus plenty, and he has OSU atop his options.

The 5-10 1/2, 187-pounder has taken visits to Ohio State for game days in the fall and several offseason return trips since then.

“Mostly, I’m not going to lie, I talk to Coach Day,” Drennen said. “We text a lot. He’s cool. He’s a cool dude. Half the time we text — a lot of coaches text you mostly about football. We’re just having normal conversations about life, for real, so he’s a cool dude. I really like that.”

Between both positions, Drennen’s potential future with the Buckeyes has been discussed at each spot.

“Probably H-back,” Drennen said. “Coach Alford, he’s the running backs coach, so he wants me at running back. But I feel like (in) Coach Day’s (offense), I feel like he thinks I’m more of an H-back, like a K.J. Hill or Jaelen Gill.

With strong interest on both sides, why has Drennen remained uncommitted?

Throughout the spring, the offers kept rolling in.

Up to 35 scholarships after recent bids from Florida (March 27), Auburn (April 5) and South Carolina (April 16), he continues to examine his options but knows the process is winding down.

“See, I started with Kentucky and now I’ve got Alabama,” said Drennen, whose first offer came July 17, 2016, from the Wildcats. “So I feel like I’ve definitely made something out of it. I just feel like I’m nearing the end, so I’m going to have to make a decision soon. But I like it, I like it a lot.”

Blessed to receive my first offer from The University of Kentucky. 👆🙏 #BBN #HopeFitness #Power5 #GodIsGood pic.twitter.com/zmmnXRpZLv

Tennessee (Feb. 15) and the Crimson Tide (March 26) are among the southeast schools standing out for Drennen after he made recent visits, although his choices continue to include regional programs such as Penn State (Dec. 12) and Notre Dame (Jan. 26).

“Alabama, that’s just — it’s Alabama, it’s much different from any other school, for sure,” Drennen said. “Tennessee, I love going to Tennessee. I’ve been to Tennessee (several times since) my freshman year, so it’s my dad’s favorite school and he loves seeing me in that uniform. I’m definitely getting back there, for sure.”

As he navigates his recruitment, Drennen looks to schedule all five official visits between the summer and fall.

“I’m going to try to do most of my officials in the summer, but I’m going to probably do two in the fall, so I can see a few games,” Drennen said. “I’m going to narrow (the offer list) down late spring, early summer.”

Until he makes his next move, which most likely includes hometown OSU, Drennen focuses on all-around improvement after he capped his junior campaign with sharpened versatility from running back to slot receiver.

“I feel like, since I’m playing with mostly people my age now, so I’m getting older,” Drennen said. “I just feel like I can see the game differently now, it’s much slower than when I was a freshman and I just feel like I’m getting better overall — catching the ball, bursting, elusiveness, all of that.”