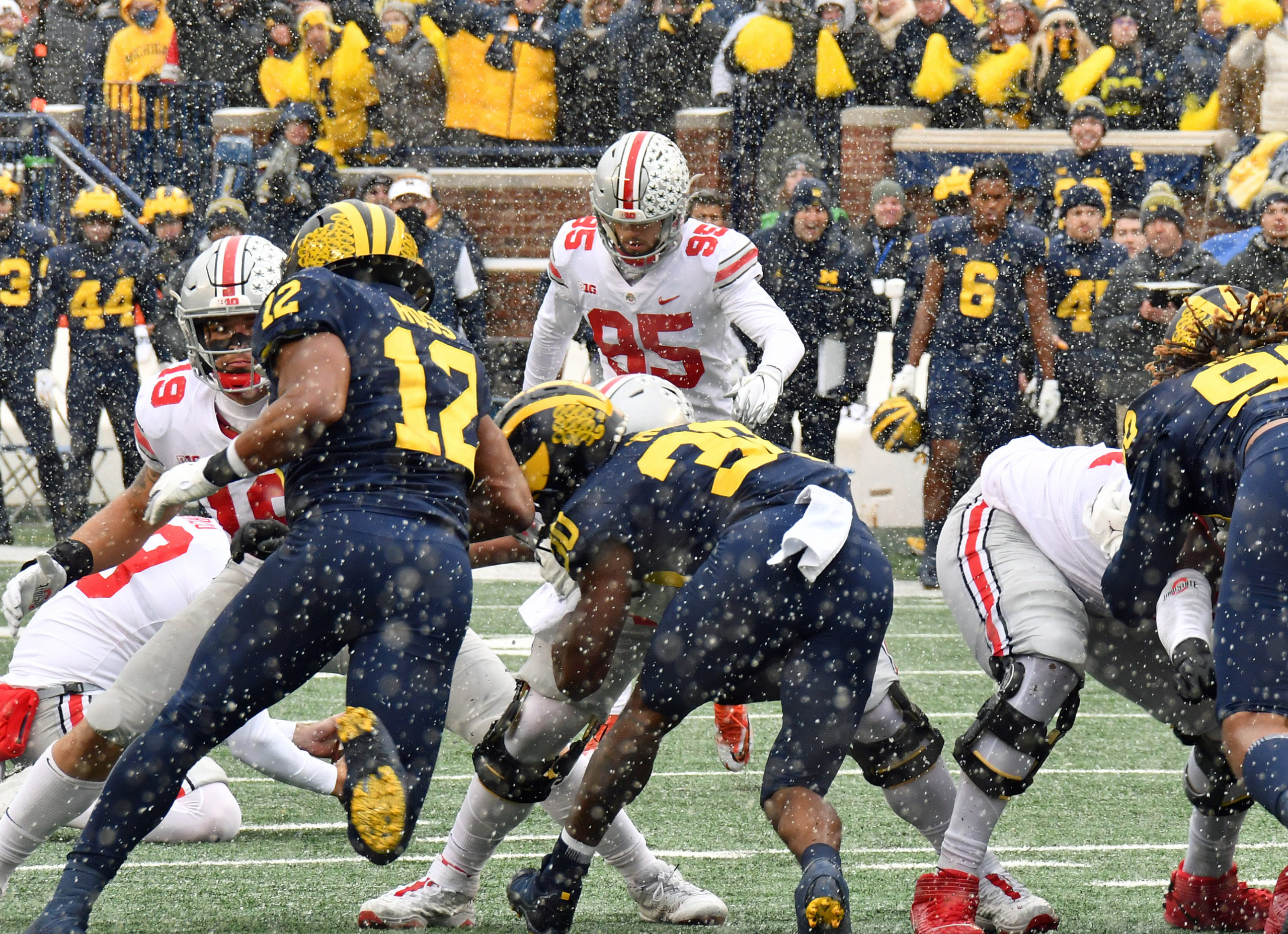 Ohio State’s young contributors are drawing inspiration from the loss that the Buckeyes suffered in Ann Arbor to end the regular season and cut short any playoff hopes, while the victorious Michigan Wolverines rolled to a conference crown and the No. 2 seed. After Ohio State’s first loss in The Game since 2011, its future stars see no other choice.

Especially as the Wolverines take full advantage of their opportunity, launching frequent shots across the bow at their vanquished foes, and Ohio State has in years past after toppling the Wolverines. It is, after all, the greatest rivalry in sports.

“I would just tell them: Go ahead, enjoy it for a year,” Ohio State defensive end Jack Sawyer said. “I don’t know if they’re going to get the opportunity to say that stuff and chirp all they want after next year. We’ll be ready come that Saturday in November next year.”

For youngsters like Sawyer, who had really only seen one Ohio State loss to Michigan in their entire lives – let alone in their careers in Columbus – the defeat and the chatter that’s followed it is serving as a wake-up call. Sawyer detailed more intense practices and a renewed sense of passion and drive within the program.

“I think we’re definitely a little pissed off,” Sawyer said. “It was a little shockwave to our team – and maybe we needed it. I think it kind of sparked us. We’ve been practicing a lot more physically, a lot more aggressively and just getting back to the fundamentals of things. I think you’re going to see a good football team come Jan. 1.”

Others, like redshirt sophomore linebacker Steele Chambers, saw plenty of truth in the statements of the past three weeks. When asked about offensive coordinator Josh Gattis declaring that the Buckeyes are a “finesse” team that couldn’t keep up physically, Chambers agreed and said that Ohio State needs to fix that.

“It definitely stung, but at the end of the day, he was right,” Chambers said. “I personally thought we played pretty soft, me included, as probably one of the bigger ones. It lights a fire under us. Hopefully, we can get ready for next year.”

Some of the older players in Columbus have taken a different tack, though they agreed that the statement can guide the team moving forward.

“From that coach up there, I really want to say something right now, but I’m not going to say it,” senior left tackle Thayer Munford said. “I’m gonna move away from that question because it’s going to make me mad. It does drive us. It really does drive us a lot, and it’s going to drive the younger players, too. I hope whoever said, ‘Make sure that doesn’t happen again,’ I’m gonna mark them for that word, too. Because I really hope that doesn’t happen again, at all. Because hearing their chirping all the time, it’s annoying. I don’t like it.”

Munford had words for former Michigan defensive back Desmond Howard too, who had a barb for the Ohio State offensive line at the Heisman ceremony, related to its struggles against the Michigan front.

“He can kick rocks too, I don’t care,” Munford said. “But also at the same time, he’s doing his job. It’s not professional of course, but he needs to do his job and just stick to his job, in my opinion.”