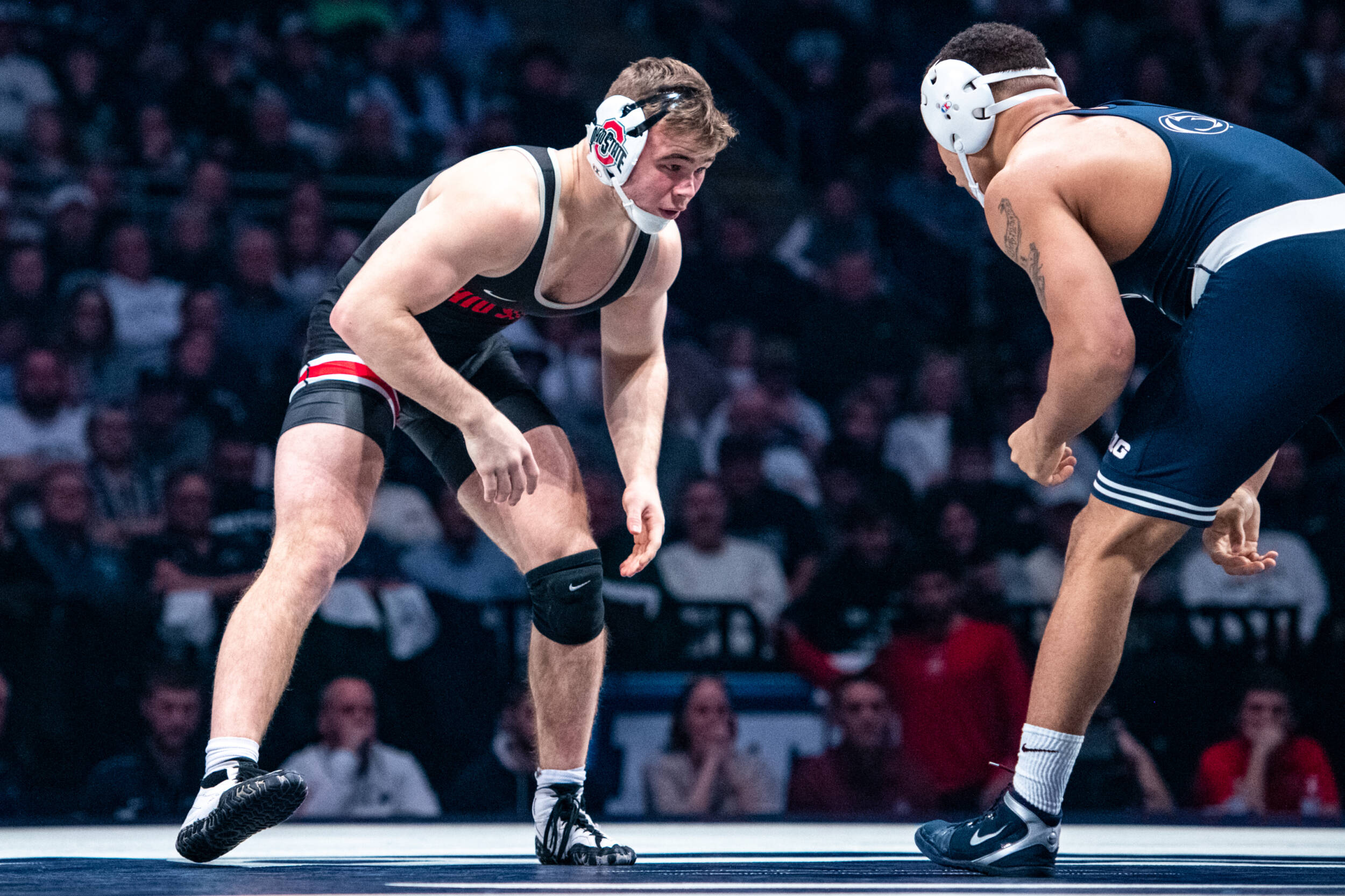 Entering the Big Ten Championships held on March 6-7, Ohio State head coach Tom Ryan expected to see all 10 of his wrestlers put up a showing worthy of qualification for the NCAA Championships. It was a bit of a down year for the Buckeyes in dual season as they generated a 5-4 record with losses to Illinois, Iowa, Michigan and Penn State, but the talent level was still high and odds seemed good that a strong finish was possibe.

“Practice has been going really well,” Ryan said. “It’s something that we continue to focus on. We’re going to have our chances, the guys that finish their shots late are likely to move forward in the tournament. We like our spots, we like our draws. There’s no reason – if Ohio State wrestling shows up and competes the way each guy can, I don’t think anybody has to wrestle out of their mind – that all 10 shouldn’t qualify for the national tournament. We’re going to need all 10 guys if we’re going to get a trophy this year.”

For D’Emilio, the qualification is a good sign moving forward, if nothing else. He was the seventh seed at the Big Ten Championships and will have the NCAA experience moving into his third season in Columbus. He’s expected to battle with sophomore Anthony Echemendia at 141 pounds next season, as he did in 2021.

In Jordan’s case, time is quickly catching up to the younger brother of Buckeye legends Micah and Bo, the latter of which is a volunteer assistant for the Buckeyes. A highly-touted recruit, Rocky has struggled with the details of college wrestling – specifically with his bottom game – and to scrape by as an at-large bid isn’t where he wanted to be at this point in his Buckeye career.

“For myself, I think I’ve kind of been up and down this year,” Jordan said. “Definitely not the performances I’ve wanted to have. Overall, I would say that I’m not really upset with myself, just that I know I can do better. I know I can wrestle better, I don’t think I’ve been wrestling my best.”

Seeding and brackets will be released on March 10 at 6 p.m. during the NCAA Division I Wrestling Championships Selection Show on NCAA.com.