Keyshawn Woods Steps Up At Right Time, Helps Ohio State To 2nd Round Of NCAA Tournament 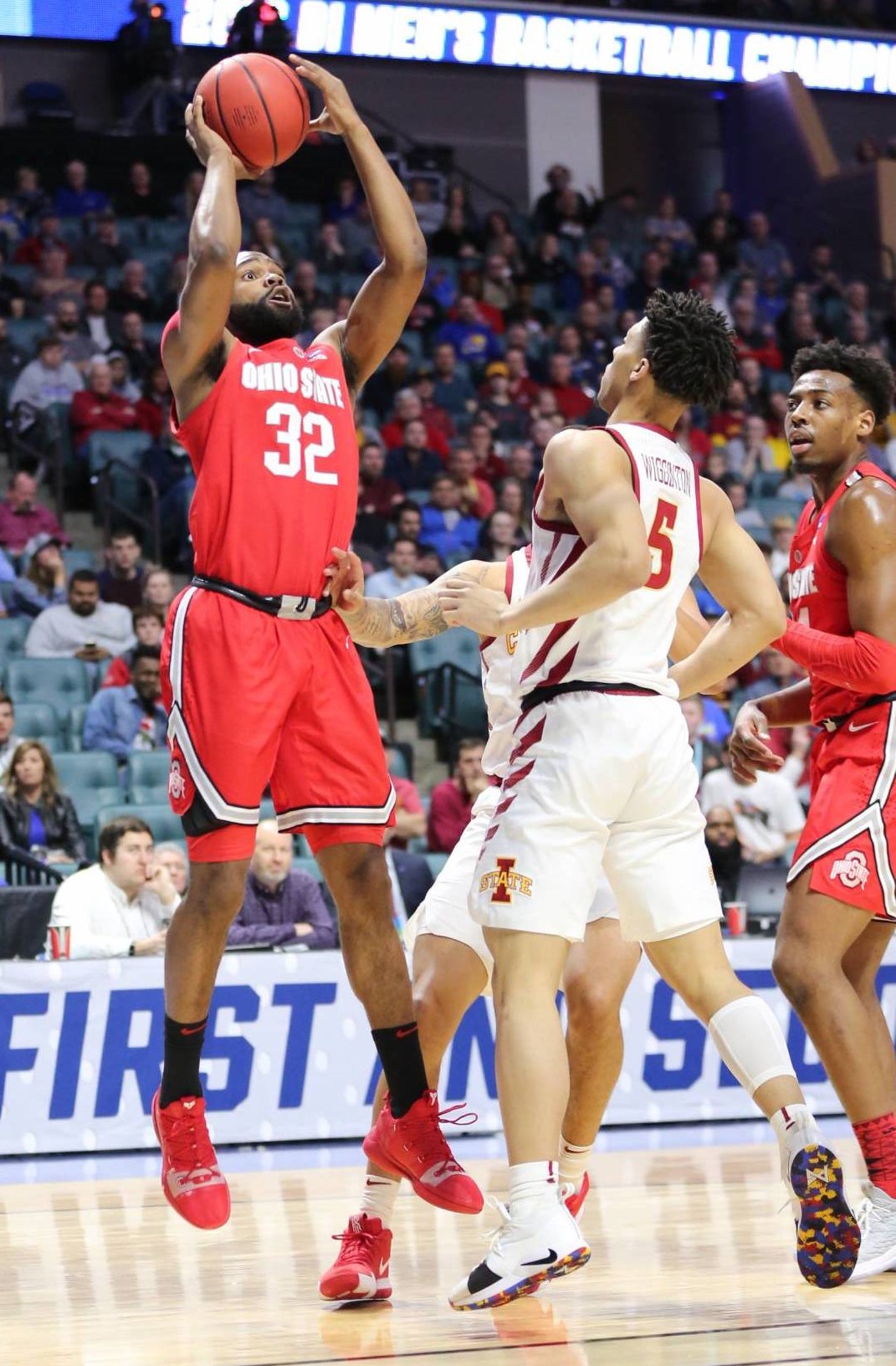 TULSA, Okla. — Ohio State guard Keyshawn Woods is playing like you’d want a graduate transfer to at this time of this season. Maybe better.

“He’s led our team in such a unique way that I don’t know that I’ve had a fifth-year guy kind of take the reins of a team as much as he has,” OSU coach Chris Holtmann said after the Buckeyes defeated Iowa State 62-59 on Friday in the first round of the Midwest Regional at Tulsa, Okla.

Woods admitted in January that he was frustrated by how he was playing in his first season with the Buckeyes (20-14). But a chance to play in the NCAA Tournament a second time (he played one game for Wake Forest in the 2016-17 season as a third-year sophomore) has motivated him.

“Mentally, I’m feeling good,” Woods said after the Iowa State game. “I just want to win. I want to keep playing. I don’t want my team’s season to end. And then I’ve got them pushing me. They’ve been telling me to be aggressive since I got here. They asked for it. They got it.”

Going further back, in the final two regular-season games he had 15 points and seven rebounds in a 68-50 loss to the Northwestern and nine points with five rebounds in a 73-67 overtime defeat to Wisconsin to extend the Buckeyes’ losing streak to three, all without suspended sophomore center Kaleb Wesson.

That was followed by a 79-75 win over Indiana in the first round of the Big Ten tourney in Wesson’s return that proved to be enough to earn an at-large bid to the NCAAs. Woods had 18 points, seven rebounds, four assists and made a late bucket to help seal the win vs. the Hoosiers.

“Having Kaleb back helps all of them play a little more confidently but dating back to that Wisconsin game the second half, last 10 minutes, he’s just had that look in his eyes,” Holtmann said of Woods.

Woods (6-3, 205) has a simple explanation for his turnaround. He knows his collegiate career, which began with one season at Charlotte before transferring and playing two seasons for Wake Forest, is winding down.

“I’ve been around, I’ve been in college for my fifth year. I had an up and down year and I’ve had some up and down seasons and for them to enjoy this, it’s more about them than it is me.”

Wesson has been one to beneficiary. With Woods draining shots against Iowa State it allowed Wesson more space inside to score 21 points.

“When my teammates hit their shots, it means (the opponent) can’t help as much in the post,” Wesson said.

Woods went through a stretch beginning in the 11th game vs. Youngstown State where he failed to score at least 10 points in 15 of 16 games. Part of the problem was that Woods felt he was better suited not to be starting although he has started 14 of 34 games, including the past five.

“He was so good for us early (in the season),” Holtmann said. “I might not have done a good job in terms of just changing the lineup back-and-forth. He told me he wanted to come off the bench. Maybe I should’ve just left him in the starting lineup. But he’s played with more juice this last two weeks, and he’s played so confidently.”

Woods was clutch vs. Iowa State. After the Cyclones took a 54-53, with 3:37 Woods countered with a bucket to regain the lead. He then made a trey off the inbound to extend the lead to 58-54 at the 2:44 mark. He iced the win with two foul shots with 18.7 seconds left for the final score.

“He’s being more aggressive, being more of who he is,” senior guard C.J. Jackson said. “We’ve seen this since he stepped foot on our campus this summer that he can be this type of player. He’s just letting himself go and letting the game come to him.”

“This is a Big Ten team, never played them before – we played one player last year,” Houston guard Galen Robinson Jr. said. “For the most part, it’s a really unfamiliar kind of feel to it.”

Woods said he doesn’t know if the Cougars will use that game in their scouting report but he knows what to expect from them Sunday at BOK Center.

“They play really, really fast. They get up and down. They’ve got shooters,” he said. “Their big men are relentless when it comes to getting offensive rebounds and playing down low. They’ve got all you need to win games. They’re really good on defense.

“Kudos to them. I know they’re like the No. 1 defense in efficiency in the country. Coach (Kelvin) Sampson is really good with those guys. I know from playing them last year it’s going to be a really good fight.”

Jackson hopes that Woods as a not-so secret weapon to the Cougars can come through again, “He’s finding it at the right time to show what he can do.”