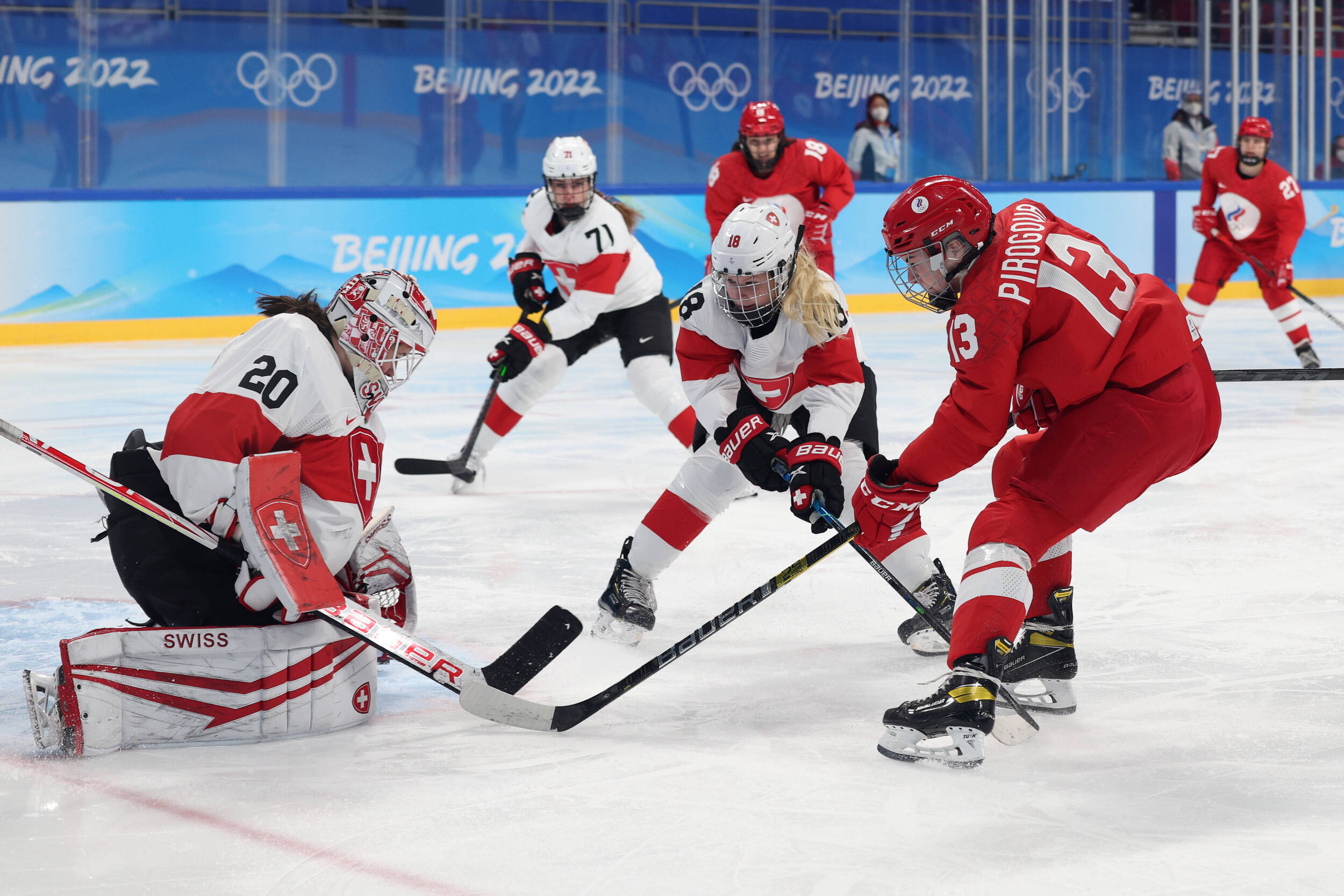 Five current and former Ohio State women’s hockey players will play for medals at the 2022 Winter Olympics on Wednesday and Thursday in Beijing.

The four remaining countries are Switzerland, Finland, Canada and the United States left to battle for Olympic medals, with each game involving more than one Buckeye skater.

The medal round opens with Ohio State senior goaltender Andrea Braendli and Team Switzerland facing off against former Buckeye defenseman Minttu Tuominen and Team Finland on Feb. 16 at 6:30 a.m. ET.

Braendli has faced more shots than any other goaltender in the field, making 199 saves in six games (33.17 saves per game). Tuominen has collected two goals and an assist in the tournament. She scored one goal on the power play, helping lead Finland to the second-best power-play efficiency at this year’s Olympics at a 33.3 percent scoring rate. The Swiss and Finns are both 2-4-0 in the tournament.

Canada won the preliminary matchup against the United States, 4-2, and is undefeated in its six games. Spooner has three goals and 11 assists in the tournament, which brings her to 14 points in the tournament — second among all skaters. Maltais has one goal, one assist and a plus-five on-ice rating, while Dunne has three assists for the Americans.

An Ohio State women’s ice hockey player has won a medal in every Olympics since the 1998 Nagano Games in Japan. Wednesday’s match between the United States and Canada marks the fourth-consecutive Olympics where a Buckeye will compete for a gold medal.

Spooner will make her third appearance in a gold-medal match for the Canadians. She helped Canada claim a gold medal in the 2014 Sochi Games and a silver medal in the 2018 PyeongChang Games. Tuominen will hope to add another award to her collection after winning bronze with Team Finland in 2010 and 2018, while Braendli, Maltais and Dunne can win their first medals with their respective countries.