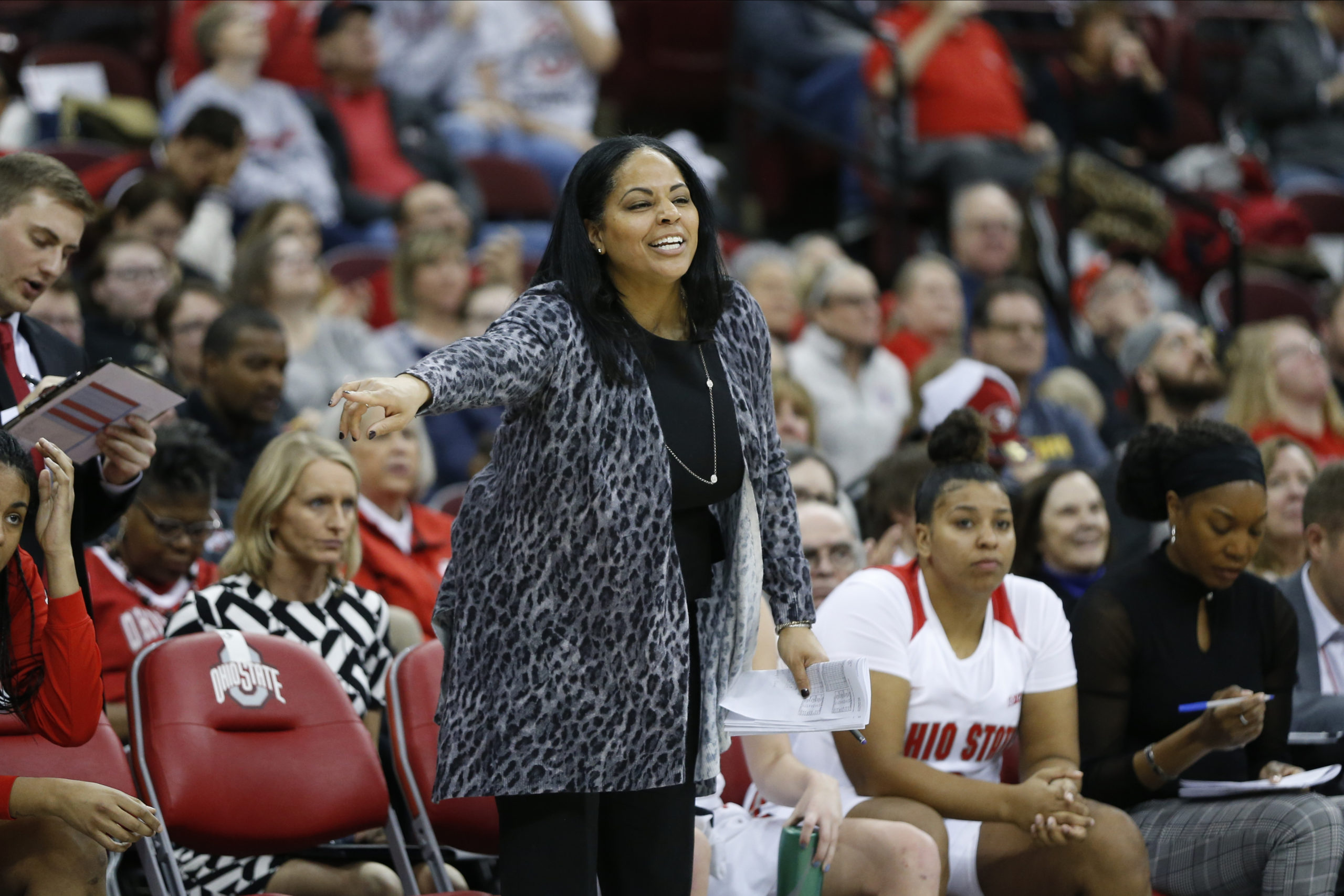 A key member of Ohio State women’s basketball’s coaching staff will be departing for an opportunity to lead a new team.

Assistant coach and recruiting director Carrie Banks is ending her tenure with the Buckeyes after four seasons to become head coach at the University of Nebraska-Omaha, the team announced Tuesday.

“This is a terrific hire for the University of Omaha Nebraska. Carrie is a rising star in the coaching profession and I am really excited to follow her success,” Ohio State head coach Kevin McGuff said in a statement. “She has been an intricate part of our program and we will undoubtedly miss her. I have no doubt Coach Banks will have the Mavericks competing for a Summit League championship in due time.”

Banks is taking over a Mavericks roster that went 7-23 last season, and whose 2-14 in-conference record was second worst in the conference. In 2018-19, Ohio State took on what will now be a conference foe for Banks when the Buckeyes faced South Dakota in Las Vegas on Nov. 28. They lost 68-53 to the eventual Summit League regular season champions.

Like the Buckeyes roster, Omaha’s is filled with youth, with the Mavericks losing just two seniors while having five freshmen on the 2019-20 team. They also return their leading scorer and rebounder, 6-3 sophomore center Mariah Murdle (11.1 points per game, 6.0 rebounds per game).

In her four years with Ohio State, Banks helped the program win 91 games, and worked primarily with forwards, helping to develop Stephanie Mavunga and Dorka Juhasz into First-Team All-Big Ten selections. She also helped to build a top-five class in 2019 with a trio of five-star prospects and seven overall commits.

Before arriving at Ohio State, Banks was an assistant on Northwestern under head coach Joe McKeown, who was just named the Big Ten Coach of the Year this past season. The Wildcats won 58 games in Banks’ three seasons with the Wildcats, and helped Northwestern earn its first NCAA tournament berth in 18 seasons.

This will be the second straight offseason in which Ohio State will have to add a new assistant coach after Patrick Klein stepped down last season amid allegations of violations of NCAA rules and university policy. Klein was replaced by Carla Morrow, who was an assistant coach for the WNBA’s Chicago Sky for three seasons prior to being hired.