With Help From Fellow Buckeyes, WR Kamryn Babb ‘Ahead Of The Curve’ On ACL Recovery 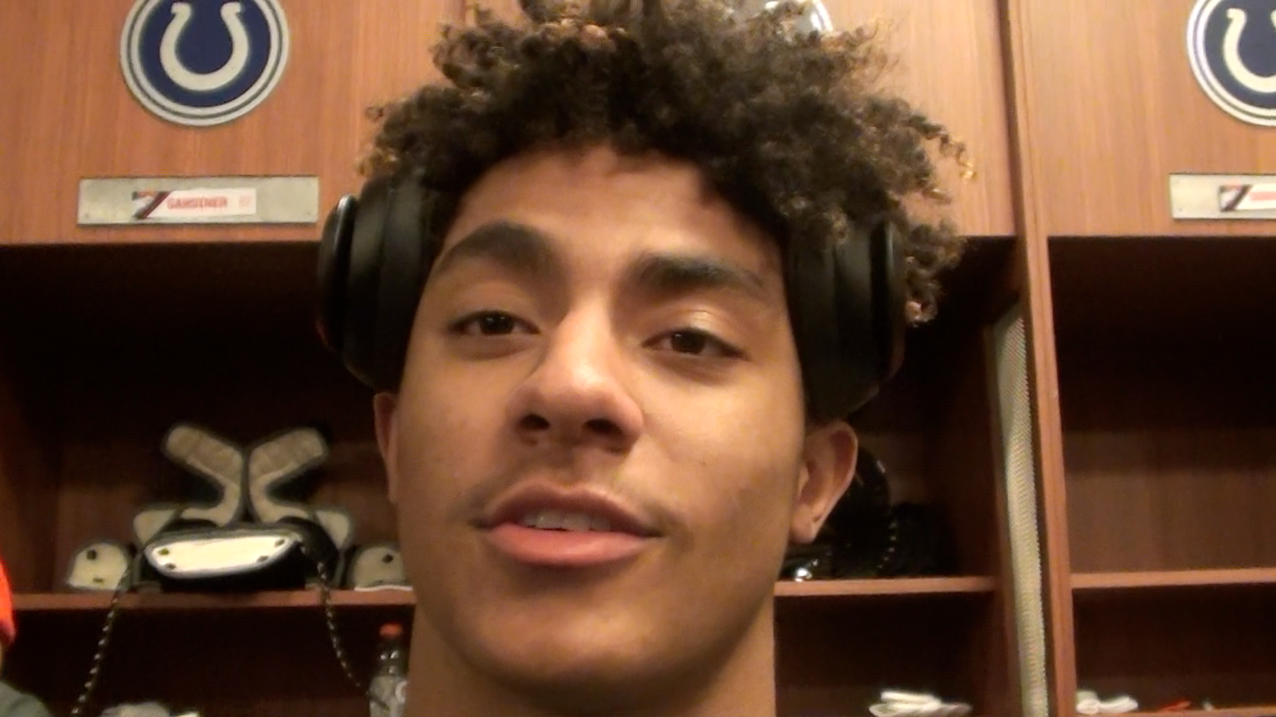 When Kamryn Babb came to Ohio State last June for summer enrollment, he envisioned his freshman year as a Buckeye being filled with wins and championships.

OSU checked off both of those boxes on its way to a 13-1 record with Big Ten and Rose Bowl titles, but the team did so while Babb watched from the sideline.

Shortly after he came to Columbus during offseason workouts, Babb tore his left ACL — opposite of his right he tore in August 2017, before he could start his senior season at St. Louis Christian Brothers College — a brutal blow after the talented playmaker had turned heads upon arriving on campus.

Near the end of the 2018 season, though, Babb had good news to share as he started turning the page to his second year at Ohio State.

Before the Buckeyes begin spring camp March 4, the four-star Babb — the 247Sports composite’s No. 73 overall prospect, No. 13 wide receiver and No. 3 player in Missouri for the 2018 recruiting class — is ahead of schedule as he works his way back.

“I’ve really been ahead of the curve this one, this go-around,” Babb told BSB in December. “I’m cutting and doing a lot of stuff I wasn’t doing (this early) my last surgery, so I’m blessed to be where I’m at right now and just taking it all in. Trying to get to where I want to be, but just leaving it all up to God to get there.”

Babb’s path to practice starting two weeks from now, when OSU starts drills at the Woody Hayes Athletic Center, has been eight months in the making.

Throughout his recovery, he has relied on family, friends and teammates — including one who went through similar obstacles — for guidance and support.

Before he graduated after his fifth-year senior campaign with Ohio State in 2018, wide receiver and team captain Johnnie Dixon nearly quit football when chronic knee issues surfaced from 2014-16.

“Just lean on God, my family and, of course, my friends, our guys on the team — especially the older guys like J.D.,” Babb said of Dixon. “He’s been through a certain situation — not the exact same, but just knowing that he went through that kind of gives me motivation and just inspiration.”

Part of Dixon’s production spike, capped by his career-best year in 2018 with 42 receptions for 669 yards and eight scores as he played in all 14 contests, came from development under wide receivers coach Brian Hartline.

Babb was recruited by former wide receivers coach Zach Smith, who was fired last July after allegations of past domestic violence surfaced, but has since built up a strong bond with Hartline, who went from interim to permanent position coach in December.

“Man, he’s amazing,” Babb said of Hartline. “Man, not just amazing on the field — he’s amazing on the field, just playing that position and being in the NFL as long as he was — but off the field as well. With my injury, he’s just been helping me out and just being there for me as a person. I look up to him and I just want to thank him for everything he’s done. He’s an awesome dude and we’re just lucky to have him.”

Now a sophomore, Brown converted to cornerback upon arrival last June and appeared across Ohio State’s first five games in 2018 before an undisclosed injury sidelined him for the rest of the season. As they worked back from their respective setbacks, Babb and Brown leaned on each other.

“That’s my brother, man,” Babb said of Brown. “And just coming here with him, I couldn’t ask for anything else because just going through injuries together — it’s nothing we wanted, but just having each other there, that’s all we can ask for.”

After the Buckeyes graduated Parris Campbell (6-1, 208) and Terry McLaurin (6-1, 205) on top of Dixon, spots are open at wide receiver as Babb returns to action.

Headlined by fifth-year senior K.J. Hill (6-0, 198), who held off the NFL draft for one more campaign with the Buckeyes, talent is in abundance for Hartline.