What We Learned: No. 3 Ohio State Survives Minnesota With Mixed Takeaways 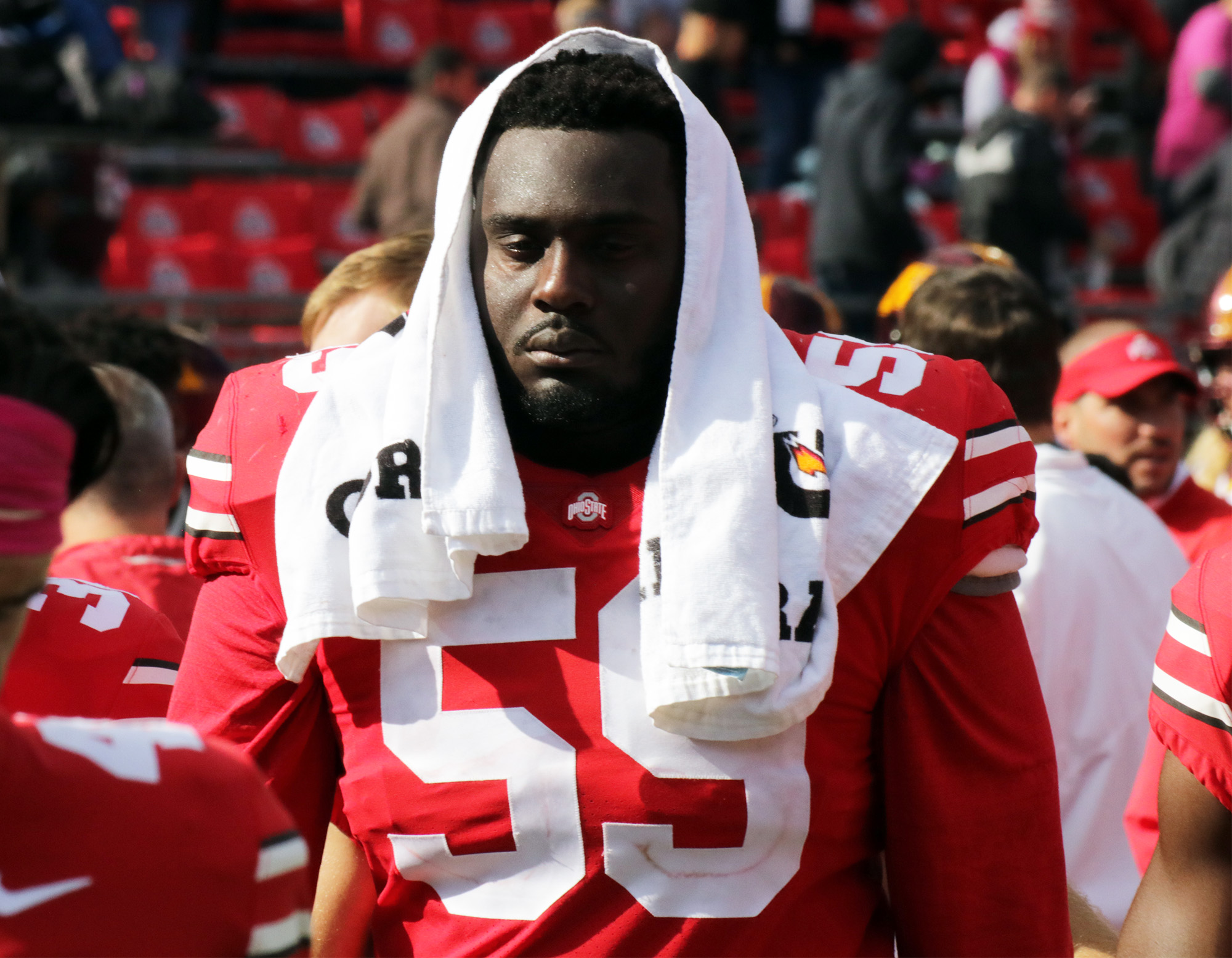 For the second straight week, Ohio State hosted a middle-of-the-pack Big Ten opponent at Ohio Stadium. And on Saturday, the No. 3 Buckeyes needed to pull away in the second half again. This time, OSU overcame its sluggish start with 20 unanswered points to take a 30-14 victory the Golden Gophers before an announced crowd of 100,042 in Columbus.

As Urban Meyer noted in the head coach’s postgame press conference, a win is a win for Ohio State (7-0, 4-0), which strung together the necessary plays to continue its unbeaten start. Certain issues resurfaced, though, in the up-and-down performance against Minnesota (3-3, 0-3). BSB breaks those down with its top five observations from what we learned.

Since his sophomore season in 2016, Isaiah Prince grew at right tackle and developed into one of Ohio State’s rocks on the offensive line as he was voted among its seven team captains. Week eight will show more about whether or not the Minnesota performance was an anomaly, but Prince struggled mightily as the Gophers got after sophomore quarterback Dwayne Haskins for three sacks — two of which came at the expense of the senior’s lack of protection off the right edge. In fact, Minnesota’s final sack — Jerry Gibson dropping Haskins three yards back on first-and-10 at the Gophers’ 27 — resulted in Thayer Munford‘s game-ending injury as the sophomore left tackle got rolled up on. Meyer said Munford only rolled an ankle, but the result on Haskins and Munford summed up Prince’s disappointment. The offensive line has given the Buckeyes enough issues across its past couple of contests. The last thing OSU wants is for its right anchor to regress any further.

Outside of Prince, Ohio State had problems getting any push on offense as its rushing attack remained nonexistent. Once the Buckeyes’ two-headed monster at running back, sophomore J.K. Dobbins and junior Mike Weber combined for 86 yards on 23 carries (3.74 average) while Haskins rushed nine times for six yards, so OSU totaled 32 attempts for 92 yards (2.88 average). On the defensive side, too, Ohio State struggled. Minnesota manhandled the Buckeyes, down two starters in junior defensive ends Nick Bosa and Jonathon Cooper, generated two sacks and zero quarterback hurries outside of those losses. Against the run, OSU got gashed by the Gophers with 178 yards on 33 attempts (5.39 average), headlined by Mohamed Ibrahim‘s 23 touches for 157 yards (6.83 average) and two touchdowns. Despite the losses on the line, the unit still has far too much talent to get pushed around by a team with lesser talent. For a while, it looked like Wisconsin was on the other side of the line of scrimmage with the way the defensive line got pushed around.

Ohio State allowed 396 total yards to Minnesota, but the Buckeyes made plays when it mattered. OSU limited Minnesota in the red zone, holding the Gophers scoreless in the second half and creating turnovers to stall potential scoring drives. On two deep balls down the left sideline — the first from junior cornerback Kendall Sheffield on the Gophers’ opening drive in the first quarter and the second from sophomore safety Isaiah Pryor with nearly 10 minutes left in the fourth quarter — Ohio State snagged two interceptions. Between the picks, redshirt freshman Shaun Wade — at safety — came up on Zack Annexstad‘s slant to Tyler Johnson and turned a 13-yard completion into a forced fumble recovered by sophomore cornerback Jeffrey Okudah. The Buckeyes had their fair share of issues on defense, which still has glaring issues across its front seven, but they made plays at key moments and pitched a second-half shutout that allowed OSU’s offense to go to work and pull away from the Gophers down the stretch.

Sidelined by a minor strain, fifth-year senior Sean Nuernberger‘s on-field absence paved the way for sophomore Blake Haubeil‘s big day at placekicker. Haubeil, who has exclusively handled kickoff specialist for the past year and a half, lined up for field goals and extra points for the first time since high school. Despite the two-year layoff, he never batted an eye as his 3-of-3 outing with a long of 47 allowed Ohio State’s stalled drives to put nine points on the board. Punt coverage, which lacked Oct. 6 despite the Buckeyes’ 49-26 win over Indiana, returned to dominance. Sophomore punter Drue Chrisman took only two kicks for 92 yards (46.0 average), but his leg proved huge when he pinned Minnesota at the Gophers’ own 1 on a 46-yard boot downed by fifth-year senior wide receiver Terry McLaurin. OSU’s offense possesses serious firepower, but special teams is right there with the way it has performed at pivotal moments so far in the season.

Despite the issues, Ohio State showed how talent prevails against an inferior opponent such as Minnesota. The Gophers provided the Buckeyes plenty of problems, but OSU’s amount of athletes and speed ultimately overwhelmed. Up next, Ohio State heads west Saturday at Purdue for a 7:30 p.m. ET kickoff on ABC. On paper, the Buckeyes should overmatch the Boilermakers, who entered week seven at 2-3 overall and 1-1 in conference play. OSU found ways to win with the second-half triumph past the Gophers, highlighted by Haskins’ 33-of-44 passing (75.0 percent) for 412 yards and three touchdowns, which rightfully deserves credit where it is due. At the same time, down the stretch of the season with title aspirations in the Big Ten and beyond for the College Football Playoff, similar efforts turned in against opponents of equal talent are unlikely to be as forgiving.