What We Learned: No. 10 Ohio State Still Has Issues Despite 36-31 Win Over Nebraska 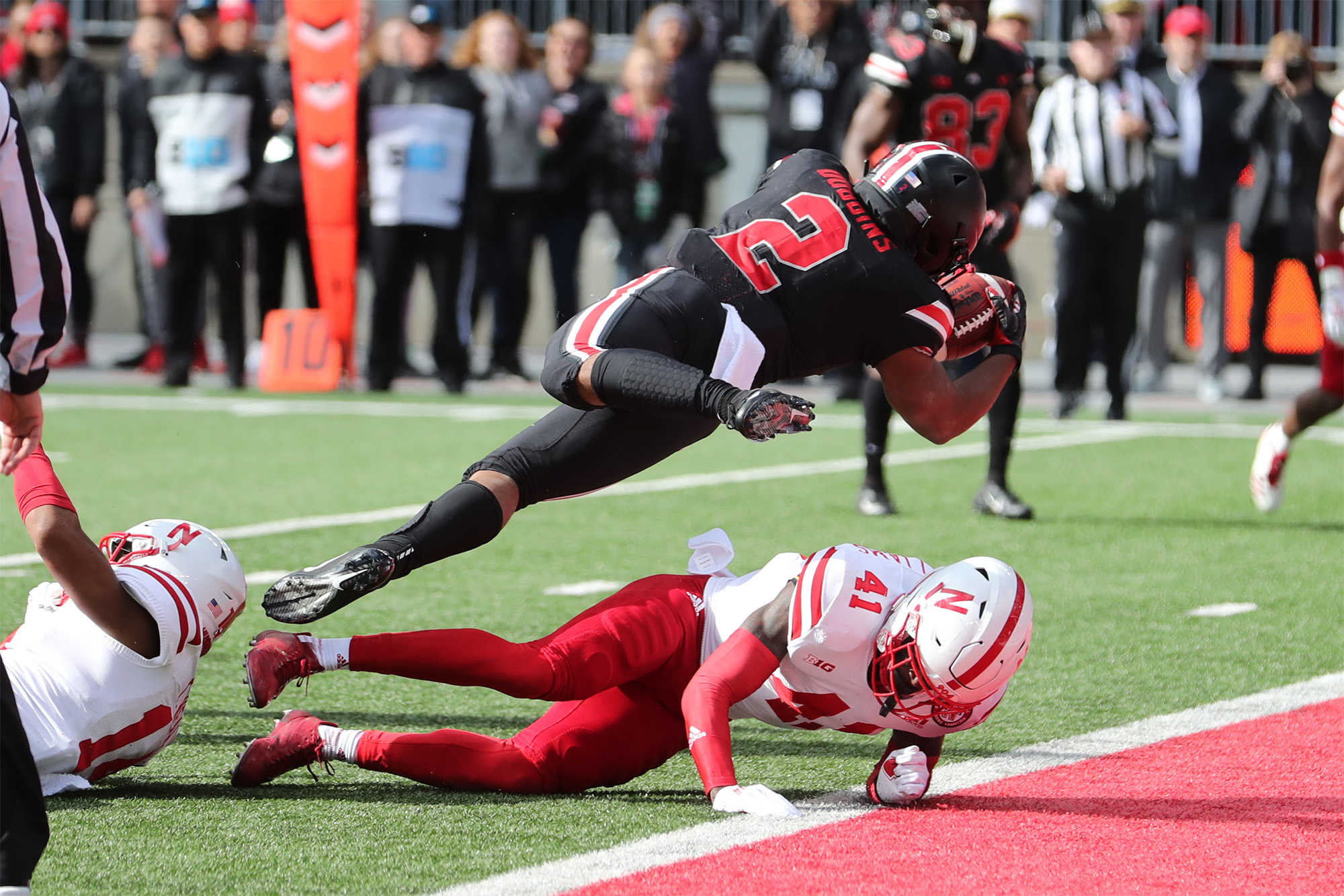 Ohio State bounced back from its first loss of the season two week ago, surviving Nebraska’s best punch and recording a 36-31 victory Saturday at Ohio Stadium.

Despite the result from the Big Ten battle with the Cornhuskers (2-7, 1-5), which included improvement, recurring issues remained for the No. 10 Buckeyes (8-1, 5-1).

OSU takes the win for what it is into next weekend’s trip to Michigan State (6-3, 4-2), but what more was there to glean from another up-and-down performance?

Whatever it was, Ohio State fixed the run game — kind of. Behind the two-headed attack at running back with sophomore J.K. Dobbins and junior Mike Weber, the Buckeyes broke open on the ground for 229 yards. Dobbins (23 carries, 163 yards, three touchdowns) and Weber (nine carries, 91 yards) energized the revival, which ultimately allowed OSU to accumulate 481 total yards of offense after an off day of sorts through the air. With heavier sets, the red zone picked up its production behind redshirt freshman Wyatt Davis as an added lead blocker along with tight ends Luke Farrell and Jeremy Ruckert on the field at the same time. In this department, the coaching staff made the necessary personnel and scheme adjustments to tweak things and the overall numbers reflected the moves.

Nebraska carved Ohio State for 450 total yards, 266 passing, as the Cornhuskers cashed in and put 31 points on the board. While the Buckeyes made slight scheme changes as they mixed in more zone coverage to their press-man philosophy, the big-play woes resurfaced once again. Stanley Morgan (46 yards), Allen Austin (41 yards) and Maurice Washington (20 yards) each took receptions of 20 yards or more. OSU missed junior safety Jordan Fuller, who was ejected in the second quarter for targeting, but sophomore Brendon White stepped in and showed promise. The overall back seven, however, had glaring issues resurface for the latest week. If the problems are ongoing even after an off week, will the defense be able to correct its woes as the stretch run of the season starts up now?

Ohio State turned the ball over three times, two of which were fumbles that resulted in touchdowns on the other end for Nebraska. Had the Buckeyes not coughed the ball up those two times, both coming near midfield or in Cornhuskers territory, maybe the second half unfolds a bit differently. OSU already has enough issues on its plate to correct. Ball security becoming the latest isn’t a trend head coach Urban Meyer wants to see this late in the season.

Dwayne Haskins isn’t perfect after all. The sophomore quarterback completed 18 of his 32 passes (56.25 percent) for two touchdowns and one interception, which came down in the red zone on Ohio State’s first drive of the second half to start the third quarter. The Buckeyes picked up the slack for Haskins, whose numbers leaned heavily on touch passes to fifth-year senior H-back Parris Campbell and crossing routes to junior H-back K.J. Hill, but the signal caller didn’t light the world on fire.

After an 0-6 start, Nebraska is hitting stride under first-year head coach Scott Frost. After back-to-back wins, the Cornhuskers gave the Buckeyes everything to handle, particularly with young talent on offense. Freshman quarterback Adrian Martinez is a dual-threat weapon, evidenced by the balance of athleticism and speed he showcased with his 338 total yards and three touchdowns responsible for. Ohio State’s problems plagued the Buckeyes from breaking things open and kept Nebraska hanging around, but the Cornhuskers deserve credit where it’s due as they find more of an identity behind Frost and Martinez. It could catapult the program back up the Big Ten sooner than later.