What To Watch: NCAA Tournament Second Round, Saturday 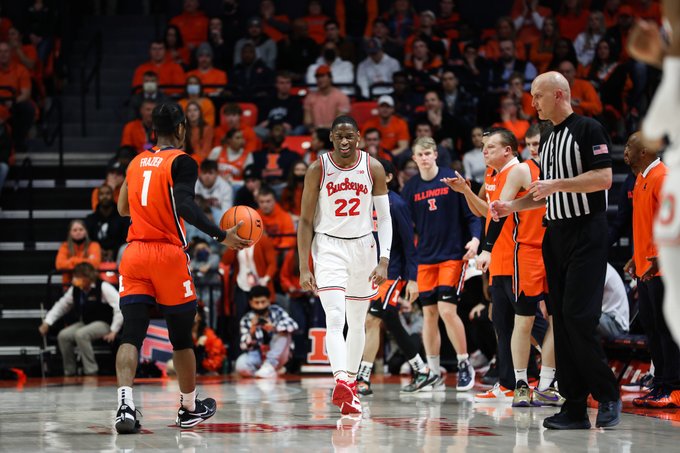 No. 7 Ohio State won’t tip off in its second round matchup against No. 2 Villanova until March 20, but there are plenty of NCAA Tournament games to keep an eye on as the second round opens, including one that could set the Sweet 16 matchup for the Buckeyes if they advance, a 15-seed looking to keep rolling, three top seeds in action, and more.

No. 3 Tennessee vs. No. 11 Michigan (5:15 p.m., CBS): The only South regional action of the day, the only Big Ten action of the day, and the game that will set the opponent for the winner of Ohio State-Villanova, there’s no bigger game of the slate for Buckeye fans. The Wolverines upset sixth-seeded Colorado State, 75-63, behind a dominant 46-point second half, with 21 points from star center Hunter Dickinson.

The Volunteers, meanwhile, dominated 14th-seeded Longwood 88-56 in the first round with 48 points from the guard trio of Kennedy Chandler, Josiah-Jordan James and Santiago Vescovi. The Vols have won eight in a row and 13 of their last 14, including victories over second-seeded Auburn and Kentucky (twice) and fourth-seeded Arkansas on the way to an SEC title.

No. 4 Providence vs. No. 12 Richmond (6:10 p.m., TNT): Fresh off its first round upset of No. 5 Iowa, Richmond will look to keep its run alive against No. 4 Providence, which took care of highly powered South Dakota State to open the tournament. The Spiders will lean on Jacob Gilyard and Tyler Burton, who pitched in 42 points to topple the Hawkeyes. The Friars lean on a balanced attack but will lean on Indiana transfer Al Durham to spearhead the offense.

No. 4 UCLA vs. No. 5 Saint Mary’s (7:10 p.m., TBS): The closest matchup of the day in seeding, the Bruins and Gaels enter this matchup under wildly different circumstances. UCLA narrowly avoided the 13th-seeded Akron Zips in the opening round, 57-53, with a late offensive burst from guard Tyger Campbell, whose individual 8-0 proved enough to survive. Saint Mary’s, meanwhile, toppled Indiana by nearly 30 points, 82-53 with 20 points from guard Logan Johnson and 19 from Tommy Kuhse.

No. 7 Murray State vs. No. 15 Saint Peter’s (7:45 p.m., CBS): Saint Peter’s looks to keep up its Cinderella run after upending Kentucky in the opening round, but has a tough draw for it. Murray State is one of just two programs with more than 30 wins this season, and is coming off an Ohio Valley title and a 92-87 victory over San Francisco in the first round. The Peacocks will need another hot-shooting performance to defeat the Racers.